Watch Aston Villa vs Liverpool in the Carabao Cup quarter-final on Tuesday from 7.30pm on Sky Sports Football

Liverpool midfielder Georginio Wijnaldum will not play in Wednesday's Club World Cup semi-final against Monterrey, the club has confirmed.

Wijnaldum has travelled with the Liverpool squad to Doha, where he is continuing his recovery from a hamstring injury.

Centre-back Virgil van Dijk, who won the Football Supporters' Association Player of the Year Award on Monday, underwent a bespoke session at Qatar University to work his way back to full fitness.

Dejan Lovren and Rhian Brewster have both been replaced in Jurgen Klopp's squad out in Doha, with Ki-Jana Hoever and Sepp van den Berg expected to fly out after the Carabao Cup tie against Aston Villa on Tuesday.

Heavy rain and thunderstorms in the past week led to concerns that the pitch at Khalifa International Stadium would not be up to the required standard.

However, FIFA is in regular talks with pitch experts from all competing sides - including Liverpool - and the governing body is "confident" the playing surface will cope with hosting five games in total by Saturday night. 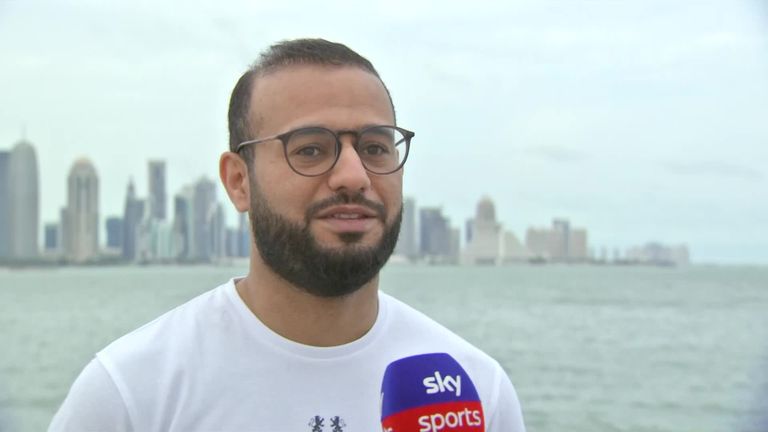 A statement read: "FIFA and the Local Organising Committee (LOC) have taken all the necessary measures to ensure competing teams experience excellent playing surfaces at the stadiums and training sites during the FIFA Club World Cup Qatar 2019.

"Regular usage and the weather that is typical in Qatar at this time of year were naturally foreseen and factored into our competition planning to ensure a quick and smooth recovery of any playing surface.

"We are also in regular touch with the pitch experts from the competing teams, who have been briefed about such procedures, and we are confident that the pitch will cope well and provide optimum conditions for all participating teams."

Liverpool first take on Villa in their League Cup quarter-final - live on Sky Sports Football - before facing Monterrey in Doha the following evening.

The club have opted to split their playing and coaching resources in order to be able to play in both competitions, with Liverpool U23 boss Neil Critchley expected to take charge of the club's Carabao Cup last-eight tie at Villa Park.