Arsenal midfielder Lucas Torreira is set to miss eight to 10 weeks of action after suffering a fracture in his right ankle last week.

The Uruguay international was taken off on a stretcher early on during the 2-0 FA Cup win at Portsmouth last week and was later seen leaving Fratton Park on crutches.

A fracture was confirmed by Arsenal late last week but no return date was set until the 24-year-old had seen a specialist - with further information released on Monday now ruling him out for between eight to 10 weeks. 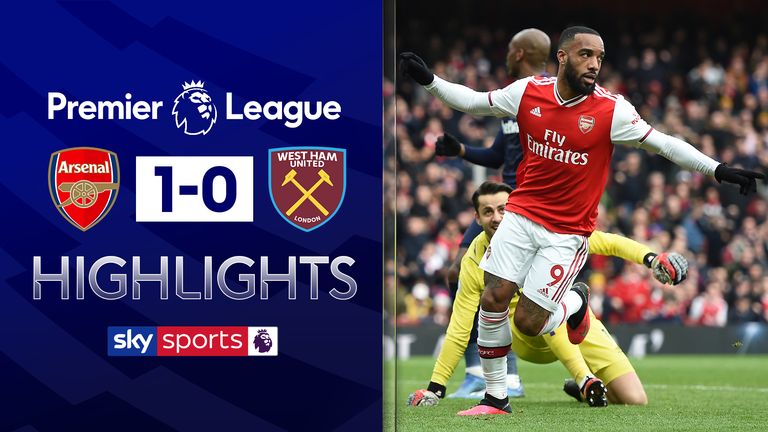 FREE TO WATCH: Highlights from Arsenal's win against West Ham in the Premier League

But speaking later on Monday Arsenal boss Mikel Arteta had a slightly more optimistic take on whether the 24-year-old could return before the end of the season.

"I wouldn't like to rule him (out)," he said. "Lucas is really keen and is wanting to play again this season. We will know in the next two to three weeks. It depends on how the bone is healing, how he is doing in his rehab, and at the moment we don't know anything for sure."

But that now looks highly unlikely given the diagnosis and how long it would then take him to get back up to speed.

Shkodran Mustafi sat out the 1-0 win over West Ham on Saturday with a thigh injury and will be assessed ahead of Wednesday's game away to Manchester City, live on Sky Sports Premier League.

January signing Cedric Soares is aiming to return to training this week, while left-back Sead Kolasinac is expected back in training at the end of the month.