Lucas Torreira is close to completing a season-long loan move from Arsenal to Atletico Madrid.

A loan deal with an option to make the signing permanent has been agreed between the two clubs, and Torreira is in Madrid finalising his move to the Metropolitano Stadium.

Uruguay international Torreira, who was also linked with a move to Serie A side Torino, arrived at Arsenal from Sampdoria in 2018 and featured 39 times in all competitions last season, but has not played for the Gunners this term.

Arsenal have been open to selling Torreira this summer in order to fund moves for other midfield targets.

The club remain interested in Atletico's Thomas Partey, while reports in France have suggested that another player on the Gunners' shortlist, Houssem Aouar, is staying at Lyon.

Chelsea's Jorginho has also been linked with a move to the Emirates Stadium.

Speaking ahead of Arsenal's match against Sheffield United on Super Sunday, live on Sky Sports, Mikel Arteta said that the remaining time prior to the transfer deadline is "crucial", and revealed there may be incomings and outgoings at the club before 11pm on October 5. 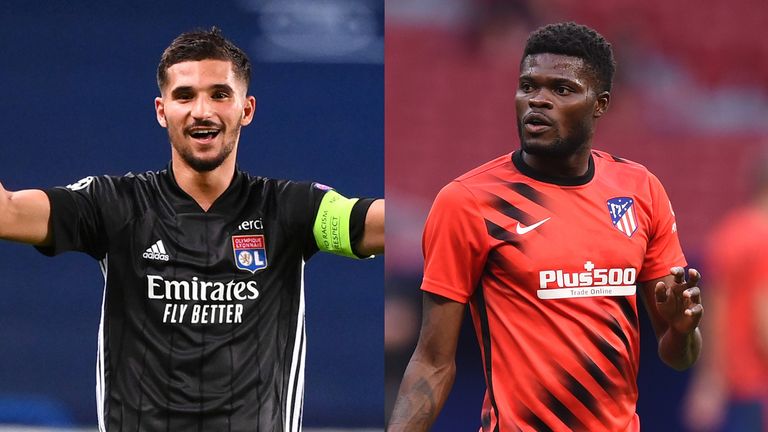 Dharmesh Sheth reports that Arsenal are actively seeking to offload players in order to help fund deals for potential incomings at the Emirates.

"We need to make some decisions in the next three days. Everything has been delayed so much, not only for us but every team," he said.

"We will try to make the best possible decisions and at the end, whatever we have, we go for it fully convinced and prepared to have a good season."

Matteo Guendouzi could be another player that may depart the Emirates before the transfer deadline, with Marseille interested in his services.

Bayer Leverkusen are also in talks with Arsenal over signing winger Sead Kolasinac.