Marco Silva has been charged with improper conduct by the Football Association after confronting the match officials following Everton's 3-2 defeat at Newcastle on Saturday.

Everton had led 2-0 at half-time before Newcastle staged a remarkable second-half comeback, but Silva was left furious with the match officials at the end of the game, taking to the pitch to confront them.

Silva, who insisted five players had been in offside positions in the build-up to Ayoze Perez's winning goal, has until 6pm on Thursday to respond to the charge.

An FA statement read: "Marco Silva has been charged with a breach of FA Rule E3 following the Premier League game against Newcastle United on Saturday [9 March 2019].

"It is alleged the Everton manager's behaviour on the field of play at the end of the fixture amounts to improper conduct.

In his post-match interview, Silva told Sky Sports: "When they scored the third goal it was a big mistake by the assistant, nothing more to say. 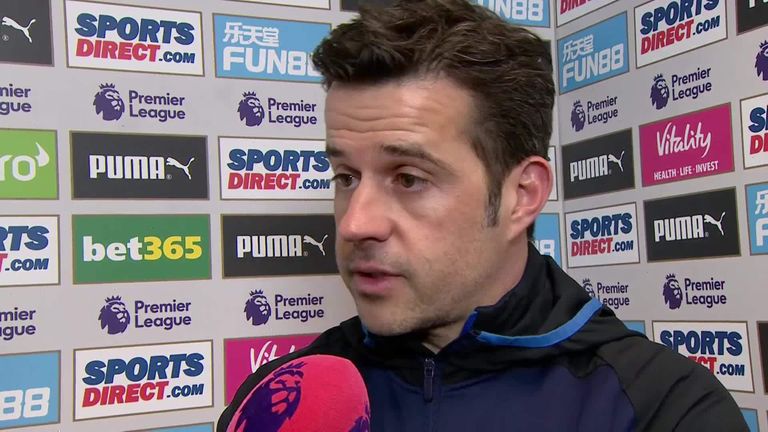 "It was a clear offside, five players in offside positions."

Everton were ahead at the interval through goals from Dominic Calvert-Lewin and Richarlison, but capitulated after strikes from Salomon Rondon and a Perez double secured Newcastle's fifth straight win at home.

Tottenham manager Mauricio Pochettino was banned for two games earlier this week following a clash with referee Mike Dean in Spurs' defeat at Burnley last month, and now Silva will have to wait to find out whether he will face a similar punishment.