Carlo Ancelotti told the club he wanted to leave amid interest from Real Madrid following Zinedine Zidane's resignation at the Bernabeu; Ancelotti exits having led the Toffees to 10th in the Premier League this season; the club's board will meet on Tuesday to discuss replacement options

Carlo Ancelotti has left his role as Everton manager to take up the position of head coach at Real Madrid.

The Everton board will meet on Tuesday night to discuss possible replacements for the departing Italian. They met last week to support the head coach with his plans for next season, however, since then Ancelotti told the club he wanted to leave.

The 61-year-old is to re-join Real Madrid, with the La Liga club having confirmed the appointment on Tuesday evening.

An Everton club statement read: "Everton can confirm that Carlo Ancelotti has left his position as manager to take up the role of Head Coach at Real Madrid."

"Everton would like to place on record its thanks to Carlo for his service to the Club over the past 18 months.

"The Club will begin the process of appointing a new manager immediately and will provide updates in due course."

Ancelotti, who joined Everton on a four-and-a-half-year contract in December 2019, said: "I would like to thank the Board of Directors, the players, and the Evertonians for the tremendous support they have all given me during my time at the Club.

"I have complete respect for everyone associated with Everton and hope they can achieve the exciting opportunities they have in front of them.

"While I have enjoyed being at Everton I have been presented with an unexpected opportunity which I believe is the right move for me and my family at this time."

Ancelotti also released a statement on his Twitter account, revealing that he decided to depart Goodison Park for a new challenge at a club that is "always in my heart".

Real Madrid announced the move in their own statement and confirmed their former boss has been re-appointed on a deal until the end of the 2023/24 season.

It read: "Real Madrid C. F. announces that Carlo Ancelotti will be the club's first-team coach for the next three seasons.

"The ceremonial signing of the contract will take place tomorrow with club president Florentino Pérez at Real Madrid City, after which Ancelotti will address the media from 6pm (CET) in an online press conference."

Ancelotti has returned to the Bernabeu following Zinedine Zidane's departure. The 48-year-old left after the club failed to win a trophy this season for the first time since the 2009/10 campaign.

The Frenchman said on Monday that he chose to leave because the club "no longer has the faith in me I need".

It is the second time the former Real midfielder has left his role as manager. In 2018 he departed after winning nine major honours during his first spell, including three Champions Leagues.

The move for Ancelotti - who previously coached Real between 2013 and 2015 - developed quickly, with president Florentino Perez personally leading negotiations following the departure of Zidane.

During his first spell at the Bernabeu, Ancelotti led Real to victory in the 2014 Champions League final against rivals Atletico Madrid, as well as Copa del Rey, UEFA Super Cup and Club World Cup glory that year.

However, he was sacked in 2015 after ending the season without a major trophy, after which he went on to coach Bayern Munich and Napoli, before joining Everton.

He steadied the ship at Goodison Park after replacing Marco Silva mid-season, and then oversaw the Toffees' push for European qualification this campaign.

However, Everton's season was undermined by their consistently poor home form - they won just six matches in their own stadium in the Premier League - which ultimately saw them finish 10th.

Ancelotti had been linked with a return to Real for several weeks, but dismissed those reports in May as "not true".

"This is good publicity for me to be linked with Real Madrid but it is not true," he said. "I am really happy to stay here.

"We have difficulties of course, but I feel good at Everton and my target is to make Everton better and better every year." 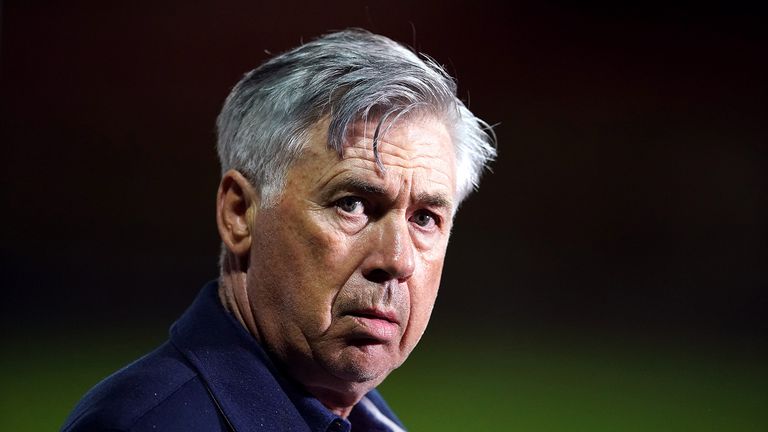 'Ancelotti exit a surprise for Everton'

"There have been high spots this season for Carlo Ancelotti, he started with seven straight wins in all competitions.

"While they never really rediscovered that kind of consistency they did beat Liverpool for the first time since 1999 which was the start of a three-match winning run which kept them in the hunt for Europe.

"But then they won just three of their remaining 12 league games, including the final home game of the season in front of 6,000 fans at Goodison Park.

"That 5-0 defeat to Manchester City on the final day really summed up Everton's slump from European hopefuls to a 10th-placed finish.

"It is a surprise. It was only in the last couple of weeks that Ancelotti was meeting with the board to finalise transfer plans for the coming summer.

"Prior to the end of the season he was questioned about links with Real Madrid and he played those down.

"He made a point throughout his time at Everton about just how welcome he'd been made to feel, how he'd settled well in the area, how he wanted to be a part of the big project, to help deliver success that would ultimately mean he would be the manager to take them into their prospective new stadium.

"Everton are now looking for their sixth permanent manager since David Moyes joined Manchester United in 2013.

"David Moyes is unsurprisingly being linked, he was in line for a return before Fahrad Moshiri appointed Ancelotti, but negotiations with West Ham are well advanced over tying him down to a new deal.

"Nuno Espirito Santo is out of work having left Wolves, Ralf Rangnick is someone who Everton have spoken to before over the manager's job. Or, is now even the right time for Duncan Ferguson who filled one of Ancelotti's assistant roles." 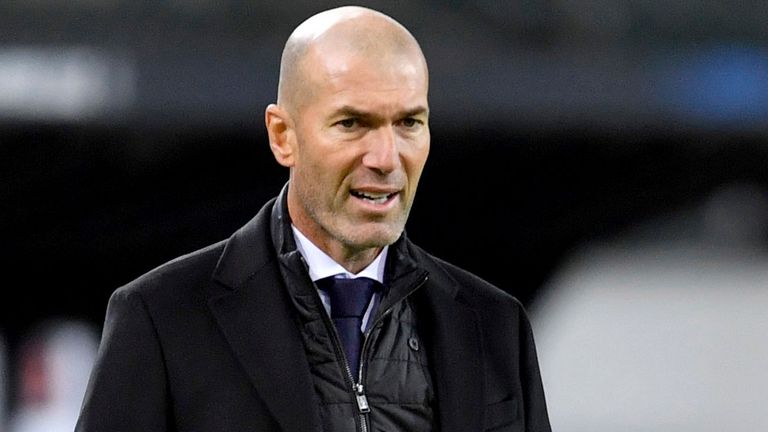 There is no escaping the risk that came with Everton appointing a manager of Carlo Ancelotti's pedigree within the game 18 months ago.

In opting to pursue the Italian over other candidates that included David Moyes, Everton knew the potential for a more illustrious club - especially with a track record of success under his stewardship - expressing an interest should their house need putting back in order.

What will sting for supporters are the words of Ancelotti, just a week after his Crosby family house had been burgled and shortly after he had ended Everton's 22-year wait for a win at Anfield back in February.

"I would like to be there when the new stadium is opened," he said. "It will be a good achievement for me. To finish the contract here in 2024 means that you did a good job and when you do a good job the contract will not be stopped in 2024. It will continue. The time I spent here is one year and I have felt really good so I would like to stay as long as possible."

It is worth remembering how the 61-year-old arrived at Goodison Park in the first place.

His stock had plummeted after an acrimonious departure from Napoli. The Serie A club's owner Aurelio De Laurentiis brought an end to his 16-month stay and fired him less than an hour after qualifying for the Champions League knockout round.

De Laurentiis cited poor domestic form; Napoli were seventh in Serie A, eight points outside the top four and 17 off the summit. His departure came on December 10, 2019 - but just 11 days later, he was sensationally appointed Everton boss.

This was a man who has won 15 major trophies during his career and is one of only three managers to win three European Cups/Champions Leagues - along with Liverpool legend Bob Paisley and Zidane.

Everton were 15th in Premier League and four points outside of the relegation zone when this serial winner became the club's fourth permanent manager in 21 months.

Naturally, there were those who were sceptical about hiring a manager renowned for short spells and instant success in the hotseat at a club that had been in disarray towards the end of Marco Silva's tenure.

Ancelotti relished the fresh challenge, however, and quickly fell in love with his coastal home, growing a strong affinity with supporters starved of success.

He stabilised Everton in the second half of the 2019/20 season, guiding the club safely away from any relegation trouble while assessing those he wanted to build his side around in a bid to bring European football back in his first full campaign.