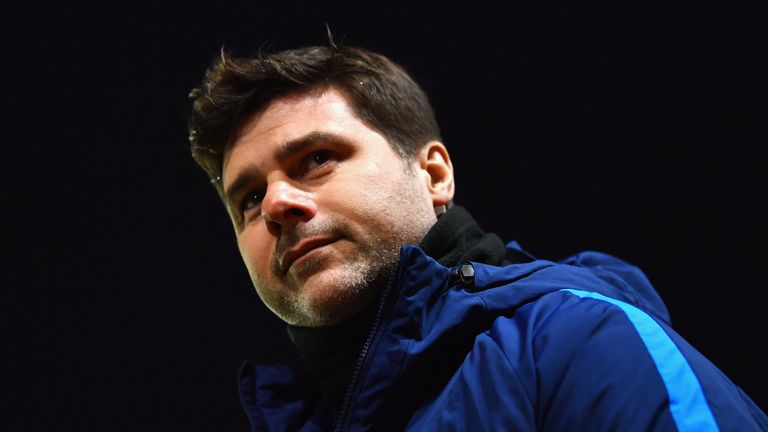 Mauricio Pochettino is in relaxed mood ahead of the new season

Tottenham manager Mauricio Pochettino admitted the early closure of the Premier League transfer window poses a challenge but was otherwise content with how pre-season is progressing.

Spurs - minus the nine players, including Harry Kane, Kieran Trippier, Toby Alderweireld, Jan Vertonghen, who were involved in the latter stages of the World Cup - are currently in Los Angeles as part of their preparations for the new campaign.

The agreement among Premier League clubs to close their transfer window on Thursday, August 9 - the day before Manchester United face Leicester in the season opener, live on Sky Sports - may pose a problem to Pochettino.

He appeared in relaxed mood, however, after taking his players through an open training session in front of the fans in America.

"The Premier League transfer [deadline] day is so early when you compare it with the rest of Europe. It is not going to help a team like us but that is how they decided to work," he told Sky Sports News.

"Every season is the same, we talk about adding more quality.

"It is always about [players] in and out. We are trying to arrive in the competition in the best condition.

For me, success is to win! Tottenham, in the last few years, have achieved the Champions League and that is success but the real success is to touch the trophies.

"There are a lot of things to improve but I am happy in the way we are working. After the World Cup, it is always difficult but we need to adapt our plan for different players.

"England players were involved [until the semi-finals] compared to four years ago or eight years ago [when they were knocked out much earlier].

"But that is a good challenge for everyone."

Spurs have finished second and third in the Premier League in the last two seasons and although Pochettino acknowledged that qualifying for the Champions League is crucial, he believes true success can only be measured by how many trophies a team wins.

"For me, success is to win! Tottenham, in the last few years, have achieved the Champions League and that is success but the real success is to touch the trophies," he added.

"We need to keep the hunger, the vision and our way to try and win games and be a solid team."

Barcelona will get their pre-season matches underway this weekend when they take on Tottenham in the ICC, and there could be a debut for Malcom.

Tottenham defeated Roma 4-1 in the International Champions Cup on Thursday and play Barcelona in the same tournament at the Rose Bowl in California on Sunday.