England forward scored 14 goals last term for both club and country and joins summer recruits Leon Bailey, Emi Buendia and Ashley Young at Villa Park; on the signing, boss Dean Smith said: "Danny is an outstanding Premier League footballer who has scored goals wherever he has played." 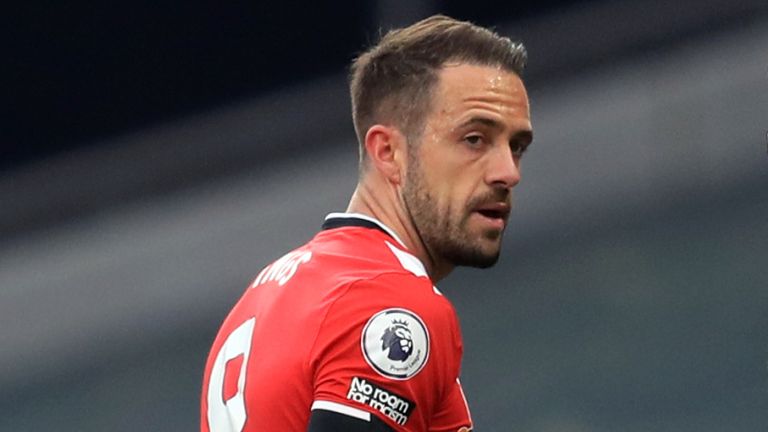 Aston Villa have signed England striker Danny Ings from Southampton for £25m on a three-year deal.

On the signing, head coach Dean Smith said: "Danny is an outstanding Premier League footballer who has scored goals wherever he has played. Following the news Danny Ings has joined Aston Villa from Southampton, we take a look back at some of his best Premier League goals

"He is also a top professional with a great character who will be a leader in our squad and a role model for our rapidly developing young Academy players who are now in and around the first team."

Meanwhile, Villa could be set to lose captain Jack Grealish to Premier League champions Manchester City in a British record £100m, with the player set to undergo a medical on Thursday.

City have been heavily linked with the 25-year-old all summer and reportedly made their offer last Friday.

The move would represent the biggest transfer in English football history, breaking the previous record held by Paul Pogba who rejoined Manchester United for £93.25m from Juventus in 2016.

Should a deal be finalised, Villa are expected to formalise their interest in Norwich City attacking midfielder Todd Cantwell.

As yet, there has been no official contact but Norwich are aware of Villa's interest.

Hasenhuttl not surprised by Ings departure 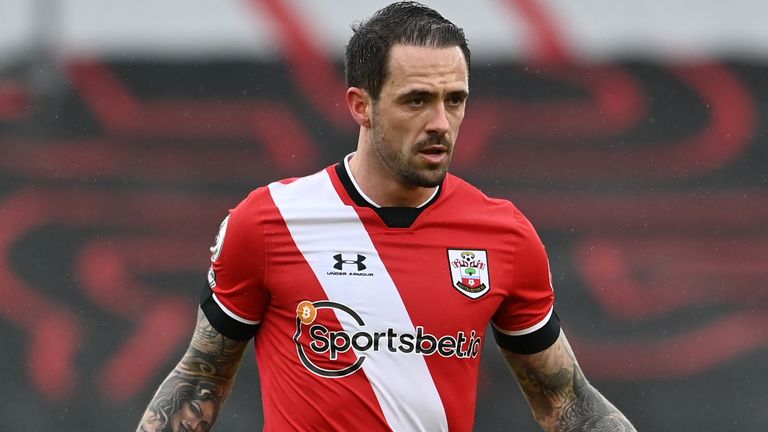 Southampton manager Ralph Hasenhuttl says he is not surprised by Ings' departure and hopes to use the money from the transfer to replace him.

Speaking after Southampton's friendly against Levante on Wednesday, he told Sky Sports News: "It was not a shock to me. We are always informed about what is going on behind the scenes. It was clear we had a player who didn't want to sign for us anymore.

"I must say it is fantastic we get a lot of money for him. He did a fantastic job for this club. He was an amazing goalscorer when he was here. It's a pity that he leaves, but this is the business and I want to say thank you for the time he played for us.

"I think it is his right to choose somebody else and we can replace him with the money we've got and this is the best we can do in this moment.

"We know that we need maybe two more players, so we must always look to buy players a little bit cheap and then sell them a little bit more expensive. This is our business, this is how we are working here. It helps us massively, definitely.

"We lose a very important striker who scored a lot of goals so if we want to be as successful offensively as we have in the past, then we must split the goals he scored on all the other shoulders of the players, then maybe we can replace him.

"Hopefully we can get two or three more players in. We must have a look at what striker we need, definitely. We have a few alternatives [in our own squad] but we know we need somebody else."

'Ings deal out of the claret and blue'

"This deal has come completely out of the claret and blue! This takes me back to when you would pick up a newspaper 20 or 25 years ago to find out the transfer news. Villa have kept this one really hush, hush.

"He's signed a three-year deal and we understand the deal to be around £25m. It's their fourth signing of this window following the arrivals of Ashley Young, Leon Bailey and Emi Buendia.

"We know that Ings was in the final year of his contract and Southampton did all they could to keep him at the club. When they sat down with him to discuss a new contract, that deal would have made him the highest-paid player in their history.

"But he decided not to sign it. It looked like he would see out the rest of his contract but Villa have seen an opportunity."

"Aston Villa are being very smart. We have seen in the past when clubs sell players for big money sometimes it's a bit hit and miss what they do with the money they receive, thinking back to the case of Gareth Bale. Tottenham signed eight players and a lot of those deals did not work out.

"Villa are being very decisive in the transfer market and they have not even waited for the Grealish deal to be sorted in order to invest the money. Buendia was the standout player in the Championship last season, and Danny Ings guarantees you goals.

"He's the second-most lethal finisher when you look at his record in the Premier League, in terms of shot conversion. When he gets the chance, he invariably takes it and I feel he was close to getting into the England squad during the summer."