Newcastle will be without Martin Dubravka for the opening game of the Premier League season after the team's first-choice goalkeeper picked up a heel injury in training last week.

Dubravka, who started all 38 of the Magpies' league games last season, is likely to be out of action for several weeks and will also miss Slovakia's UEFA Nations League fixtures against Czech Republic and Israel next month. ​

Slovakia head coach Pavel Haval revealed on Thursday he thinks the goalkeeper faces six to eight weeks on the sidelines.

Haval said: "He [Dubravka] has problems with his ankle, he dropped out for six to eight weeks. I believe that he will be fine for the next matches [Slovakia's October fixtures against Republic of Ireland, Scotland and Israel]."

Dubravka, 31, has not missed a Premier League game since making his debut in a 1-0 win against Manchester United in February 2018.

Dwight Gayle is also facing a lengthy absence after injuring his ankle in Tuesday's pre-season victory over Crewe.

Gayle came on as a second-half substitute but was replaced by Daniel Barlaser after just 18 minutes on the pitch.

The striker went for a scan on Wednesday and is understood to be out for months, rather than weeks. 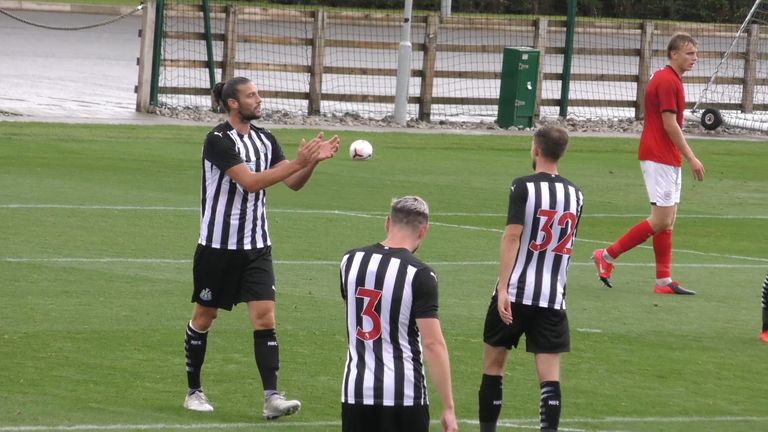 Highlights from the pre-season friendly between Newcastle and Crewe

Newcastle have an interest in PAOK defender Dimitrios Giannoulis - but signing a left-back is not a priority at the moment.

Greece international Giannoulis is valued around £4m and is available.