West Ham's Issa Diop has warned Manchester United he is even better this season than when the two sides last met at the London Stadium.

The Hammers cruised to a 3-1 victory in September last year with the 22-year-old centre-back being singled out for praise by then-Manchester United boss Jose Mourinho after the game.

But despite many believing it was his best performance since signing from Toulouse in June 2018, Diop believes there was still room for improvement - improvements he has already made this season.

Speaking exclusively to Sky Sports News, Diop said: "We did a very good game, winning 3-1 but for me it was not perfect because we conceded a goal so I wasn't very happy.

"Personally I don't think I played a very good game and when I reviewed it, I saw what I did wrong and this year I am going to try to improve on it.

"I think I am already a better player, I have more experience but I still need to improve and will continue to work towards that."

West Ham entertain United on Sunday afternoon, live on Sky Sports, on the back of a four-game unbeaten streak and against an Ole Gunnar Solskjaer side who are still very much a work-in progress.

And although Manchester United will be coming off the back of an uninspiring 1-0 Europa League win over Kazakhstani minnows Astana, Diop believes there is never a good time to play them.

"They have good players, we all know the potential of Manchester United because they have a strong team and it's always difficult against them," Diop added.

"There is no good time to play Manchester United but for us every Premier League game is special, not just those against the top six." 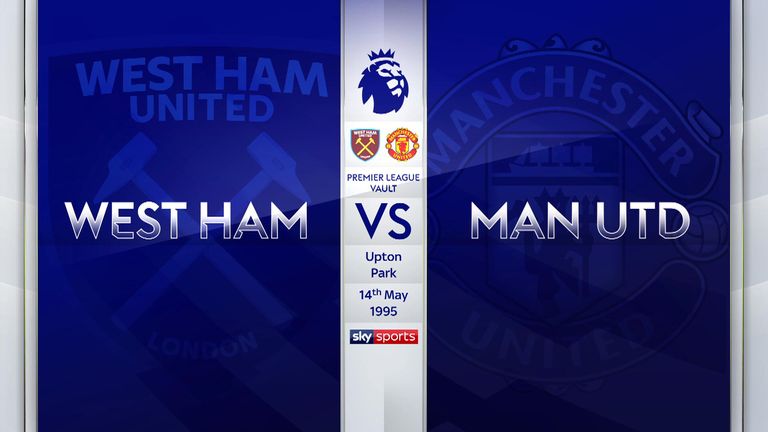 Manchester United travelled to Upton Park in May 1995 needing a win to claim the Premier League title, but they were frustrated by an in-form Ludo Miklosko

This weekend's Super Sunday will be focused on England's capital with 'London Calling' taking over Sky Sports.

We'll have two games from London live and exclusive, starting over in the east of the city as West Ham host Manchester United with coverage starting on Sky Sports Premier League at 1pm and kick-off at 2pm.