The Papa John's Trophy: All you need to know, including format, who's taking part and where I can watch it

The EFL Trophy, now the Papa John's Trophy, will complete the round of 16 on Wednesday; the competition features clubs from League One and League Two, as well 'Academy teams' from both the Premier League and Championship

The EFL Trophy, now known as the Papa John's Trophy, continues with the round of 16 on Wednesday night. Unsure about the exact format of the competition? Well, not to worry as we explain it all to you here…

So, what is the Papa John's Trophy?

It is the English Football League [EFL] Trophy featuring clubs from League One and League Two, as well 'Academy teams' - with Category One status - from both the Premier League and Championship.

Hang on, was it not known as the Leasing.com Trophy last season?

Correct, the EFL Trophy was sponsored by Leasing.com last season after the car leasing company had initially agreed a three-year deal to sponsor the competition last August.

However, the competition was rebranded as the 'Papa John's Trophy' in October after the EFL agreed a new lucrative three-year sponsorship deal with the takeaway pizza company.

"The exclusive partnership, which will run until at least the end of the 2022/23 season, sees the competition become known as the 'Papa John's Trophy' with immediate effect," said the EFL when announcing the agreement on its official website. 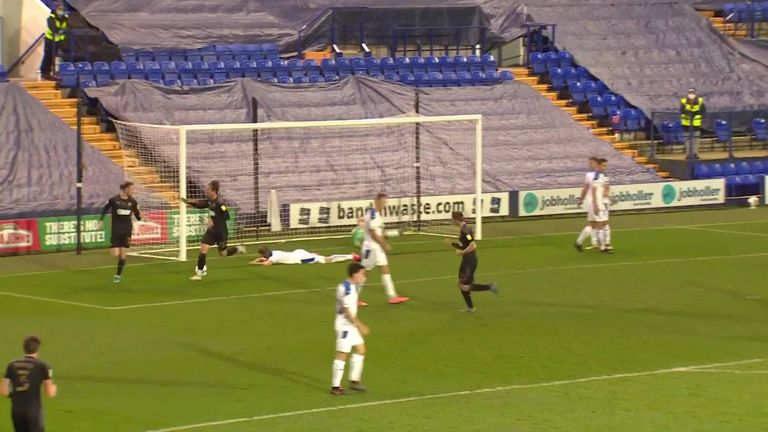 A round-up of some of this season's EFL Trophy group-stage action, including wins for Southampton U21s and Tranmere Rovers

"In addition to the title sponsorship, Papa John's will also be the Official Pizza of the EFL."

Meanwhile, EFL chief commercial officer, Ben Wright, said of the new partnership: "The EFL is delighted to welcome Papa John's as title sponsor of the EFL Trophy and a new addition to the League's portfolio of partners.

"As we continue to navigate through the challenging times that the coronavirus pandemic presents, it is testament to the growing appeal of the EFL that we are able to attract new partners and invest the sponsorship fee into the competition through payments to clubs, which is important during this difficult period."

Right, so who's taking part then?

The group phase started off with 48 clubs from League One and League Two, as well as 16 teams invited from both the Premier League and Championship with 'Category One' academies.

However, we are now down to the round of 16, with all-but one now completed. Here are the scores from Tuesday's games:

On Wednesday, the final game of the last 16 will be played:

Why has not every top-flight club entered an academy team though?

Four Premier League clubs with 'Category One' academies did not take part this season - Burnley and Crystal Palace, both in their first full season of 'Category One' status, and Everton and Tottenham Hotspur, who both played in the previous year's competition, but decided not to participate in this one. A fifth Premier League club's academy, Sheffield United, does not have 'Category One' status, meaning the Norwich City academy was asked to take their place this season.

OK, so what about the format? 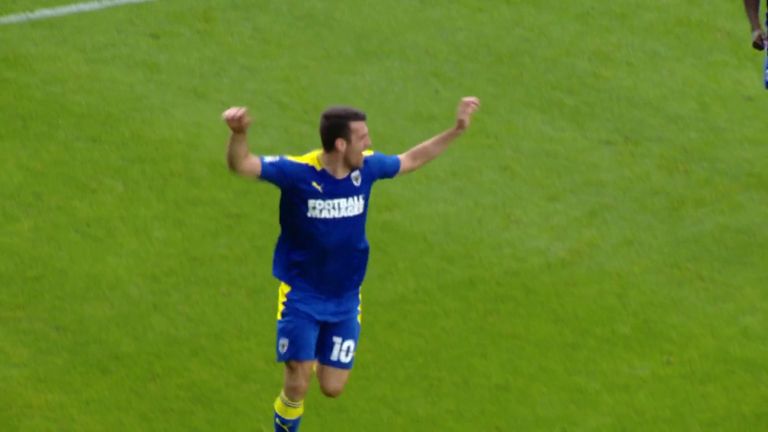 It is a midweek knockout cup competition that has already featured a group stage consisting of 16 regional groups of four teams that run between September and November.

The groups were made up of one invited 'Category One' side, with the rest consisting of EFL Clubs from either League One or League Two, with fixtures done on a regionalised basis until the quarter-finals in February.

Everyone played each other once, either home or away, although academy sides played all their group matches away from home. And if the game ended in a draw after 90 minutes, a penalty shootout was then held, with the winning team earning an additional point.

The top two from each group then progressed to the knockout stage of the competition, which got underway in December and was also drawn on a regionalised basis.

And which players are eligible to compete?

EFL clubs must have at least four 'qualifying' outfield players in their line-ups, with such a player meeting these requirements:

Are there any academy players I may recognise? 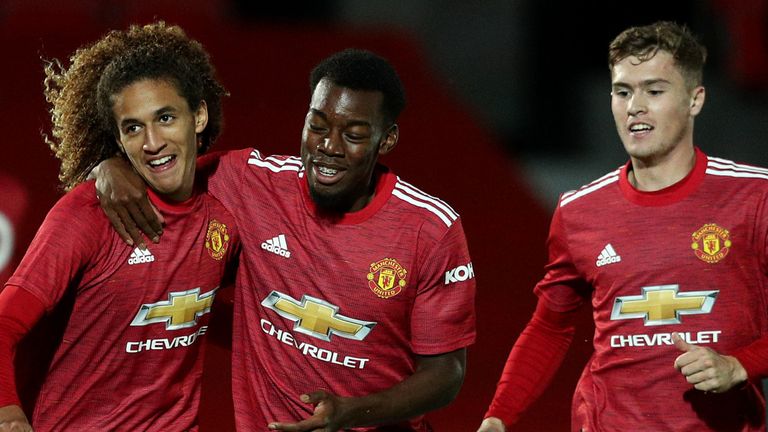 If you are a fan of a particular Premier League club, then you will almost certainly recognise a number of the youngsters on display.

For example, Caoimhin Kelleher, Sepp van den Berg and Ben Woodburn have all featured for Liverpool in this season's competition, while exciting forward Liam Delap has lined up for Manchester City.

When is the final?

However, last season's final - featuring holders Portsmouth and Salford City - has yet to take place, with the Wembley showpiece postponed following the coronavirus outbreak in March.

Where can I see all the action?

You can see highlights from this week's round-of-16 games - and the rest of the competition - on Sky Sports News, the Sky Sports app and the website on Wednesday and Thursday morning.