Wilfried Zaha says his future remains at Crystal Palace despite reports linking him with a move away from Selhurst Park.

Borussia Dortmund made inquiries into Zaha during the January transfer window, having identified him as a potential replacement for Christian Pulisic, who will join Chelsea in a £57.6m transfer in the summer.

Zaha has also been of interest to the top-six clubs in England and most recently has been linked with a return to former club Manchester United. The 26-year-old was Sir Alex Ferguson's last signing in 2013 but his time at Old Trafford was short-lived, returning to London permanently just two years later.

However, the Ivory Coast international says he is committed to Crystal Palace. 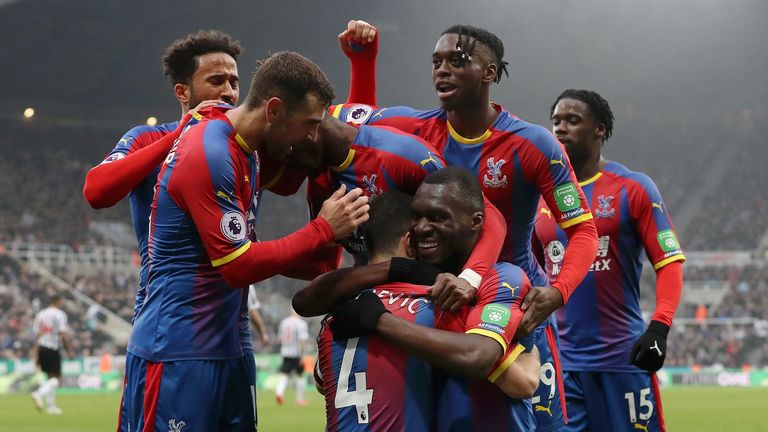 "My future is at Palace. I am at Palace, I am not thinking about anything [else]. I'm just playing my football and I will just see what the future holds for me," he said.

Zaha signed a new deal with Palace until 2023 last August and reports last summer claimed the Eagles wanted £70m for him.

He has had another outstanding season for the south London club despite their struggles towards the bottom of the Premier League, scoring 8 goals and registering 8 assists.

Crystal Palace defender Aaron Wan-Bissaka has also been linked with a move away from the club in the summer transfer window, but Palace boss Roy Hodgson is confident he will remain at the club next season.