"It's pretty clear we want to keep this squad together," said Rodgers 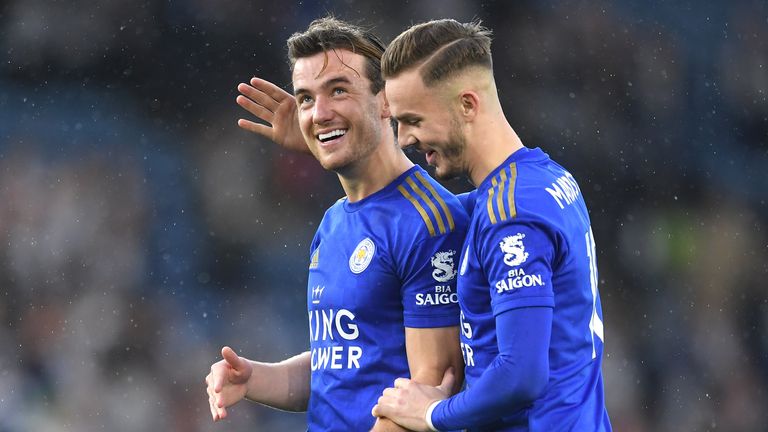 Leicester manager Brendan Rodgers has "categorically" ruled out selling any of the club's top players in the January transfer window.

James Maddison and Ben Chilwell have both been linked with a move away from Leicester, who sit second in the Premier League after an impressive start to the season under Rodgers.

"There will be no one leaving in January. Categorically," said Rodgers.

Asked if that message had been passed down by the club's hierarchy, he added: "No. But I'm sure if we speak that will be the case as well.

"I speak regularly with John Rudkin [director of football] and Top [Leicester owner] but I haven't spoken to them today on that.

"It's pretty clear we want to keep this squad together, it's a very exciting team with a lot of growth and development in it. So we want to make sure that they stay around and beyond January."

Sky Sports News reported this week that Leicester have made initial contact with Maddison and Caglar Soyuncu over extending and improving their contracts. Soyuncu is a target for Manchester City.

Asked about the negotiations, Rodgers said: "I can't tell you anything about that.

"There's been bits of speculation about that. I think John Rudkin [director of football] has had some conversations with the representatives. But that's as far as where it's at. So there's nothing really to update.

"I think for some of the players we will wait until after January, but for others that can happen at any stage in the season. If there is anything to be announced that will come later on through the club.

"It is the nature of the game, when you're doing well there will always be speculation. James Maddison and a one or two of the other boys they understand that.

"But long may it continue. He's been absolutely brilliant, started the season really well - very efficient, very productive - and getting better.

"It's sometimes what happens when you're doing so well. He's a very bright young player and he's got a big future."

'Remarkable Vardy deserves to be in 100 club'

Rodgers says that his striker Jamie Vardy deserves to be among the Premier League elite, as the 32-year-old closes in on the 100 club.

The striker has scored 96 top-flight goals ahead of Saturday's visit of Norwich.

He is also the Premier League's top scorer with 16 having bagged a brace in Sunday's 4-1 win over Aston Villa, which took him above Ruud Van Nistelrooy in the all-time standings.

Vardy has scored in eight straight games - closing in on his own Premier League record of 11 - and only Lazio's Ciro Immobile has scored more in Europe's top five leagues this season with 17.

"He loves scoring and is a natural goalscorer. There's a real inherent belief he is going to score and that's his makeup. 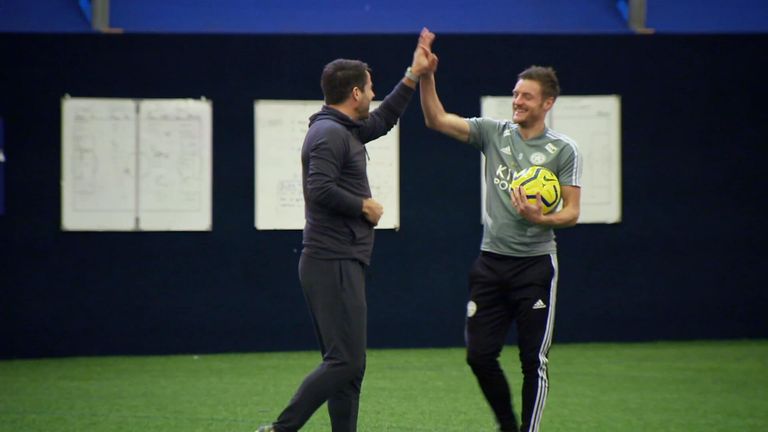 "I'll be so happy once he does reach it, there's no doubt he will. It's just a matter of time. To do it with his journey has been remarkable. He's a phenomenal player.

"He is a humble guy. For him to reach 100 goals in the timeline he's had as a Premier League player is remarkable."