Rangers in Scottish Premiership action at Hibernian on Friday night

Sky Sports pundit Kris Boyd believes Rangers will face a tougher trip to the capital when they visit Hibs on Friday after Celtic eased past Hearts at Tynecastle.

Neil Lennon's side travelled to Edinburgh on Wednesday where they beat Hearts 2-0 to move five points clear at the top of the Scottish Premiership ahead of Rangers' visit to Easter Road on Friday.

Boyd suggested Daniel Stendel's side could struggle as the new boss looks to implement a high defensive line and goals from Ryan Christie and Olivier Ntcham were enough to secure the three points for the visitors. Jack Ross has helped to reinvigorate Hibs since he replaced Paul Heckingbottom in November but they will have to stifle a Rangers team that returned to winning ways with a comfortable victory at Motherwell on Sunday.

I would say it is a trickier trip to Edinburgh for Rangers to play Hibernian on Friday. There was real negativity under Paul Heckingbottom at Hibs but that cloud seems to have disappeared now.

Jack Ross has come in and there seem to be smiles on the players' faces again. Hibs are in a good place at the moment. They lost to Ross County and to Celtic at the weekend but compared to where they were before it is night and day.

Stevie Mallan is back, Scott Allan is one of the best passers of the ball in the Premiership and Rangers will need to close him down effectively, and Florian Kamberi has returned to form. 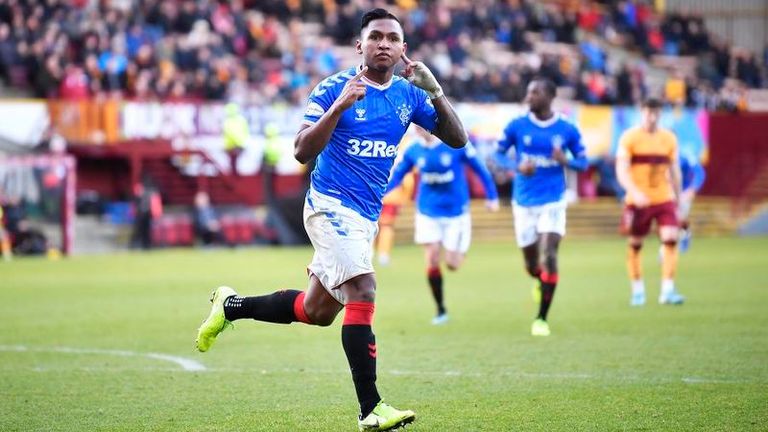 Heckingbottom must be wondering what happened to Christian Doidge because after paying the £300,000 in the summer for him it just did not work out and he has not stopped scoring since Heckingbottom left and won player of the month. But to have Kamberi closer to him has helped both players.

For Rangers it really is a case of more of the same. I thought they were excellent against Motherwell on Sunday off the back of three difficult games where they did not get the results, albeit they progressed in Europe which was a fantastic achievement.

But after the last three games you could have said a trip to Fir Park would have been tricky but they handled it magnificently and I thought 2-0 flattered Motherwell. But when they go to Hibernian their star man in Alfredo Morelos will be missing which should mean a chance for Jermain Defoe.

He has not had a massive amount of game time recently but it is the first time in a number of years Rangers have had a big enough squad to be able to rotate.

The training tempo will be so much higher as they don't have to bring in eight or nine younger players to train with the first team - when you do that the standard naturally drops off. But now, because of the squad numbers, they will be training at a level that allows them to step into a game when asked.

Defoe looks after himself well and I don't see it being a problem for him to step in again. He perhaps brings more intelligence to that front line and linked up well with Scott Arfield, who has returned to form, at the end of last season.

Obviously, there is no doubt the goalscoring of Morelos will be missed but if you look at the big picture then Defoe has always come in and scored goals. Rangers are creating chances and I am sure Defoe will look at it as an opportunity to get back among the goals.