Neil Lennon has called on his Hibernian side to follow up their stunning win over Celtic by beating Rangers at Easter Road on Wednesday night.

Hibs were expected to mount a challenge at the top end of the table this term but a run of seven games without a win saw them slide down as far as eighth.

However, Lennon's men responded in stunning fashion as they followed up victory over Hamilton by shocking his old Parkhead side 2-0 on Sunday.

They can now fire themselves back into the top six if they topple Steven Gerrard's table-toppers on Wednesday night.

Back-to-back wins against the Old Firm would be a major achievement and Lennon believes it would have the rest of the top flight running scared.

"I didn't see Sunday's win coming to be honest but it shows what they are capable of," he said. "It's lifted the place and it's a good marker for upcoming games.

"They are big games. Obviously Rangers are in town tomorrow, then it's Livingston, Rangers again and then Hearts all before the new year, so they don't come any bigger.

"The players don't need any extra motivation. They've got to drink up the feeling they got after the game and look for more of it.

"I'm annoyed at the differential in the levels of performance. I know what the players are capable of and they haven't been showing that.

"It just shows you what a little bit of confidence can do.

"If we can overcome Rangers, we'll be back in the top six and all of a sudden we start to look a real threat again in this division, which is what we want." 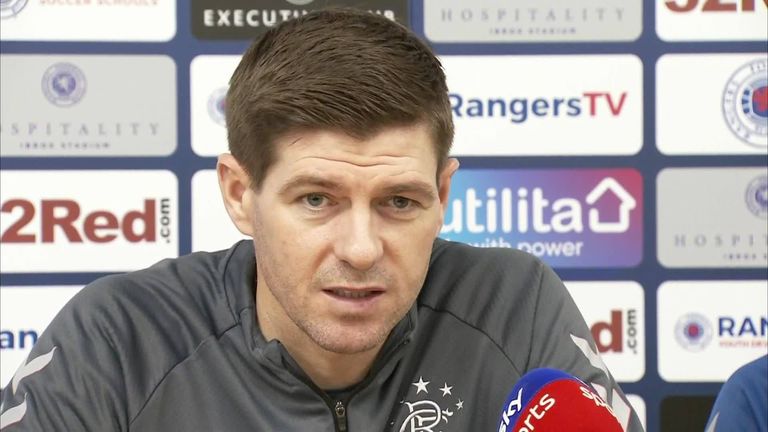 Hibs have not faced Rangers since their 5-5 thriller on the final day of last season.

Gerrard admits it was that performance which rammed home the need to stiffen up Rangers' spine once he took over in the summer and Lennon admits the Ibrox outfit are no longer the pushovers they were last term.

The Northern Irishman said: "There's never a good time to play a good team like Rangers. They're a different animal this season - difficult to beat and Stevie has added more steel to them.

"They are very athletic, well drilled.

"Off the back of beating Celtic, yeah maybe it's a good time for us to play anyone really in terms of the psychological side of the game.

"But we're not getting carried away with one performance. We need to build on that now."