Juventus complete £66.6m signing of Dusan Vlahovic from Fiorentina; Serbia international striker had been a target for Arsenal and Tottenham; Vlahovic has signed a four-and-a-half-year deal at Juve; the 22-year-old will wear the No 7 shirt for the Serie A side 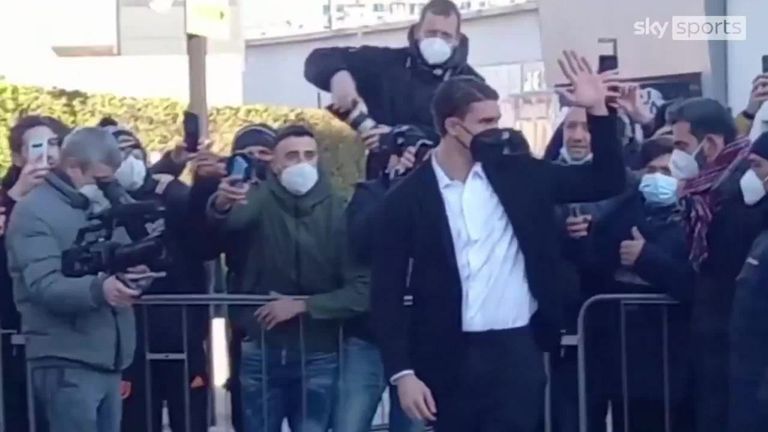 Juventus have completed the signing of striker Dusan Vlahovic from Fiorentina for £66.6m, with the Serbia international joining Juve on a four-and-a-half-year deal.

Arsenal and Tottenham were admirers of the 22-year-old but were unable to meet Fiorentina's asking price.

The £66.6m deal for Vlahovic sees Juventus pay an initial €70m (£58.3m) to Fiorentina over the next three financial years and they will also pay €10m (£8.3m) in performance-related add-ons.

Juve and Fiorentina had been in negotiations for some time over a fee for Vlahovic and finally agreed a price on Tuesday.

Fiorentina wanted to sell Vlahovic, who was keen to move to Turin, this month to maximise their profit, as he had just 18 months remaining on his contract.

Dharmesh Sheth told The Transfer Show that Dusan Vlahovic only ever had eyes for Juventus...

"Arsenal were interested but it's thought that Vlahovic only wanted to go to Juventus. 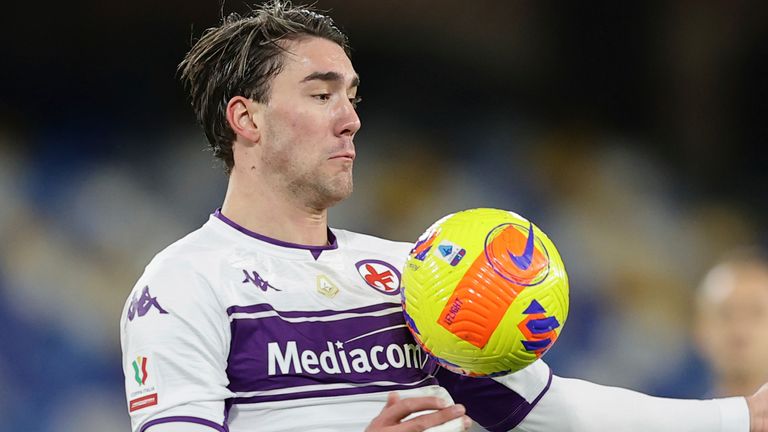 "Fiorentina probably would not want to do business with Juventus - there is a big, big rivalry there. They probably wanted to direct Vlahovic towards the English offers. 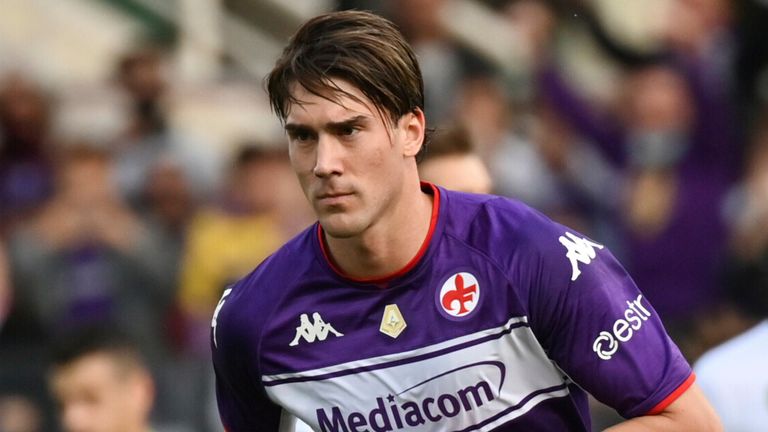 "But Fiorentina have been a bit hamstrung with this because he's only got 18 months left on his contract. They have offered him a new deal that would have made him the highest-paid player in Fiorentina's history. He didn't want to sign it."

Arsenal retained a strong interest in Vlahovic but ultimately found it difficult to complete a deal this month due to the size of the transfer fee needed to sign the striker.

Italian sources also said Vlahovic's preference was to join a side competing in the Champions League. We take a look at some of Vlahovic's goals for Serbia