Cristiano Ronaldo on what separates him and Lionel Messi

"There aren't many players who won five Champions League trophies, so this is why I feel that I can identify myself with this tournament"

Cristiano Ronaldo claims the difference between him and Lionel Messi is that the Portuguese has "won the Champions League with different clubs".

The 34-year-old has five Champions League titles to his name, lifting one in 2008 with Manchester United, and four in five seasons with Real Madrid from 2014-2018.

The Portugal national team captain has eclipsed multiple records in Europe's top club competition too, including the highest number of European Cups won by any player, and the most goals during a Champions League season (17 in 2013/14).

"The difference with Messi is that I played for several clubs and won the Champions League with different clubs," the forward told DAZN in part of their 'Making Of' series.

Meanwhile, Messi has won four Champions League titles at Barcelona, his most recent coming in 2015.

He has also scored 135 goals for the Catalan club since making his debut in the competition in a group-stage defeat to Shakhtar Donetsk in 2004. 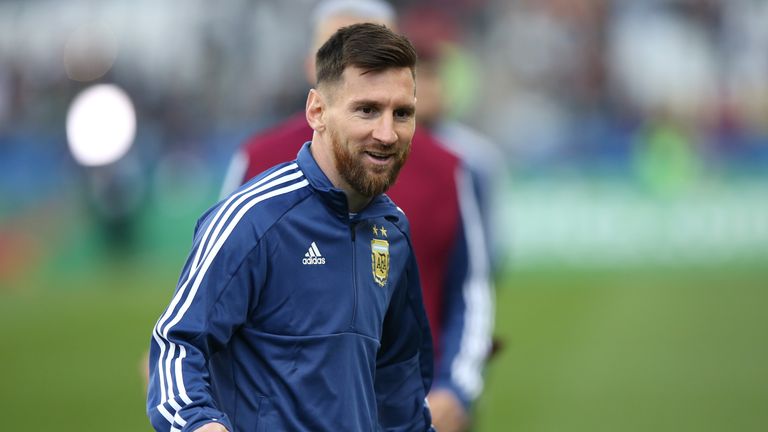 An 11-year-old English boy has enjoyed the experience of a lifetime after playing beach football with Lionel Messi (video courtesy of Anna O'Neill).

The Argentine, 32, shares the record for the most number of hat-tricks in the competition, (eight), with his former Real Madrid counterpart; the pair have also won five Ballon d'Ors each.

"Messi is an excellent player who will be remembered not just for his Ballon d'Or wins, but also for having improved - like me - year after year." Ronaldo said.

"I wake up every morning with the idea in my head of training with the objective of achieving something more, not just to earn money. Thank God, I don't lack money, so what I want to earn is a place in the history of football."