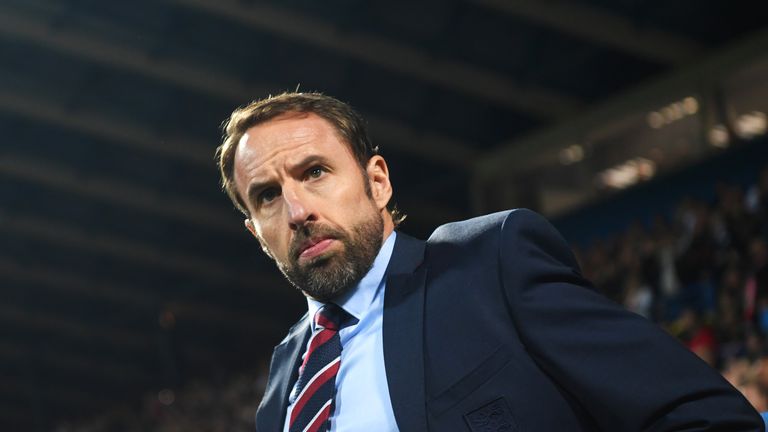 England manager Gareth Southgate condemned racist chanting towards his players in Montenegro during their 5-1 win and said England will report the abuse.

Gareth Southgate says England will report racist chanting he heard directed at Danny Rose during his side's 5-1 European Qualifier win over Montenegro in Podgorica on Monday.

England continued their Euro 2020 qualification campaign with another emphatic win - three days after scoring five without reply against Czech Republic - but the performance was marred by abuse directed at the visitors, while objects were also thrown on the pitch.

Best way to silence the haters (and yeah I mean racists) 🙉😘 #2019 #getsomeeducation pic.twitter.com/ohhkOJtdey

Southgate said he heard Rose getting abused but had yet to speak to Raheem Sterling about any chants he may have been on the receiving end of, after the Manchester City forward celebrated England's fifth goal by cupping his ears towards the Montenegro fans.

The view from Podgorica

Sky Sports News' Rob Dorsett gave his view of the incidents from Podgorica...

"We've spoken to some of the photographers in the North Stand, near where the Montenegro Ultras are housed, and they said it was consistent racist chanting and monkey chants throughout the second half. Hudson-Odoi also said he had a lighter thrown at him, which he has handed to FA staff.

"Danny Rose was so upset by the situation that he didn't want to speak to media after the game. His England shirt was left crumpled on the changing room floor, and refused a number of requests from Montenegro players to swap shirts, because he was clearly so angry about what happened."

Callum Hudson-Odoi, who impressed on his full debut, also confirmed to Sky Sports News that a lighter was thrown in the direction of the England players as they celebrated Sterling's goal.

"When Danny Rose was booked at the end of the game I definitely heard racist chanting behind me," Southgate told Sky Sports News.

"It's completely unacceptable. The most important thing is that our players feel supported by us and we'll make sure it's reported and we are there for them and anything they want us to support them with, that we are able to do. 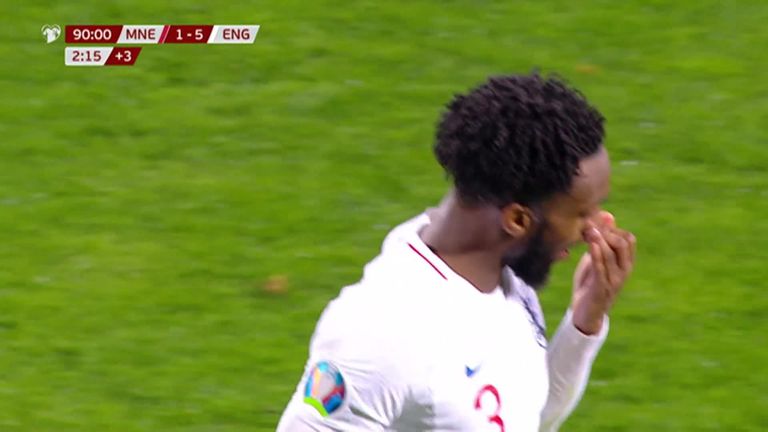 Gareth Southgate says England will report racist chanting he heard directed at Danny Rose during his side's 5-1 win over Montenegro.

"I think that reporting is already in place because so many people in other areas of the ground have heard it.

"I believe the UEFA delegate also heard it." 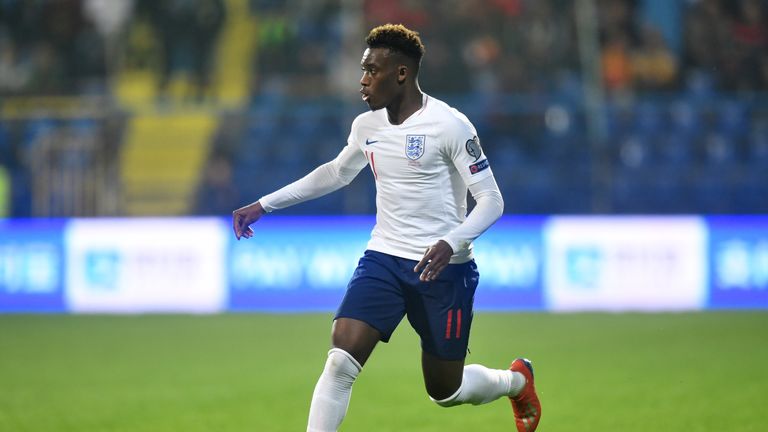 Southgate says Rose will receive close support from England staff and was at a loss to understand why such behaviour was still prevalent in the game.

"It's not for me to discuss how he is, but he knows that we are here to support him and he knows that I've talked to him about this sort of situation before," he added.

"We've just got to hope that it's dealt with in the right way because we'll make sure we do our part, but it needs to be followed up correctly as well. 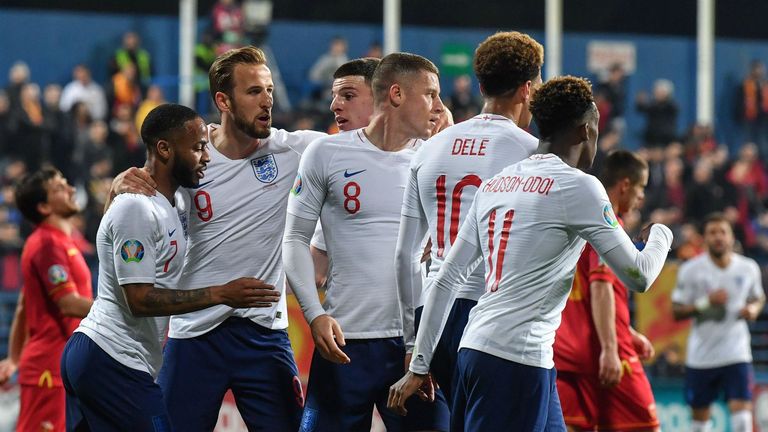 Highlights of England's 5-1 win over Montenegro in Group A of the European Qualifiers.

Montenegro's head coach Ljubisa Tumbakovic, however, denied hearing any racist chanting while the country's press officer attempted to shut down questions from the British media on what had been reported by Southgate.

Tumbakovic said: "I have not noticed nor heard any chanting. The first time I have heard [of] this is now. First of all, I don't see the reason why I should comment on that.

"Second, I haven't heard anything. Third, I was thinking about the game, so I had to concentrate on the game."