Jack Grealish made his first competitive start for England in Sunday's 2-0 Nations League defeat to Belgium; Grealish: "For me, this is what I have been waiting for - these are the games that I dreamed of playing in" 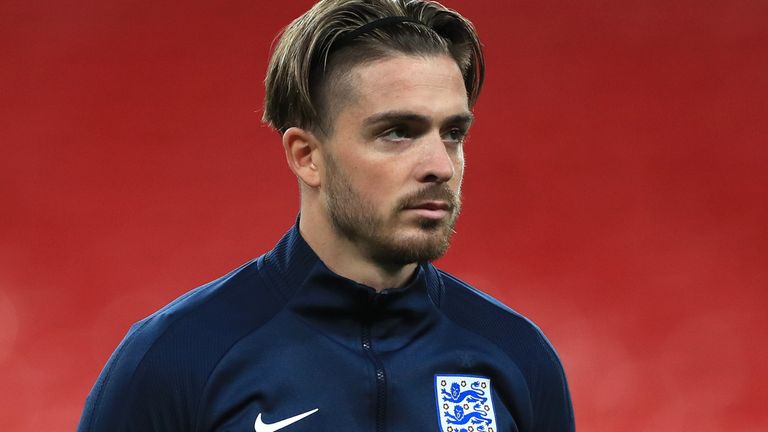 Jack Grealish is not resting on his laurels after being praised by England manager Gareth Southgate, saying there are 'world class' players who play in his position

Jack Grealish says he "loved the pressure" that came with making his first competitive start for England as he starred despite a Nations League defeat to Belgium.

The Aston Villa midfielder started last month's friendly victory over Wales but had lodged just 14 minutes of competitive action - in September's 0-0 draw in Denmark - before Sunday's encounter with the world's top-ranked side in Brussels.

England's hopes of reaching the Nations League finals were ended as they lost 2-0, but Grealish earned man-of-the-match honours as Gareth Southgate's side produced an encouraging second-half display. 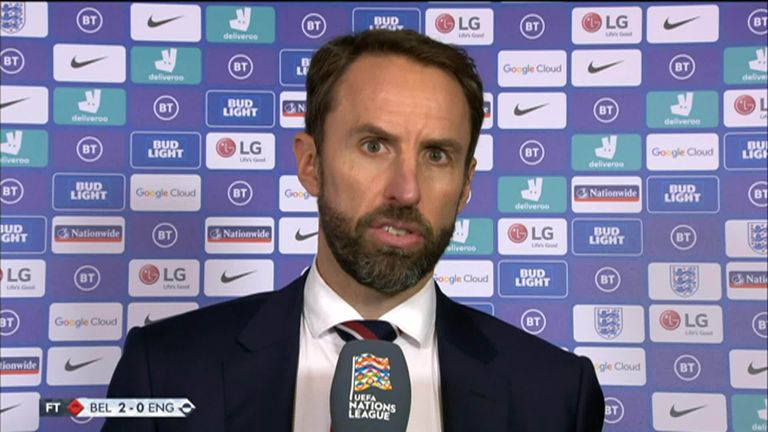 "For me, this is what I have been waiting for. These are the games that I dreamed of playing in. This is what I love, the pressure of needing to play well."

Grealish's initial failure to break into Southgate's squad - and then into his starting lineup - has been a bone of contention among many onlookers, who are convinced the 25-year-old offers a level of creativity that England are otherwise missing.

While Grealish has made a fine start to the Premier League season, scoring four goals and providing six assists in Villa's opening seven games, it was perhaps only injuries to first-team regulars Marcus Rashford and Raheem Sterling that saw him given his chance.

Asked if Grealish had moved up the pecking order, Southgate told Sky Sports: "Yeah, 100 per cent.

"I sort of explained to him what we wanted to see when we brought him in in September. I think it's been helpful for him to bed in with the group so that he knows the way we want to play and the players get an understanding with him. And today was a great game for us to see him in and to see the level, and I couldn't speak highly enough of his performance.

"What I saw that I knew I would see was somebody with the bravery to play. I think he took the ball in tight areas, his techniques were good, he took players out of the game - we knew he would buy a lot of free kicks, which of course he did. I just thought he was outstanding and he should be absolutely delighted with the way he played." 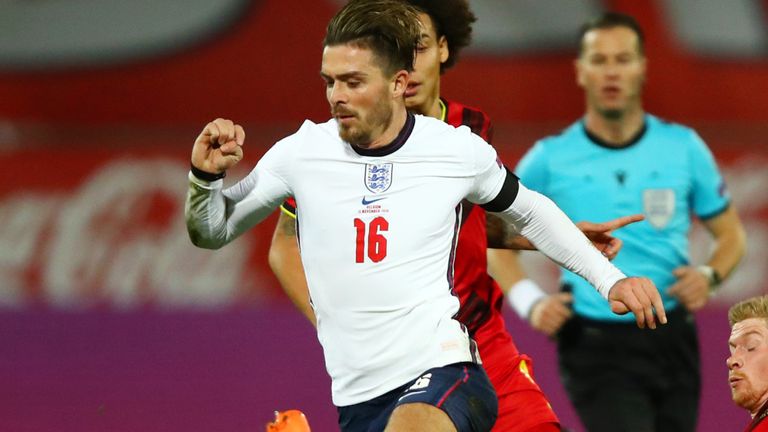 "It was great to get out there on the pitch with him today. You can see his qualities on the ball, once he gets on it he's not afraid one-v-one, always looking for that pass forward, which is obviously great for a striker.

"So really positive signs, he's obviously been on great form for his club as well, so he's just got to keep his head down, keep working hard as he has done and I'm sure he will get plenty of opportunities in an England shirt."

Despite the high praise from coach and captain, Grealish is refusing to get ahead of himself and remains aware of the hard work that will be required to keep his place in the starting lineup. 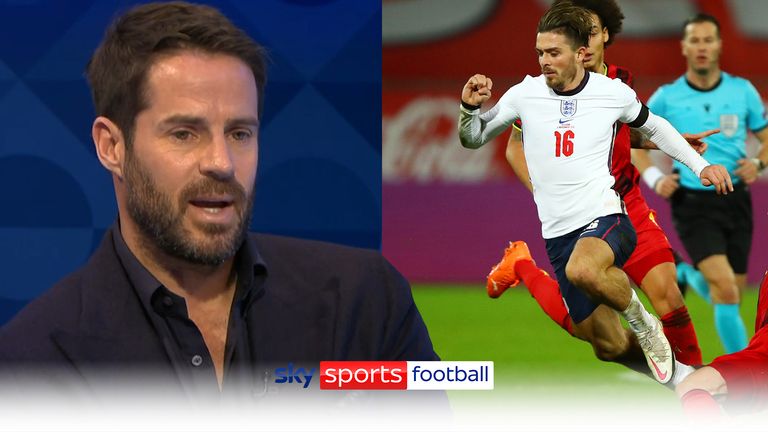 "He's [Southgate] just obviously praised me after the game, which is obviously nice," Grealish said.

"He's been brilliant with me since I first come here in September. He's told me what I need to do to get into the side and I've gone away and worked on that. At the end of the day that's what you need to do in football, there's only one person that you need to impress if you want to get in the team and that's the manager.

"You look around the changing room and there's unbelievable talent. There's people that weren't in this squad, the likes of Marcus and Raheem, there's even Jadon (Sancho), Phil (Foden), there's Mason (Mount) - all in my position, who are all world-class players.

"Especially the two that aren't here at the moment, Raheem and Marcus, when they've both been here I've tried to learn little bits off them and hopefully I can continue to do that because it would obviously be a dream for me to play with them one day."

Jack Grealish was the star of the show even in defeat for England and now his manager Gareth Southgate sees it too, writes Adam Bate.

"Perhaps one did not want to be loved so much as to be understood," wrote George Orwell. This was the night, surely, even in a 2-0 defeat to Belgium that ended England's Nations League hopes, that Gareth Southgate came to understand Jack Grealish.

The touch that will be remembered for some time came in the 79th minute, a delicate caress with the outside of his right boot that deceived Thomas Meunier and allowed Grealish to race free. The pass to Harry Kane that followed proved it was not just for show.

There were plenty of them on a night when England lost but Grealish won. The debate about whether he should be in this squad is over. Discussion over whether he has a place in this team should stop too. A more fitting question is whether he is now England's best player.