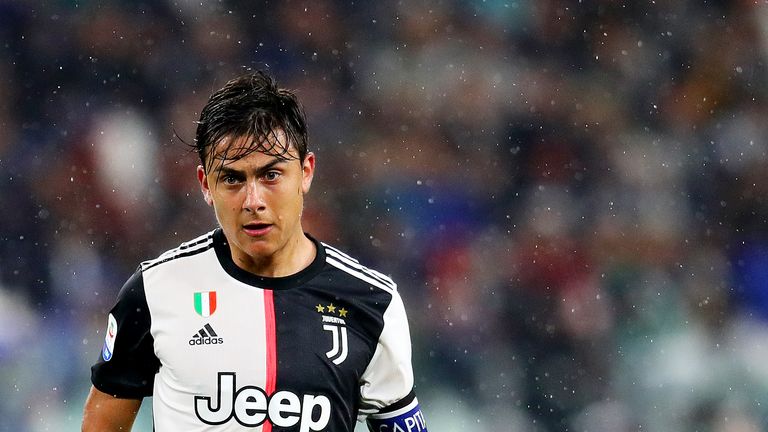 Juventus' sporting director says Paulo Dybala is their player, despite being linked with a move away from the Serie A champions this summer

Paulo Dybala is no closer to a move away from Juventus, according to the club's sporting director Fabio Paratici.

The Serie A champions are open to letting the Argentina striker leave this summer, but would like to secure a replacement before sanctioning a sale.

Sky Sports News understands Manchester United ended their interest in Dybala prior to the close of the Premier League window due to his wage demands and excessive requests from his agent.

Tottenham agreed a £64.4m deal with Juve ahead of Deadline Day, but were unable to push through a the deal for the 25-year-old.

"The market is open and there is interest, but there are no names closer to a sale," Paratici said.

"[Dybala] is a Juve player - indeed, he is a great Juve player. As I said, during the transfer market, there are discussions and negotiations."

New Juventus head coach Maurizio Sarri recently suggested Dybala could miss out on a place in his 25-man Champions League squad due to the uncertainty surrounding his future.

He said: "I could talk to him, but if the market goes a certain way then what I say counts for nothing, because in the end we need to cut six players.

"This will also depend on who will receive huge market requests, it won't be just a matter of choice.