Rugani in isolation after contracting the virus; Juventus say the club will take action to protect "those who have had contact with him"; Inter suspend "all competitive activities"

Juventus centre-back Daniele Rugani has said he "is fine" after testing positive for coronavirus.

The Serie A club confirmed the 25-year-old Italian defender has reported a positive test but is currently not showing signs of any COVID-19 symptoms.

On Twitter, Rugani wrote: "You will have read the news and that's why I want to reassure all those who are worrying about me, I'm fine. I urge everyone to respect the rules, because this virus makes no distinctions! Let's do it for ourselves, for our loved ones and for those around us."

Rugani, who has made seven appearances in all competitions for Juventus this season, was named as a substitute during Juventus' last game, a 2-0 win over Inter Milan on March 8 which took place behind closed doors.

A statement from the club read: "The footballer Daniele Rugani has tested positive for Coronavirus-COVID-19 and is currently asymptomatic.

"Juventus Football Club is currently activating all the isolation procedures required by law, including the census of those who have had contact with him."

Rugani, a four-time Serie A winner, posted a photo on Twitter following Juventus' win over Inter, showing the Italian international celebrating with his team-mates in the dressing room.

Inter instructed all their players on Thursday to remain at home until further notice.

"Following Juventus FC's announcement that their player Daniele Rugani has tested positive for COVID-19, FC Internazionale announce that all competitive activities have been suspended until further notice," Inter said in a statement.

"The club is currently taking steps to put all the necessary procedures into place."

Inter's offices in Milan have been closed for the past three weeks, due to coronavirus outbreak.

Italy has been put on lockdown this week due to the outbreak of COVID-19 and the number of dead nationally has risen by 196 to 827 in a day - a jump of 31 per cent.

Turin-based side Juventus play in the capital of the Italian region of Piedmont in northern Italy, close to the epicentre of the virus outbreak in Bergamo. 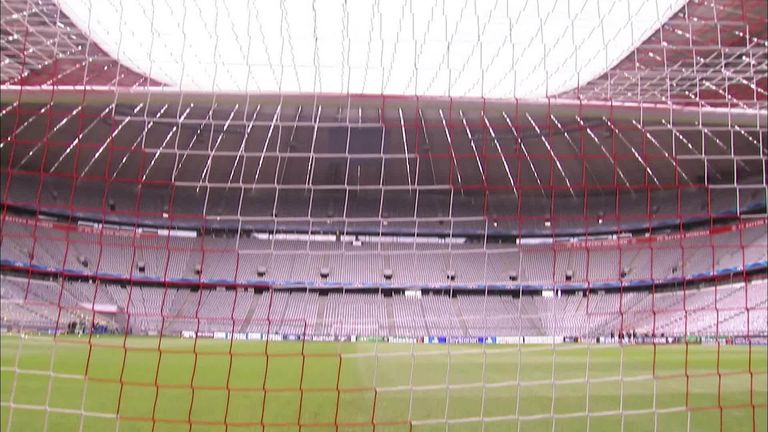 We take a look at the impact coronavirus is having on sport; with some events cancelled and fans prevented from attending

On Wednesday, Serie A advised the league's clubs not involved in UEFA competitions to suspend training for seven days.

Players of the 20 top-flight sides have been informed that they will receive further specific instructions on what behaviour is expected of them.

Italian prime minister Giuseppe Conte has announced that all sporting fixtures including all Serie A matches are suspended until at least April 3 due to coronavirus fears.

The Italian football federation (FIGC) admitted on Tuesday the Serie A season might not finish because of the coronavirus outbreak.

Juventus are still due to face Lyon in the round-of-16 in the Champions League on March 17 at the Allianz Stadium, behind closed doors.