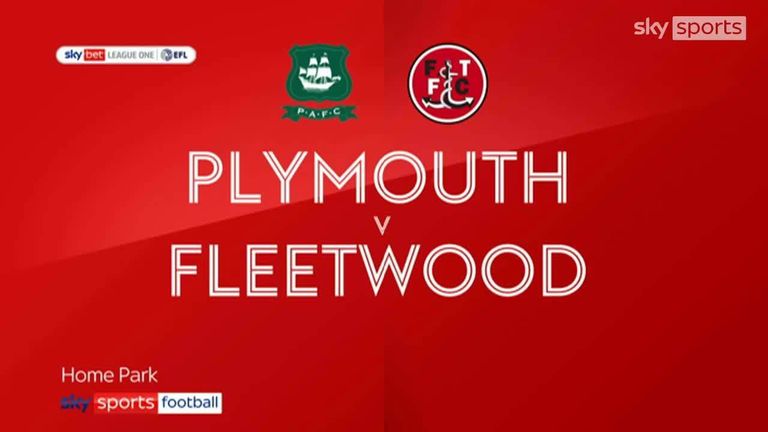 Highlights of the Sky Bet League One match between Plymouth and Fleetwood.

Plymouth extended their unbeaten League One run to four games following a 1-1 home draw with Fleetwood.

Ryan Hardie's opener was soon cancelled out by Callum Camps for the visitors.

Argyle took the lead through Hardie in the 21st minute when the in-form Scottish striker latched on to a long through ball on the edge of the box.

Hardie controlled the ball with one touch before thumping a dipping half-volley past goalkeeper Alex Cairns.

Cairns prevented Argyle increasing their lead in the 32nd minute with a brilliant near post save to deny Ryan Broom as he let fly with an angled rising drive from the left.

That saved proved pivotal as three minutes later Camps latched on to left-back Danny Andrew's deep cross from the left to volley past Michael Cooper.

The goal turned the tide, after a strong start by Argyle, and Shayden Morris smashed a 40th-minute shot off the foot of the post as Argyle failed to clear a corner.

Two minutes later unmarked Hardie fired over after being teed up by Conor Grant's pinpoint cross from the left.

Cooper, 21, made a superb 54th minute diving save to keep out Camps' close-range shot from the right.