Manchester United looked on course for victory when Lingard, who enjoyed a successful spell on loan in east London last season which the Hammers were ultimately unable to make permanent, came off the bench and curled a stunning solo goal into the top corner in the final minute of the game.

But, deep into stoppage-time, referee Martin Atkinson was advised to consult the pitchside monitor after VAR spotted a handball by Luke Shaw. The penalty was awarded and taken by captain Noble, who was brought on to take the penalty, but, in a dramatic final twist, the West Ham captain's first touch from the spot drew an inspired save from De Gea.

Noble's introduction in order to take the kick was criticised by Sky Sports pundits Graeme Souness and Roy Keane, but a defiant Moyes said: "I'd have been more disappointed if I hadn't made the decision."

West Ham had taken the lead on the half-hour mark thanks to Said Benrahma's deflected opener but Cristiano Ronaldo's fourth goal of the season levelled things up five minutes later and laid the foundation for the drama that was to come.

The victory lifts Manchester United joint-top of the Premier League, level on 13 points with Liverpool, while West Ham remain in eighth having suffered their first defeat of the season.

Manchester United dictated the pace and rhythm of the game for the opening quarter of an hour without registering anything of note on the opposition goal and it took West Ham's first foray forward to fashion the first attempt on target.

West Ham pressed from the front and forced an error from Manchester United captain Harry Maguire as Benrahma laid the ball into the path of Jarrod Bowen, but his attempt was brilliantly blocked by Raphael Varane.

That sparked a flurry of activity around the Manchester United goal, with Bowen forcing a De Gea into a save with his legs before Tomas Soucek blazed a follow-up attempt over the bar.

Manchester United responded and drew three saves in quick succession from Lukasz Fabianski. Ronaldo was the first to see his quick-fire shot saved, then the West Ham goalkeeper produced a stunning fingertip stop to tip Fernandes' volley onto the post, and then got down quickly to keep hold of Luke Shaw's deflected drive.

It proved to be a vital contribution from Fabianski as West Ham broke up field and opened the scoring. The dangerous Bowen drifted across the face of the Manchester United area and laid the ball off to Benrahma, whose shot deflected off Varane and past the wrong-footed De Gea.

The lead would last barely four minutes, however, with Ronaldo peeling away at the back post to reach Fernandes' in-swinging cross and then reacting fastest when his initial effort was saved to poke in the equaliser from a matter of inches.

66 - West Ham's London Stadium is the 66th different stadium that Cristiano Ronaldo has scored at in matches played in Europe's big five leagues, scoring at more unique venues than any other player since his Man Utd debut in 2003-04, ahead of Zlatan Ibrahimovic (64). Conqueror. pic.twitter.com/64uJF3SeZp

Manchester United and Ronaldo came close to doubling their tally on 42 minutes but Fabianski had other ideas, producing another superb low save to keep out the Portuguese's drive, before Nikola Vlasic blazed a shot over at the end of a pulsating first period.

The second half was barely two minutes old when Fabianski came to West Ham's rescue again. Fernandes threaded Ronaldo through on goal after West Ham had played themselves into trouble at the back, but his first-time drive was thwarted by the inspired Polish goalkeeper.

Ronaldo felt he should have had a penalty when he went down under Coufal's challenge in the area and when but referee Atkinson was unmoved.

Just when Manchester United's second-half exploits looked to be fruitless, substitute Lingard, who had been on the field for just 15 minutes, looked to have snatched three points with a sensational slalom run and curled finish into the top corner of the West Ham goal on his return to the London Stadium.

After another Ronaldo penalty was waved away, West Ham were given a lifeline to salvage a point from the game when Shaw was penalised for handling Andriy Yarmolenko's cross after a VAR review.

Club captain Noble was brought on with the sole purpose of taking the penalty but, with his first and only touch, he was denied by De Gea as Manchester United clung onto their victory in the most dramatic circumstances. 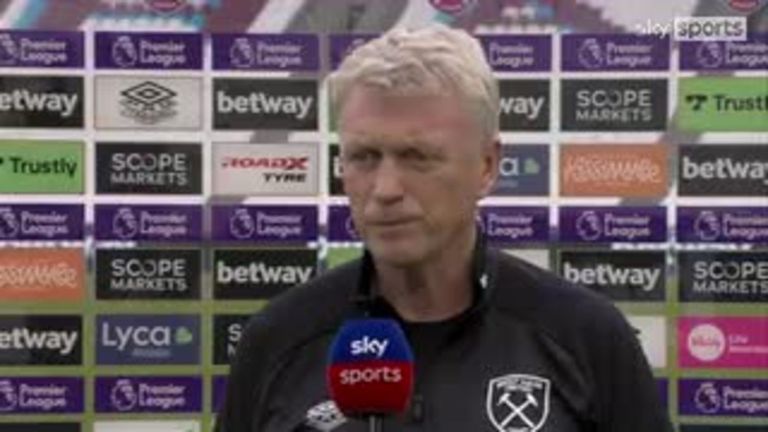 David Moyes says Mark Noble’s record was the reason why the West Ham captain was brought off the bench to take a late penalty, only to see it saved by David de Gea.

West Ham manager David Moyes: "It was a proper game; the two teams went at it. In the end, it was very close to a draw. The thinking behind it [bringing Noble on for the penalty] was simply his record. I'd have been more disappointed if I hadn't made the decision. I made the decision, and it didn't quite work today. I was more influenced by Noble's record, rather than West Ham's record [of four misses in the last five penalties]. We've given Manchester United a run for their money, the more we do that at this level against the top teams, the more we will improve as well." 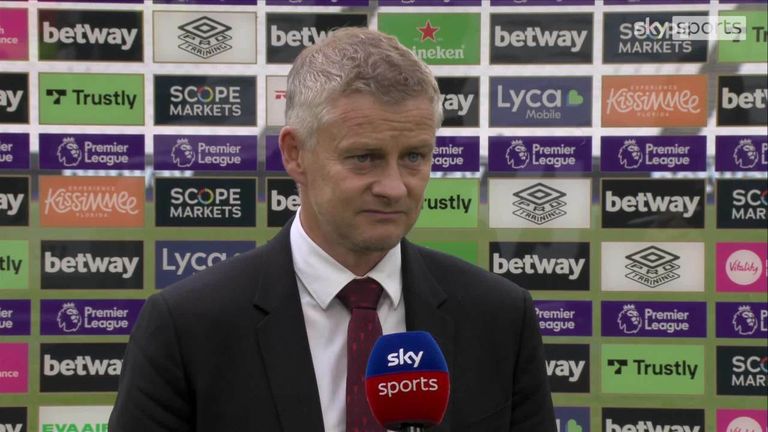 Ole Gunnar Solskjaer believes Ronaldo should have been given two penalties in their 2-1 win at West Ham, and the Manchester United boss was delighted with matchwinners Jesse Lingard and David de Gea.

Man Utd manager Ole Gunnar Solskjaer: "Ronaldo's first and last penalty appeals were stonewall penalties. Hopefully it's not going to be a case of Cristiano never getting a penalty. I've seen Noble score so many penalties, but David has saved two points for us today. I was pleased with the attacking football and movement, we have to work better defensively, that is something we will work on."

David de Gea has saved his first penalty for Manchester United in the Premier League since October 2014 (v Everton), with this being the 22nd penalty he has faced since his last stop.

Manchester United and West Ham meet in the third round of the Carabao Cup on Wednesday at 7.45pm - live on Sky Sports Football. Man Utd then host Aston Villa in the Premier League on Saturday at 12.30pm, before West Ham travel to Leeds at 3pm.