Tottenham have confirmed the signing of left-back Sergio Reguilon from Real Madrid on a five-year deal, for a fee which could rise to £32m.

Reguilon, who will wear the number three shirt, travelled to London on a private jet owned by Tottenham chairman Daniel Levy on Friday morning, alongside Gareth Bale.

Both players successfully completed medicals in Madrid on Thursday and are likely to meet conditions that will enable them to avoid quarantining in the UK.

Along with having arrived from an elite sporting environment where coronavirus protocols have been adhered to, the players will both need to have returned negative test results within five days prior to entering the UK.

Reguilon, 23, was named the best left-back in La Liga for his performances last season while on loan at Sevilla.

However, Real Madrid are well-stocked in the position, with Brazil international Marcelo and France's Ferland Mendy already in their squad, so were keen to sell Reguilon to raise funds to balance the books.

"We've got two players in every position and I've got two full-backs," Zidane said. 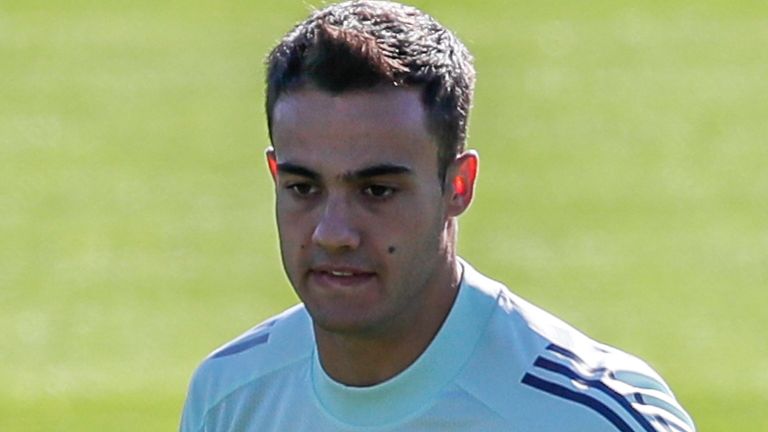 "What I can't have is three or four because then it becomes a problem. I wish Reguilon all the very best because he had a good season at Sevilla and deserves to now go and join Tottenham."

Manchester United, Chelsea and Everton were previously interested in signing Reguilon, with the Merseyside club making an £18m bid for the defender in July.

Spurs head coach Jose Mourinho appears keen to strengthen his squad after a disappointing 1-0 defeat to Everton on the opening weekend of the Premier League season.

What makes Reguilon so special?

Tottenham have beaten Manchester United in the race to sign Real Madrid left-back Sergio Reguilon, but what makes him so special?

The 23-year-old, who impressed on loan at Sevilla last season, was previously linked with Chelsea and Everton, as well as United.

So what sort of a full-back is Reguilon? Where will he fit in? And how did Spurs come out on top? Find out here...