Mikel Arteta has confirmed there could be incomings and outgoings at Arsenal before October 5 deadline; Lucas Torreira set to join Atletico Madrid

The midfielder has made three appearances in the Premier League so far this term, scoring three times, he netted two penalties in Chelsea's 4-0 win over Crystal Palace on Saturday.

However, the Italy international appears to be part of Frank Lampard's plans at Chelsea, and has captained the side in both of their Premier League games at the start of the season.

Arsenal's chances of the Gunners signing Lyon's Houssem Aouar are receding after he was named in their squad for Sunday's match against Marseille, with multiple reports in France claiming the Ligue 1 club will not be selling Aouar in this transfer window.

They have had a bid rejected in this window with Lyon president Jean-Michel Aulas describing the offer as "timid".

Atletico Madrid midfielder Thomas Partey is another player Arsenal are interested in, but the Spanish club are not willing to negotiate on his £45m release clause.

Meanwhile, Lucas Torreira is close to completing a season-long loan move from Arsenal to Atletico Madrid.

Marseille are interested in Matteo Guendouzi and Bayer Leverkusen are in talks with the Gunners over signing Sead Kolasinac. 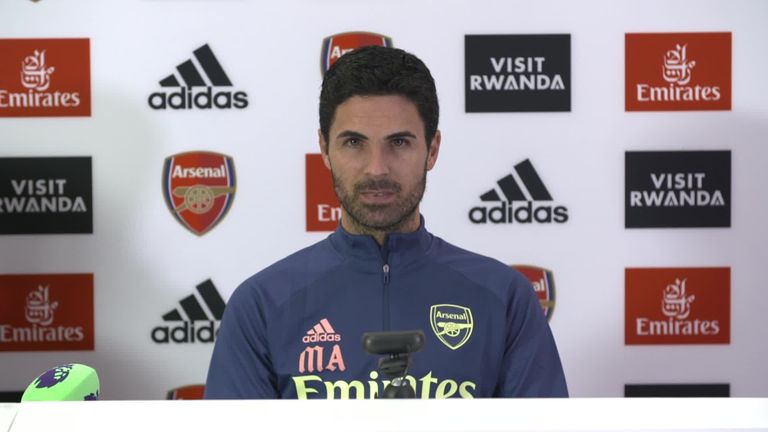 Arsenal feel they have a strong squad but remain in the market if the right player and right deal presents itself.

Speaking ahead of Arsenal's match against Sheffield United on Super Sunday, live on Sky Sports, Mikel Arteta said that the remaining time prior to the transfer deadline is "crucial", and revealed there may be incomings and outgoings at the club before 11pm on October 5.

"We need to make some decisions in the next three days. Everything has been delayed so much, not only for us but every team," he said.

"We will try to make the best possible decisions and at the end, whatever we have, we go for it fully convinced and prepared to have a good season."