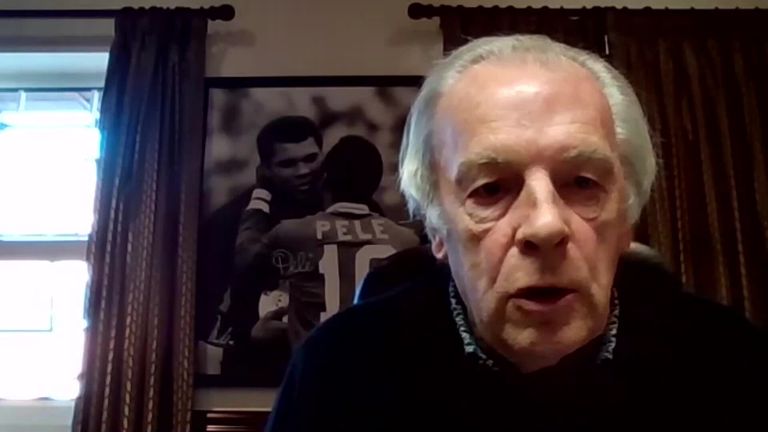 The Premier League is set to discuss the implementation of concussion substitutes this week, while a move from three substitutes to five for the 2020/21 season is also expected to be back on the agenda.

Representatives from all 20 clubs will attend a shareholders' meeting, where they will discuss the outcomes and findings from the International Football Association Board's (IFAB) gathering on Wednesday.

The technical panel of IFAB - which is responsible for the laws of the game - has proposed allowing clubs to temporarily replace a player who is suspected of sustaining a concussion.

If IFAB supports its technical panel's suggestion, then the Premier League clubs could be presented with proposals to implement concussion substitutes.

They could be introduced from as soon as next month given concussion replacements would be part of an IFAB trial, which permits changes to the laws of the game midway through seasons.

The Women's Super League gave its backing to the proposals on Monday, while the Football Association has already said it would look to introduce the new protocols at the "earliest possible stages of the 2020/21 FA Cup and Women's FA Cup".

Speaking to Sky Sports News, PFA chief executive Gordon Taylor described concussion substitutes as "very important" and said he expects them to be implemented in the English game "sooner rather than later".

"We've made improvements in regulations, particularly with regard to concussion and head injuries," Taylor said. "It's not always been followed and implemented as we would like but it's becoming increasingly important that we should do all we can.

"People know the dangers of taking part but that's not to say we haven't got to show a real duty of care.

"I think the concussion subs have also highlighted the issue that we can't be too careful with head injuries and any consequent problems.

"I would expect that to be implemented much sooner rather than later, albeit they are looking at a pilot programme. But I think there is increasing willingness to adopt that."

Fulham manager Scott Parker has spoken in favour of introducing enhanced concussion protocols in the game, saying they would help to take the heat off players and medical staff.

"I do think concussion subs may take the pressure off the medical (staff) or the actual sportsmen in the heat of the arena of competition," Parker said.

"What comes with that is a real desperation at times to stay on the pitch or (to say) 'no, I'm going to be alright'. To have that ability to take someone off and then have an option to come back on would be helpful.

"I know, I was that player and I wouldn't have wanted to come off the pitch no matter what. So if someone had said to me, whether that's right or wrong, that's the fact, so definitely if something's in place that can only help."

'PL out of step over five subs rule'

The Premier League clubs are also expected to again discuss allowing five substitutions at this week's meeting, despite rejecting the idea on two previous occasions.

It comes after repeated calls from a number of top-flight managers, including Pep Guardiola, Jurgen Klopp and Frank Lampard, for the Premier League to follow the lead of other major European leagues that have moved from three to five replacements for the 2020/21 season.

A study released by FIFPro, the international players' union, has found that injuries in the Premier League this season are higher than in La Liga, Serie A and Ligue 1 - which all permit five substitutes.

Taylor believes the Premier League should belatedly follow suit, saying: "You have to think about the integrity of the game. We have a duty of care to our players. These are some of the best players in the world and we need to look after them.

"We've addressed the issue on more than one occasion now and I've spoken to all Premier League chief execs and chairmen, and of course to colleagues at the Premier League.

"[We're] trying to convince them that this would be a good move. I think at the moment, we are out of step."