Sam Allardyce is back in the Premier League but will his 'survival blueprint' work at West Brom?

The Baggies have axed Slaven Bilic and turned to a manager dubbed the 'firefighter' after finding themselves second-bottom of the Premier League, having won just one of their 13 games since promotion.

Dudley-born Allardyce was sacked from his last job at Everton in 2018 but has famously never been relegated, having masterminded rescue missions at Bolton, Blackburn, Sunderland and Crystal Palace.

He arrives at The Hawthorns - his eighth Premier League job - on an 18-month contract and, with a third of the season gone, must quickly set to work trying to hoist the Baggies up the table.

What Allardyce needs to sort

West Brom are currently only two points adrift from safety - albeit having played a game more than their fellow strugglers. Indeed, the Baggies are only six points shy of 15th-place Arsenal.

But the former England manager has issues to address at both ends of the pitch.

The Baggies have created a league-low number of clear-cut chances and struggled to score at one end, while shipping a league-high 26 at the other.

However, Allardyce will look for the positives, too.

His new side excel at recoveries, winning aerials and tackling, traits that fit elements of his survival blueprint.

Allardyce lifted the lid on his 'survival blueprint' during a Monday Night Football appearance back in 2017.

He described clean sheets as fundamental to survival and cited his Palace signings of Patrick van Aanholt, Mamadou Sakho and defensive midfielder Luka Milivojevic as key to a run of six shut-outs in the final 16 games of the season.

The Eagles won all six of those games and went on to survive comfortably.

"Crystal Palace had only kept one clean sheet in 17 Premier League matches when I got there last season, which meant the bare minimum was two goals to win a game," he said.

"It only takes one goal to win a game. Clean sheets give you the platform to be successful in a season. You can't always score two or three goals. The influx of new players made all the difference defensively. It creates a lot more confidence and flair for the front lads."

Allardyce revealed he would drum into his players the importance of not losing the ball in their own half.

"The Premier League is so good that the opposition can capitalise massively on those mistakes," he said. "You give the ball away there and the opposition are at your back four or your back two and they are shooting and scoring goals."

He also emphasised the importance of a quick forward pass.

"Even against the best defensive team in the Premier League, it's a quick forward pass that creates the opportunity to score," he said. "Too many sideways or backward passes allow the opposition to get back into their own half and put up two banks of four.

"It's fashionable now to have possession in midfield, but no defender likes running back towards their own goal with a centre-forward chasing them down."

The stats certainly highlight his commitment to direct passing. Before his move to Everton, his previous five seasons as a manager at West Ham, Sunderland and Crystal Palace saw his teams rank in the top five in terms of the percentage of passes forward.

"There's an emphasis in the Premier League now not to play the ball in behind the opposition quick enough," he added.

He revealed the onus he put on knock-downs at Palace, with Wilfried Zaha and Andros Townsend instructed to run beyond Christian Benteke and he also spoke of his belief that set-pieces are vital.

When he kept Sunderland up in 2015/16, the Black Cats scored more set-piece goals than any other side and also conceded the fewest. It was the difference between relegation and survival.

"It comes from working on the training ground," he said. "Every week it's just a case of highlighting who we're playing against, what they try to do from set pieces, and who each player is going to mark.

"If you don't coach it or show your players how to defend it then you can play as well as you want, you can be on top of the game as much as you want, but one set play can give the opposition the goal that gets them ahead."

He also used the example of a Palace win at Chelsea to highlight the importance of hunting for the smallest opposition weakness, explaining how putting pressure on at throw-ins and shifting his centre forwards to wider positions "gave them something to think about".

What went wrong at Everton last time out?

Allardyce led Everton to an eighth-placed finish in 2017/18 but concerns over the club's style of play lingered.

The Toffees were struggling in the bottom half prior to Allardyce's arrival at Finch Farm but while results suggested progress, the means were unpopular.

Everton were a bottom-half team in terms of passes and possession after his appointment. Only relegated Swansea had fewer shots and fewer shots on target

"Does the style matter at Everton? Yes, it does," former Toffees boss Roberto Martinez argued while also a guest on Monday Night Football that season. "If you look historically at the school of science and the titles won and the silverware, the competitive nature of the football club demands a style."

Everton climbed the table, albeit with a negative goal difference, but the demand was for more ambition; for a brand of football that offered greater hope of progression.

Analysis: 'Allardyce will believe he can keep Baggies up'

Sam Allardyce is hugely experienced and has a brilliant record of keeping teams in the Premier League. It's that simple.

The fans may have some concerns about the style of play - Allardyce has never made any apologies for that; he focuses on winning football.

There are a lot of creative players in this side and one of the problems West Brom have had is not scoring enough goals. That's an issue that needs addressing.

The congested fixture list means it may not be easy to change the tactics too quickly but the team that went to the Etihad showed great strength of character and that will give the squad - and the new manager - an awful lot of confidence.

Allardyce has been out of the game for a while but he's a big character and a hugely talented manager and he'll make West Brom much more difficult to beat.

Knowing him and the people around him, I don't think he would take this job unless he believed he can keep West Brom in the Premier League.

He sees himself as a Premier League manager. If he thought they were certain to drop into the Championship, I don't think he'd be interested.

But he will want to know they have the resources in January.

Player verdict: 'Allardyce took us all by surprise' 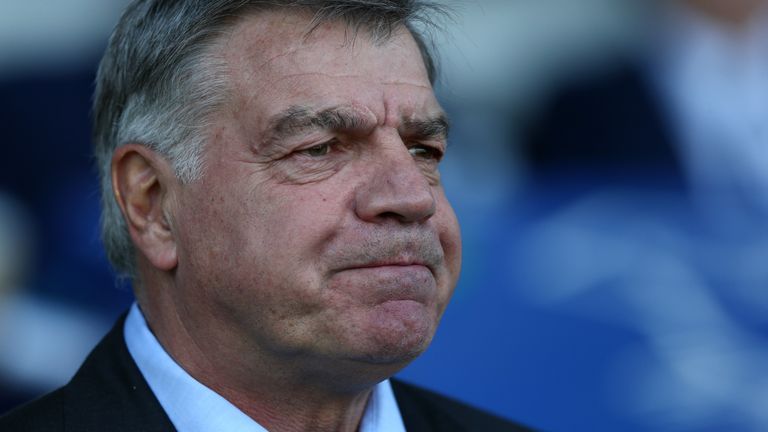 Stephen Warnock, who played under Sam Allardyce at Blackburn says there is a lot more to his style of play than long ball football.

Former Blackburn player Steven Warnock: "I remember going into a meeting thinking, this is going to be long-ball football and it will be a real slog to stay in the league. But he took the players by surprise. He broke the game down, he broke our results down.

"The most impressive thing was on the training ground. He was in complete control. He made you believe. More often than not, the gameplan he implemented came to fruition. You wanted to work hard for him. He's a charismatic manager."

Former West Brom forward Peter Odemwingie: "He's proven himself. He knows how the bring the best out of players. There's no threat at the moment but I'm sure he'll shuffle players around to try and find a way for them to score more goals."

Former West Brom striker Rob Earnshaw: "He has a wealth of experience and a big personality. He knows what it takes in this division."

Between 1992/93 and last season, 19 out of 74 clubs have axed or lost their manager in the first season after promotion to the Premier League - typically during the frantic festive schedule or towards the business end.

But did those changes achieve the sought-after bounce effect? Well, only six of those 19 clubs stayed up come May. On average, there was a points-per-game boost of 0.18 after bringing in a new boss - but the swings are significant.

Crystal Palace's form soared after sacking Ian Holloway in October 2013, with the Eagles going on to stay up. But Cardiff suffered a notable dip after dismissing Malky Mackay in December the same year and were relegated.

West Brom will hope Allardyce's experience - and his survival blueprint - will sway the odds in their favour.