Liverpool vs Man Utd: Jurgen Klopp says it is rare that games are absolutely perfect

In an exclusive interview with Soccer Saturday, Jurgen Klopp says perfect preparation and execution is rare, and that he is missing the fans at Anfield; watch Liverpool vs Manchester United on Sky Sports Premier League and Main Event from 4pm on Super Sunday; kick-off 4.30pm Jurgen Klopp speaks to Soccer Saturday about playing Manchester Utd twice in a week, keeping the bond with the fans strong during lockdown, and Liverpool's form

Liverpool manager Jurgen Klopp says he can "count on one hand" the games that have gone perfectly as he prepares to face Manchester United this weekend, live on Sky Sports.

Klopp has had to contend with plenty of obstacles since winning the 2019/20 Premier League title, including injuries to key players and the continuing impact of the coronavirus pandemic.

Indeed, a shortage of senior centre-backs has seen Fabinho and Jordan Henderson dropping into defence, but is the Liverpool boss concerned that this will leave his midfield exposed?

In an exclusive interview with Soccer Saturday ahead of Sunday's meeting with Man Utd, live on Sky Sports, Klopp answered with a wry laugh: "That's the whole season already like this, so there's no moaning or complaining about it. It's just how it is and it's always like this in football.

"I'm around about 20 years as a coach or a manager and probably one hand is enough to count the days when things were absolutely perfect. No problems, the right team could play, we had the right shape, the last game was exactly how it should have been, the next game is looking promising - it's really rare. So it's constantly like this that you have to find solutions.

"You have to reduce your own expectations of a perfect matchday and you still have to make sure the boys are absolutely spot on. That's not just for the coaches, that's for everybody.

"We have a lot of players with kids at home and home-schooling and I think the challenges are much harder for the players to deal with. That's how it is and it's not too different to life in the 'outside bubble'. I think we have all faced a lot of challenges which we never would have expected to face ever in our life."

One of those challenges has been the absence of fans inside stadiums. A small number were briefly allowed to return to Anfield around Christmas, but one of football's greatest rivalries will be played without supporters this weekend.

"I don't think our supporters in this specific moment are thinking, 'this [playing against Man Utd] was the most important moment'," Klopp explained.

"We had to deal with the situation that we couldn't celebrate the championship [winning the Premier League] together, so now two United games in a week - one is at home and one is away [in the FA Cup next Sunday] - but they all can watch it on TV.

"They're all with us and can scream in their bedrooms or living rooms for us and that's all you can get in the moment. It's still better than we wouldn't play, so it's a big one and it will always be a big one.

"I'm really happy that we're in a situation where we can say it will be difficult, but we have a chance and that's all I need before a football game."

As with any big match, all eyes will be on team selection, although Klopp insists that with injuries hitting his squad, he has no second-string players. 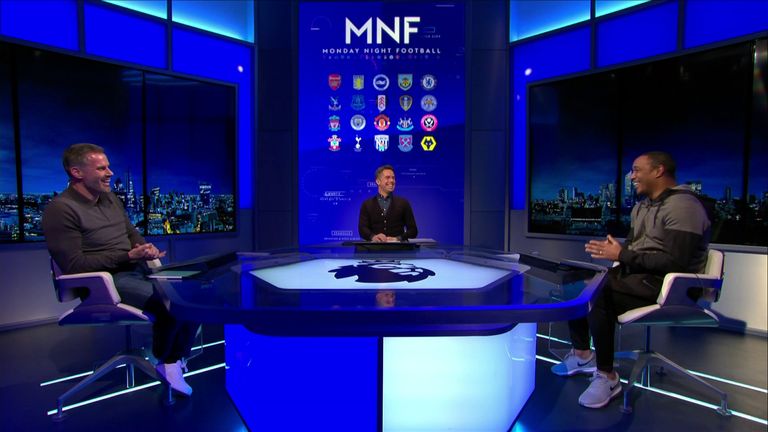 "The problem is they come back and they are not injured anymore, then it takes a while for them to be fit again and when they are, they need rhythm so it's not just being out for two or three months and you're suddenly ready to go again."

One thing is for sure, even without fans or first-choice centre-backs, and with plenty of solutions to find, Klopp and Liverpool will be ready to go against Man Utd this weekend.