Jurgen Klopp speaks to Sky Sports about competing with Man City for the Premier League title, remaining relentless, and why triumph is mined from the lowest moments; watch Southampton vs Liverpool live on Sky Sports Premier League from 7pm on Tuesday; kick-off 7.45pm

Amid the delirium of Liverpool achieving their third Champions League final in five years, Jürgen Klopp paused his celebrations to ping off crucial texts.

The first was received by wife Ulla, his heart. The next set was sent to the pair who were drafted in as Liverpool's spine when, to recall the manager's analogy during an almighty injury crisis, the team had broken its leg, then vertebrae, and found it difficult to move.

"I messaged Rhys Williams and Nat Phillips because we wouldn't be there without them," Klopp tells Sky Sports News.

"I remember the final game of last season and they left the pitch with a bandage around the head, cuts on their faces, and that was really a symbol for the whole period. We went through on one leg, with one eye… it was incredible. It was such a tough season."

The German is reclining in a media room at Liverpool's training base on the anniversary of Alisson's barely believable 95th-minute header against West Bromwich Albion, which helped clinch Champions League qualification and further fuel a fighting spirit that has provided the possibility of a quadruple.

It is why he is reflecting on what went before, and the contrast to where his side are with the League Cup and FA Cup already collected ahead of a decisive fortnight to determine the destination of the title and European glory.

"Hopefully nobody forgot how hard we fought to get here," Klopp says of a time that seems so distant, so divorced from this reality.

"We felt it mentally. The public wasn't shy of telling us that we underperformed and all these kind of things. You try to understand, you think 'wait a minute, we're facing teams in the strongest league in the world having played for the majority of the time without our full defence. We had no centre-halves, had to play midfielders in the last line, then had to use other players in midfield and nothing worked really.

Three games to go: How the title race now stands

Man City have one game left. Liverpool have two. Here are the permutations which will decide who lifts the Premier League trophy.

"In the end, we played with two incredible players - Rhys and Nat - but we couldn't use them earlier because they needed time to adapt. So, yes there was a bit of a point to prove and I'm really happy that the boys did that.

"Now we should really squeeze everything out of these competitions, which so far we are."

Merson Says: Liverpool have no chance of winning the title now

Paul Merson says Liverpool could win 55-0 at Southampton and it wouldn't make a difference - and why Antonio Rudiger's Chelsea exit is Frank Lampard's fault.

Q&A: Klopp on competing with City and remaining relentless

In a wide-ranging conversation with Sky Sports News' senior reporter Melissa Reddy, Klopp detailed why 'intense' doesn't quite capture how exacting it is to compete with Manchester City for the title, remaining relentless, and why triumph is mined from the lowest moments…

Melissa Reddy: "Pep Guardiola said the league battle goes down to the wire with City and Liverpool due to the uncompromising nature of both teams?"

Jurgen Klopp: "It's good to be honest. And he is right. I can give all the compliments because it's incredible. The consistency City show, the quality they have… it's a team full of wonderful footballers.

"And then, and the most challenging thing is when you have these talented boys to make it clear the importance of throwing everything on the pitch - and they do it! I really respect that a lot, and we do it as well. It's the same mix.

"We are different teams with similar skills and I'm not sure intense is even the right word anymore. The levels we push each other to is absolutely crazy. 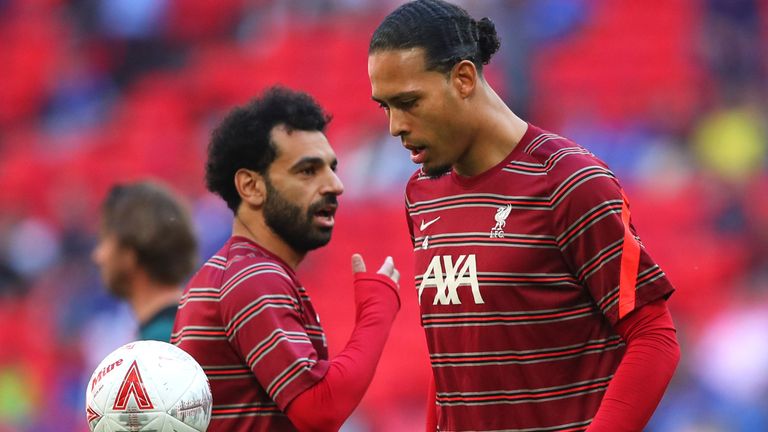 Klopp confirms Virgil van Dijk and Mo Salah will not be available for Liverpool's trip to Southampton in the Premier League, live on Sky Sports

"And look, being just around them without qualifying for finals would be not that cool because being even a point behind them is still a point behind. It's close, but it's not where you want to be. But because we've qualified for finals, won two of them have another one to go for, that makes it a really enjoyable season.

"I probably have a bit of tinted glasses, but I think it's very exciting to watch to if you are neutral and think, 'Wow, what are they doing? They really are going to the very end.' And it's great to be involved because of the quality of the opponent."

MR: "It surely can't be more enjoyable than it is tense?"

JK: "I think both finals against Chelsea are really good testament: two teams of incredibly high level - we cannot leave them out of these talks because they went for those two cups and quarter-finals in the Champions League.

"The concentration level was absolutely insane and both were examples of top finals for me. People want to see goals, I understand that, but I cannot see that anybody got bored by these games because there was so much in it. This is how we push each other."

Can Liverpool PL take the title race to the final day?

Show up for your team and live stream Sky Sports with a NOW Sports Day Membership for just £5.99 – view the offer here...

MR: "We're referencing successful finals for Liverpool there - the League Cup and FA Cup wins - but the reaction to big defeats in the initial years of your tenure is instructive. And then the desire after finally tasting success to keep chasing more?"

JK: "All of us expect that relentlessness from ourselves. None of us are free of defeats, which means we are really used to it as humankind.

"My idea of life is I don't expect anything, I don't take anything for granted - as long as I have a chance, it was always enough for me. And we have the chance obviously to react so let's give it a try. So we felt already how rubbish it feels when you lose so you have to work to get the other feeling.

"When we sang the song [after the Champions League defeat to Real Madrid in 2018] in my kitchen that we'll bring the trophy back to Liverpool and then we actually did it, I think it was pretty special. By the way, this morning my phone reminded me of that memory with a picture of Peter Krawietz and another friend of mine holding a vase pretending it was the trophy. That's when we started creating the song, but it's a good example. 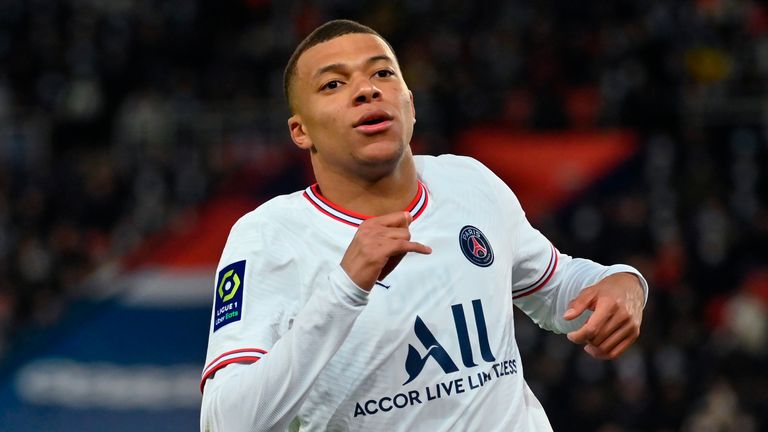 "So you try hard, you want to win everything, we go for it with all you have and it's still possible to lose. And it feels really not good. And I had it too often in my life, but if I'm 100 per cent honest, they all sharpened my mind as well. So I don't think I made a lot of mistakes in the finals, but maybe here or there little things.

"I thought you have to perform, like you have to play your best game. And then we won the Champions League when it was the worst final we played to be honest - I was more than happy with that. And I was not coaching on the sideline, 'do this, do that.' I accepted it like this. And we all tried to defend on a decent level and, and to get through this game.

"So we all have to learn to win. But sometimes we don't give ourselves enough time for it. That's it."

Henderson on making Liverpool history: 'It's special, but we want more'

Liverpool captain Jordan Henderson speaks exclusively to Sky Sports about becoming part of the club's history and his side's hunger for more success...