United missed Dortmund's August 10 deadline for the deal to be completed but came in with a £91.3m offer which was rejected earlier this week 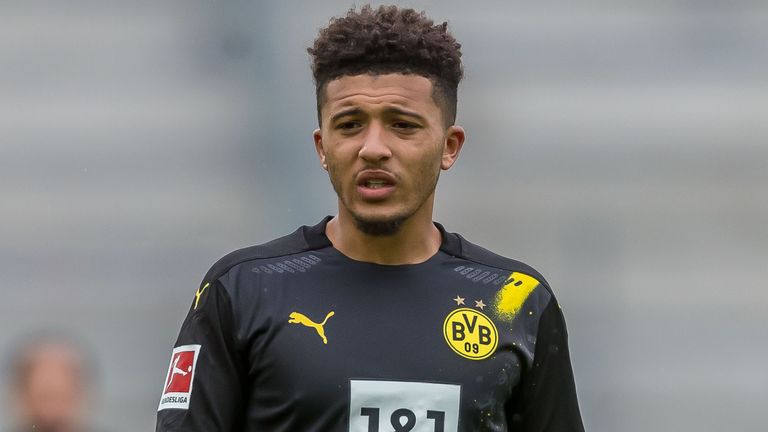 "The door is closed, I have said this 27 times!", Zorc told reporters on Saturday.

It is a view shared by the rest of Dortmund's hierarchy, head coach Lucien Favre, the club's players, and fans in the North Rhine-Westphalia city.

Club captain Marco Reus has expressed his delight that his attacking team-mate is remaining at Signal Iduna Park.

Other players have not been permitted to talk about Sancho to the media, but Thomas Meunier could not resist telling Sky Sports News: "Sancho is staying", while walking into the club's Brackel training centre. 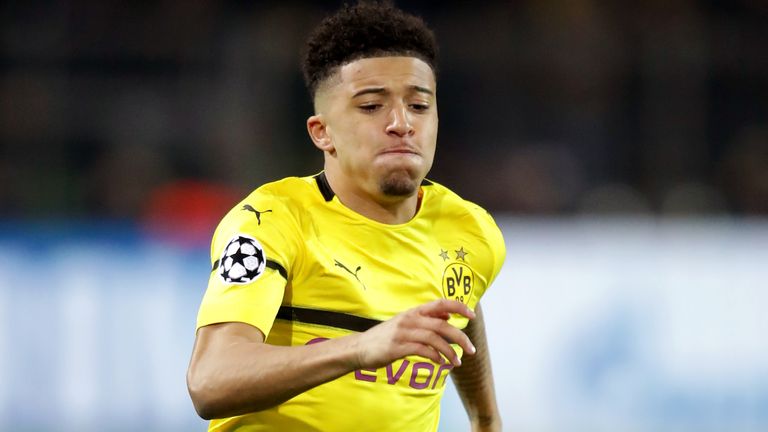 Borussia Dortmund's sporting director Michael Zorc confirms the club has been in contact with Manchester United over Sancho, but does not expect a deal to be done

A total of 11,000 fans were let into the stadium for Saturday's match against Freiburg, with Bundesliga clubs currently permitting a reduced number of supporters to return to stadia, its usual capacity is just over 81,300.

One Dortmund fan said: "I think he is definitely going to stay because there was a deadline and there is no option for a transfer anymore."

"I think he will stay this season, and the next year he will leave us," was another supporter's prediction on the Sancho saga.

Manchester United placed a £91.3m bid earlier this week, which was turned down by Dortmund. 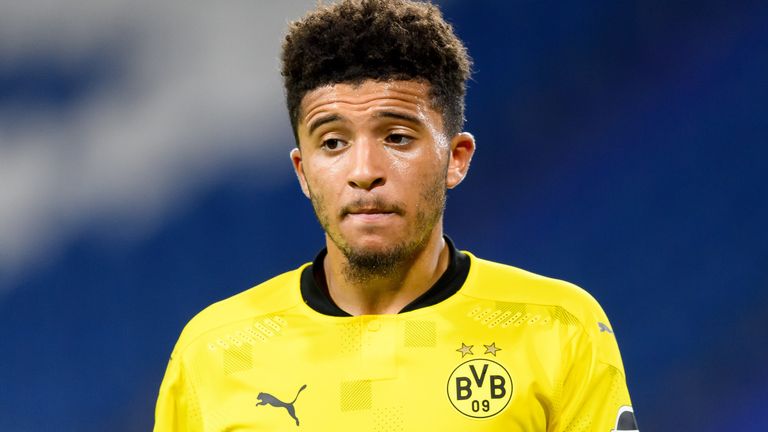 Sancho has not trained with Favre's squad since United tabled their bid because of an ongoing respiratory infection.

He missed the 4-0 victory over Freiburg and also sat out of the German Supercup final against Bayern Munich. The forward has tested negative for coronavirus.

Sancho has been United's No 1 target throughout the summer, with Donny van de Beek the only other arrival so far at Old Trafford, but the club missed Dortmund's August 10 deadline for the deal to be completed.

Prior to their late bid, United had made a breakthrough in negotiations with Sancho's representatives earlier in September, with wages and agents fees no longer thought to be an issue for the Premier League club, but on September 23 Dharmesh Sheth told The Transfer Show that Dortmund had been left "bemused" by United's attempts to sign him.

Gareth Southgate selected Sancho for England's upcoming Nations League games against Belgium and Denmark and a friendly against Wales, with the Three Lions squad due to meet up at St George's Park on October 5, which coincides with Transfer Deadline Day.