Sky Sports News reported that Spurs were in talks with Real over a permanent deal, but the club and player prefer the Gunners' loan proposal, with the deal expected to be completed with Zidane's blessing.

The proposed loan deal suits Arsenal from a financial perspective, allowing them to focus their funds on other targets.

Real Madrid, who initially wanted to sell the player, are now also keen on a temporary deal following the midfielder's impressive displays at the European U21 Championships. 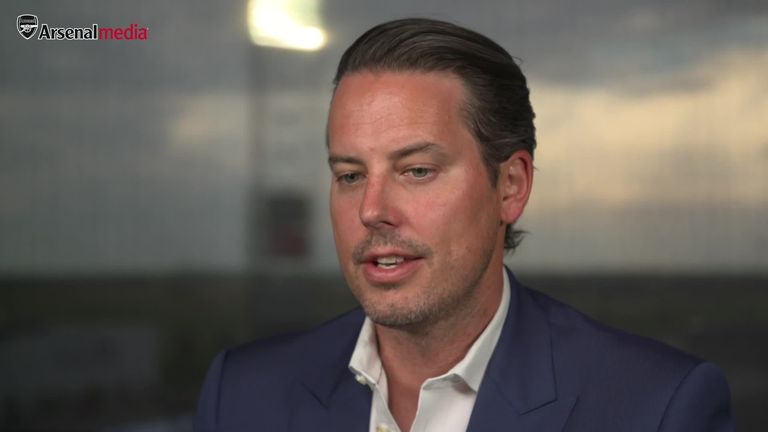 Ceballos himself believes he has a future at the Santiago Bernabeu and Sky Sports News understands he prefers a move to Arsenal, rather than Tottenham, because of the prospect of more first-team chances.

Arsenal are also close to agreeing a deal with Saint-Etienne for defender William Saliba, according to Sky sources.

Sky Sports News reported last week Arsenal were set to secure a £27m deal with the Ligue 1 side, which would see the promising 18-year-old loaned straight back next season.

It is understood that the Gunners' north London rivals Tottenham were also in talks with Saint-Etienne - but have yet to make a formal offer.

The French club were believed to be waiting for Tottenham to bid before deciding on the defender's next destination - in an attempt to drive up his transfer fee, with the player preferring a move to the Emirates.

Sky Sports News understands that the nature of the deals for both Ceballos and Saliba will allow Arsenal to continue to pursue other targets such as Crystal Palace winger Wilfried Zaha.

Palace manager Roy Hodgson has said that Arsenal are yet to make a bid "anywhere near the Ivory Coast international's valuation".

Arsenal continue to look at alternatives to Zaha - with Gremio forward Everton a player they retain an interest in.

The Gunners are engaged in continued talks with Celtic over the structure of payment for left-back Kieran Tierney.
Celtic boss Neil Lennon feels that Arsenal's most recent bid for Tierney - believed to be in the region of £25m - will not force Celtic into a deal.