"I am the Arsenal captain. I love this club. I am committed to it and desperate to bring it back to the top, where it belongs," Aubameyang says 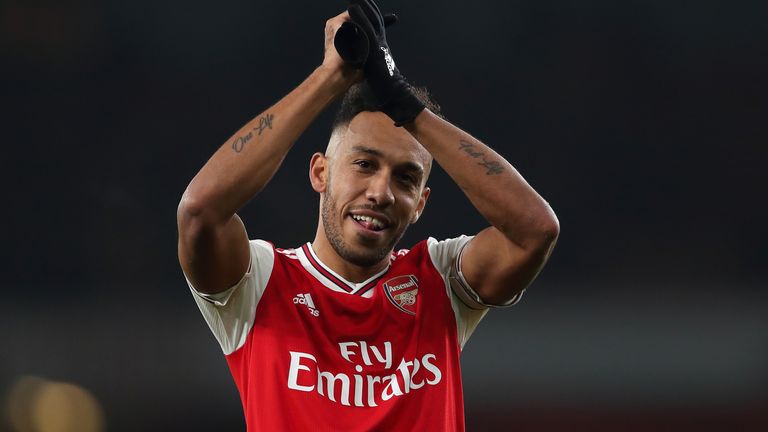 Pierre-Emerick Aubameyang says that recent media reports linking the striker with a move away from Arsenal during the January transfer window are untrue.

Newspaper reports from Spain have claimed Real Madrid will make a player-plus-cash offer for the Gabon international worth up to £70m.

But Arsenal head coach Mikel Arteta has made it clear that the Gunners' top goalscorer this term will not be sold this month.

In his programme notes ahead of Arsenal's FA Cup third round tie at home to Leeds United, Aubameyang wrote: "I would also like to react to some of the rumours that are going around about me in the media.

"People like making up stories and they should focus on what's happening on the pitch.

"They talk too much and it does my head in! I am the Arsenal captain. I love this club.

"I am committed to it and desperate to bring it back to the top, where it belongs."

The 30-year-old remains under contract at the north London club until summer 2021.

Arteta on Auba: End of the story

Aubameyang was not involved in the win over Leeds but speaking after the match Arteta said he hoped the striker's statement would be "the end of the story".

"His commitment since the day I walked through that door has been phenomenal," he said. "The work that he's put in, his attitude around the place with the players.

Meanwhile, Arteta has also stated that he expects Granit Xhaka to remain at the club beyond the January transfer window, despite the midfielder being in talks with Hertha Berlin over a move to the Bundesliga.