Tottenham will check on the fitness of Harry Kane, while Joe Hart may start; Arsenal sweating on the fitness of Thomas Partey and David Luiz; Watch Tottenham vs Arsenal on Super Sunday from 3.15pm on Sky Sports Premier League; kick-off 4.30pm

Team news, stats and prediction ahead of Tottenham vs Arsenal in the Premier League on Sunday; kick-off 4.30pm.

Tottenham will check on the fitness of Harry Kane ahead of Sunday's north London derby with Arsenal in the Premier League.

An unspecified injury saw the England captain miss Thursday's 3-3 draw with LASK in the Europa League, but boss Jose Mourinho expects the forward to feature this weekend.

Goalkeeper Joe Hart is also on standby to start for the first time in the Premier League this season amid a fitness concern for Hugo Lloris.

Erik Lamela (Achilles) will not face Spurs' rivals while Toby Alderweireld, Sergio Reguilon and Carlos Vinicius are being assessed. 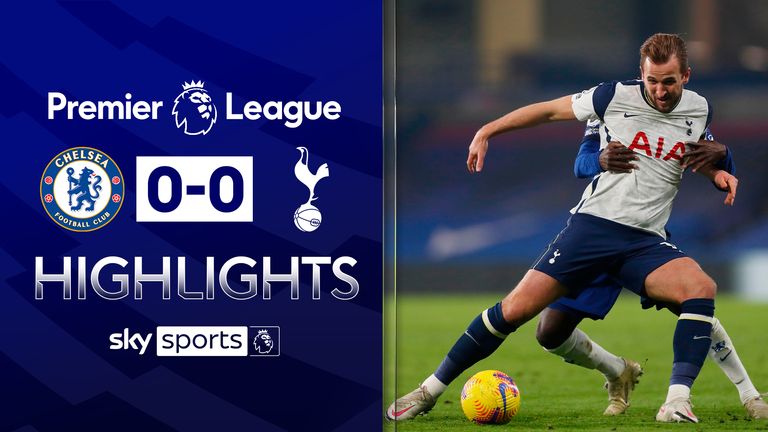 Arsenal will be sweating on the fitness of Thomas Partey and David Luiz for the short trip.

Partey (thigh) has missed the last four games while Luiz suffered a gash to the head during last weekend's defeat to Wolves.

Nicolas Pepe is banned and Gabriel Martinelli (knee) is still missing as manager Mikel Arteta prepares to recall all the big-hitters rested for the Europa League on Thursday night. 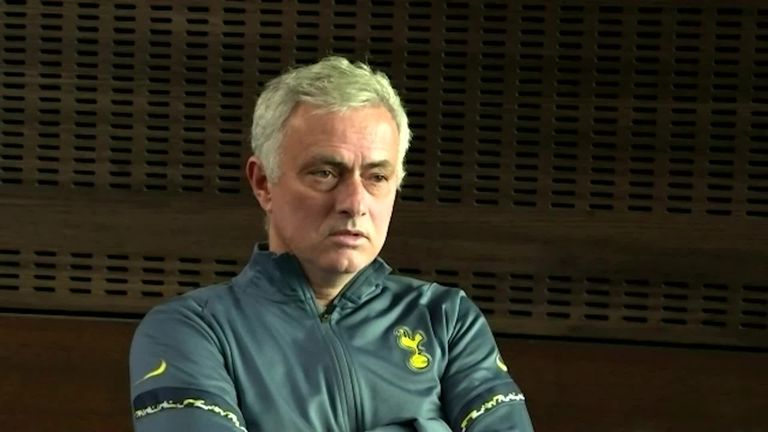 Tottenham vs Arsenal will be broadcast live on Sky Sports Premier League from 3.15pm on Sunday; kick-off at 4.30pm. Sky Sports customers can watch in-game clips in the live match blog on the Sky Sports website and app. Highlights will also be published on the Sky Sports digital platforms and the Sky Sports Football YouTube channel shortly after the final whistle. 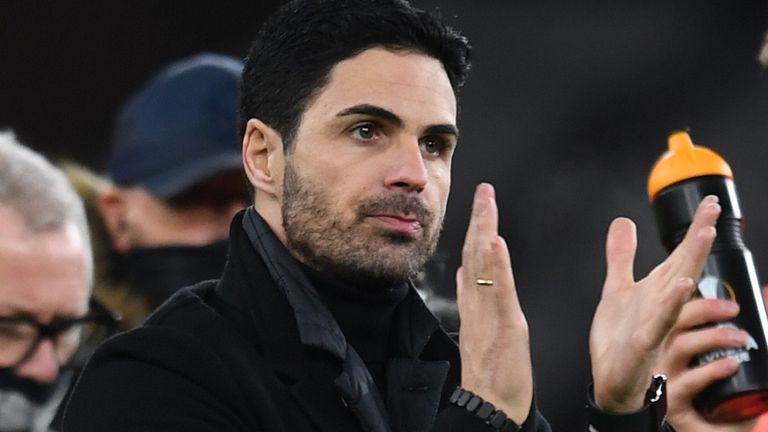 Arsenal welcomed 2,000 fans into the Emirates for the Europa League game against Rapid Vienna and boss Mikel Arteta says they played their part in a 4-1 win

Of course, I jest, that's far from the truth.

He wasn't the second coming when he was out-mastering Pep Guardiola en route to winning an FA Cup and he's far from washed up has-been now.

However, his chat this week about Arsenal's crossing stats has left me wondering whether he is as savvy as many made him out to be. As my colleague Adam Bate wrote in his brilliant analysis of Areta's crossing statistics: "It can sometimes be seen as a sign of desperation, indicative of a team that has resorted to flinging balls into the box when unable to break down a defence by more efficient means." 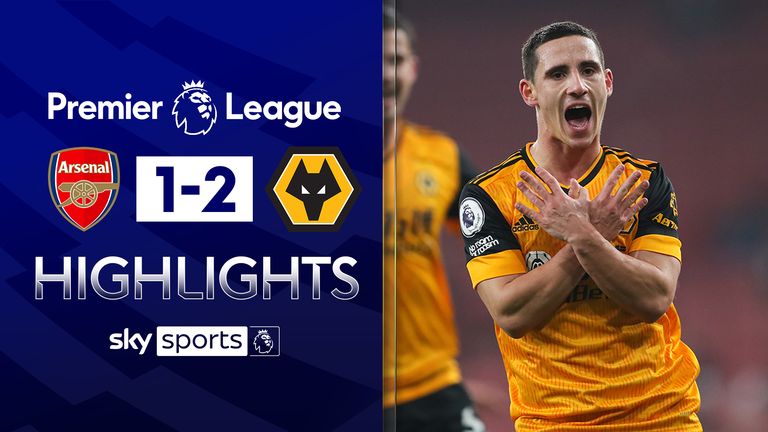 FREE TO WATCH: Highlights from Wolves' win at Arsenal

Nail on head. Arsenal's patterns of play in forward areas are coming across as desperate. Barring a Gabriel header from one of those hopeful crosses and a Pierre-Emerick Aubameyang penalty, Arsenal haven't troubled the scorers in their last six games. The last thing they need is a Jose Mourinho marshalled defence to break down.

Since the 3-3 draw with West Ham, Spurs have shipped just one goal in five games with clean sheets against Manchester City and Chelsea to their name. It's time to go back to the Tottenham to win by goal theory again, this week you can get 11/4 - no manager does it better than Jose. 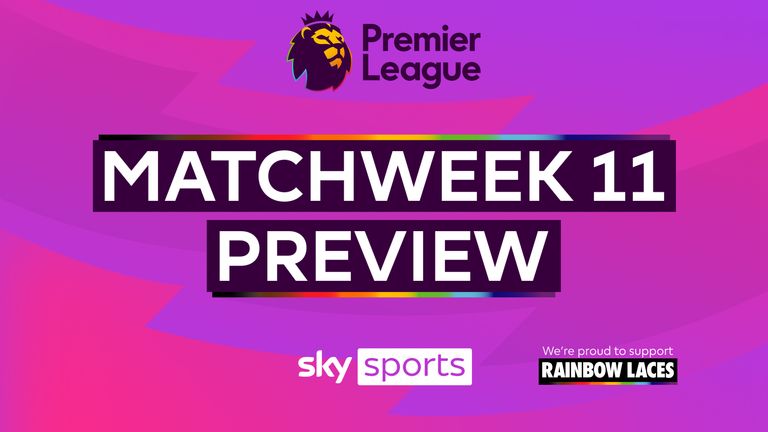 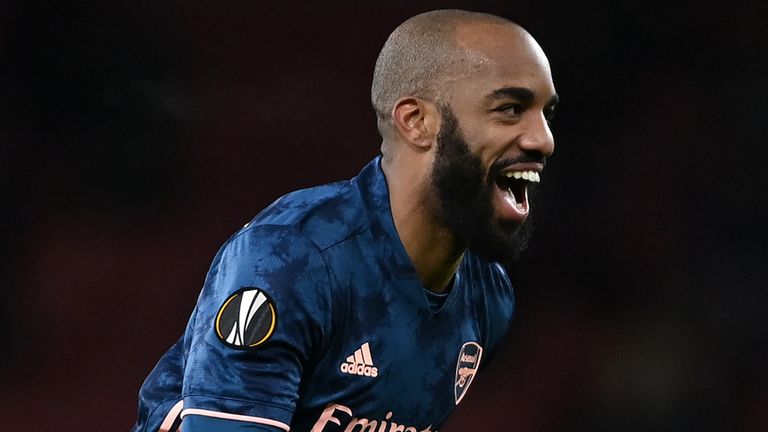 Moving Alexandre Lacazette into a deeper No 10 role could bring out the best of Pierre-Emerick Aubameyang for Arsenal, says Alan Smith

Plus we hear from a Charlton supporter about the experience of returning to watch live football. Adam also makes his bold Pitch for what he thinks will happen in this weekend's Premier League action - and it's good news for the teams in the relegation zone…!