In part 15 of the series, Sky Sports' Voice of Football takes us on a virtual visit to Sheffield United's Bramall Lane, including the sight of a defender going in goal and performing heroics.

Keep an eye out for some special Tyler's Teasers. Today's question is all about teams with an alphabetical quirk in their names. 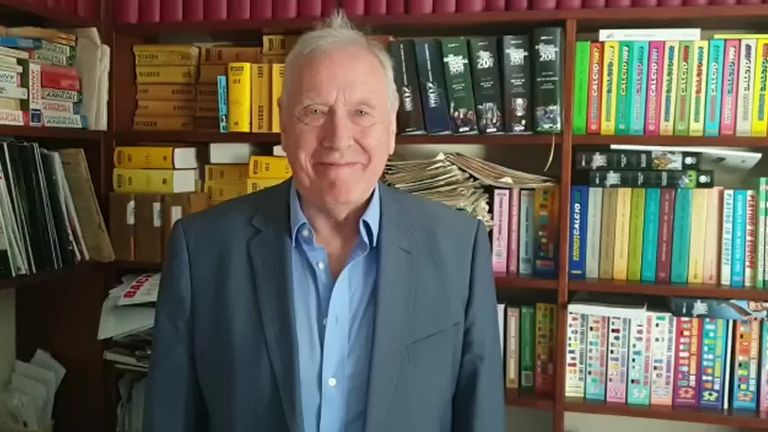 Take a look at Martin Tyler's Sheffield United teaser on teams with an alphabetical quirk. Scroll down for the answer

Bramall Lane: How I get there

I have only been to Bramall Lane once this season, on a Monday evening in October following the Manchester United vs Liverpool Super Sunday clash at Old Trafford.

The Blades were at home to Arsenal. I stayed on the Sunday night in Manchester and caught the train across to Sheffield. Unlike Hillsborough, the city's main station is close to Bramall Lane

I commentated for Yorkshire Television for five seasons so it gave me time to reminisce.

The commentary gantry is a very solid structure built into the Main Stand. You reach it via a media-only staircase inside the building. I had not been there for a while until last October, but it had a real familiarity about it and is well equipped for the extra broadcasting demands of the Premier League.

Football history records that Bramall Lane staged the very first football match under floodlights in October 1878. Regular Yorkshire County Cricket fixtures, and once a Test match, were played on the ground for 150 years until 1973.

Sheffield United were then able to build a stand on the previously open part of the ground and the car park outside that structure is where the cricket pitch used to be.

My most notable memory of Bramall Lane

Sheffield United beat Arsenal 1-0 back in October and that was a special feat - almost 13 years since the previous Premier League meeting between the two clubs at Bramall Lane, which ended with exactly the same scoreline.

That 2006 game is my most notable memory. Extraordinarily one player was involved in both matches. Phil Jagielka was a Blades' substitute in this season's fixture and sat on the bench throughout the evening. If he was so focused that he did not think about his past heroics against the Gunners he was very much in a minority in the stadium.

That evening Jagielka had to swap his outfield shirt for the goalkeeper's jersey when Paddy Kenny was hurting too much to carry on. The manager Neil Warnock disliked naming a substitute keeper, and he knew that in Jagielka he had a worthy stand-in. This was not the only time Phil put on the gloves but it was his finest half-hour.

United had a lead to defend, following a goal scored by Christian Nade, a French forward who only spent that one season in Sheffield. It was the first of just three he struck in the Premier League. If Nade won the day, "Jags" certainly saved it with one particularly splendid stop from Robin van Persie as the crowd chanted "England's number one!"

And what of Nade? He was still playing in the UK at the age of 35 when this season came to its premature halt, for Annan Athletic in Scotland's League Two. I am sure he would have noted that United's much more recent winner against Arsenal came from another young French striker, Lys Mousset.

Nade's famous goal against Arsenal was the last in the Premier League in 2006. It would not have had that distinction but for the Sheffield United stalwart who stepped both between the posts and into the breach.

Bramall Lane now has a hotel on site which is perfect for overnight stays before or after matches.

The ground also houses Chris Wilder. If one man, one manager, can ever depict the entire ethos of a football club it is Chris. He is strong, skilled and, though he cares so much for Sheffield United, not sentimental.

The ultimate Blade who is on a crusade... 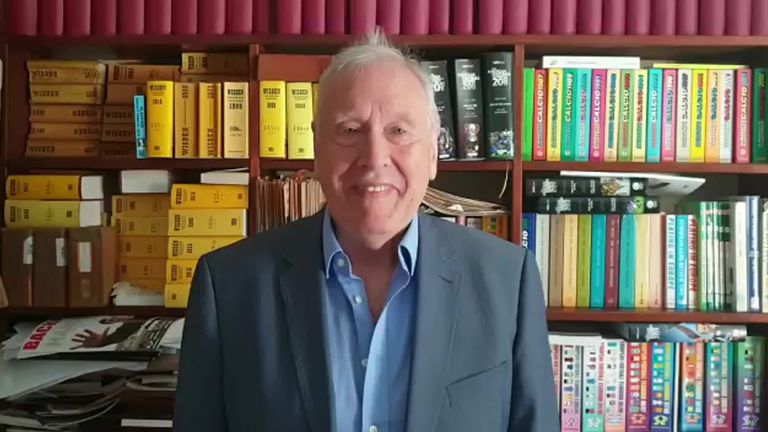 On Tuesday: Martin brings us his guide to Southampton's St Mary's Stadium