Derby have sacked defender Richard Keogh for gross misconduct following his involvement in a drink-driving incident in September.

The defender was told on Wednesday he had to accept a new contract with the Rams on lower wages if he wanted to remain at the East Midlands club.

Keogh had had his campaign cut short following his involvement in what the club described as an "alcohol-related incident" last month, and is likely to be sidelined with a knee injury until December 2020. 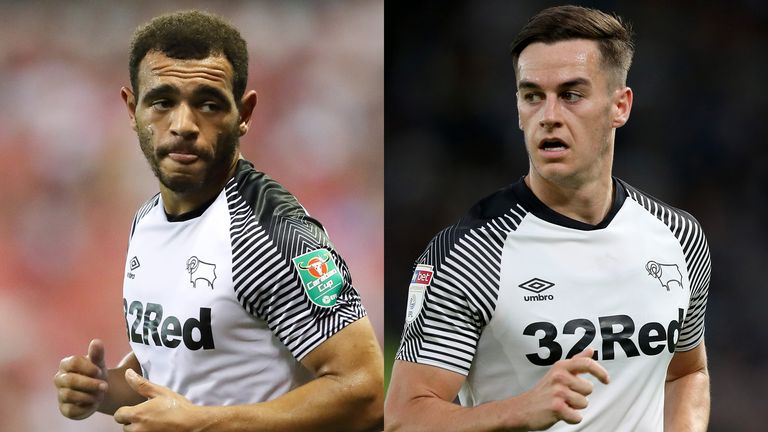 The centre-back, along with team-mates Mason Bennett and Tom Lawrence, were involved in a car crash following a team night out.

The collision occurred on the A6 in Allestree, Derby before midnight on September 24.

The 33-year-old was under contract at Derby until 2021 and he had featured in eight Championship games for Cocu's side this season.

His two teammates Bennett, 23, and Lawrence, 25, pleaded guilty to drink-driving, and were ordered to carry out 180 hours of unpaid work, given a 12-month community order and disqualified from driving for two years, following the incident.

The pair were also fined six weeks' wages by Derby and given 80-hour community service orders.

A statement from the club read: "Derby County Football Club has completed the disciplinary hearing regarding Richard Keogh in respect of his involvement in the events of Tuesday, September 24.

"As a result of that process, Mr Keogh has had his contract terminated with immediate effect for gross misconduct. He has the right of appeal within 14 days.

"As we have said from the outset, the club will not tolerate any of its players or staff behaving in a manner which puts themselves, their colleagues, and members of the general public at risk of injury or worse, or which brings the club into disrepute.

"The club will be making no further comment at this time regards this matter, until the conclusion of any potential appeal."

Keogh had featured 356 times in eight seasons at Derby and captained them to the play-off final last term.

He has also earned 26 caps for the Republic of Ireland to date.

Curtis Davies has captained the Championship side in their six games since the traffic collision in September.