Ange Postecoglou took training at Lennoxtown for the first time on Thursday; Celtic play FC Midtjylland in their opening Champions League qualifier on July 20; Premiership season gets underway on July 31 versus Hearts, live on Sky Sports Ange Postecoglou must bring instant success to Celtic and will not be given time to settle, according to Paul Lambert, who also believes the transfer window will be "massive" for his former club.

Postecoglou, who missed the start of pre-season because of quarantine rules following his arrival from Japan, took training for the first time on Thursday.

However, there are question marks over the future of key players including Leicester target Odsonne Edouard and Kristoffer Ajer, with Bayer Leverkusen in talks to sign the defender.

The 55-year-old is also searching for a new captain after Scott Brown joined Aberdeen as player-coach, while several other players left the club after loan spells at Parkhead.

"It is a massive season for Celtic regarding players going and coming in," Lambert said.

"The season Celtic had last year wasn't to the standard everyone expected but you get that when you're at a club of that size. 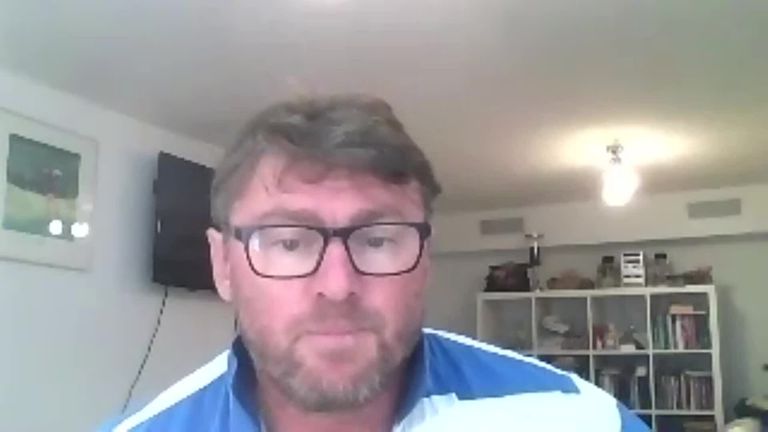 "It is not a normal run-of-the-mill club when you get time to bed yourself in. He'll need to find his feet quickly and when it really kicks off, you have to win games.

"He seems a really clever guy and knows what he wants to do but ultimately it will be down to the players he gets in and the players already there."

Postecoglou will continue working with last season's Scottish Premiership runners-up, before they leave for their pre-season training camp in Wales on July 5.

His first competitive match in charge of Celtic will be against Danish Superliga runners-up FC Midtjylland in the Champions League second qualifying round on July 20 at Celtic Park, with the second leg eight days later.

Celtic then open their Scottish Premiership campaign away to Hearts on July 31, live on Sky Sports. Postecoglou has a good track record in management but will need to quickly adapt to expectations around Celtic, says former defender Gary Caldwell

Lambert added: "I know from my own experience when you are a player there, you have to win. I've always said that about Celtic because if you don't, the crowd will let you know.

"If you are at a club that has more or less won trophies every time then you can't say we will take one or two years to find our feet.

"I don't think it will happen, I don't think the Celtic supporters will want that to happen, and quite rightly so. 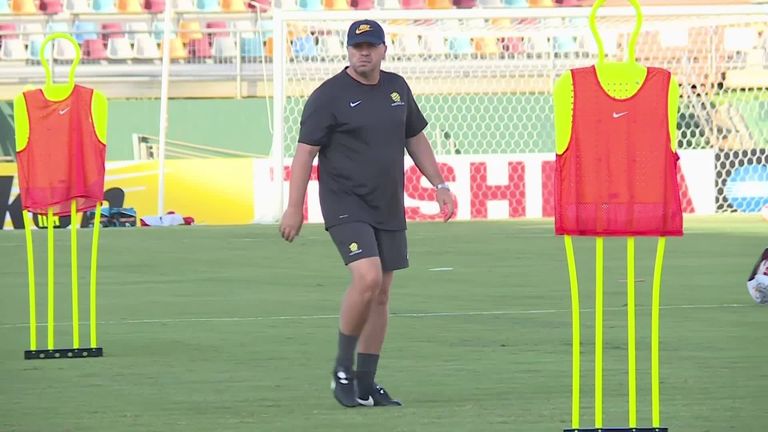 Celtic State of Mind podcaster Paul John Dykes says the appointment of Postecoglou is 'high risk', but believes the supporters will get behind him

"To beat the best you have to have pressure on your shoulders and he is certainly going to have that.

"The European games are massive and you have got to win them.

"Midtjylland will be really tough and a really well drilled, fit team. If they don't go through then there will be criticism coming."

What is in Postecoglou's in-tray?

"Celtic have European qualifiers straight away - they have three rounds to get through if they are to qualify for the Champions League.

"He has to assemble a squad that's going to be much more competitive in the coming season and the issue with that is who will still be at the club at the end of the summer?

"There's a lot of talk about Odsonne Edouard leaving while Kristoffer Ajer has already gone on the record while on international duty about his future.

"So, he might have to replace some key players and that will be important for him to get the backing financially to bring in quality players to challenge domestically and in Europe to bring in new revenue. He has to build a strong relationship with the new chief executive Dominic McKay and get his philosophy across to the team.

"He looks a determined guy from the outside looking in. He will want to impose himself to ensure his message gets across."

"With the long-awaited arrival of Neil Lennon's replacement finally confirmed, Celtic can move on from their season of discontent.

"Ange Postecoglou's appointment has come out of left-field, but became a necessity after drawn-out talks with former Bournemouth boss Eddie Howe eventually broke down.

"Howe appeared to be a shoo-in, but Celtic quickly turned their attention to the 55-year-old former Australia head coach, who will immediately be in the spotlight as he tries to rebuild a broken squad, negotiate Champions League qualifiers and establish a foothold within Scottish football, all whilst trying to settle in Glasgow."