In the group of Euro 2020, 2018 World Cup winners France take on 2014 champions Germany as reigning European champions Portugal also get going on Tuesday.

Beaten 2016 finalists France, the favourites to go one better this time around, take on a Germany side still looking for direction after a dire World Cup, with Joachim Low ending his long spell as manager at the end of this tournament. 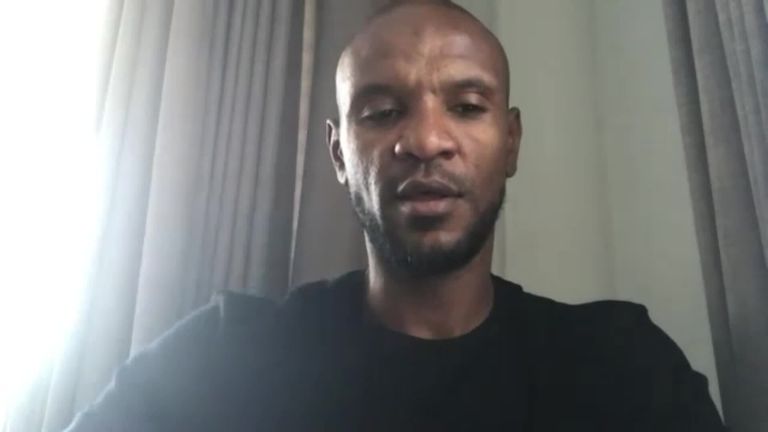 Former Barcelona and France player Eric Abidal believes that although Didier Deschamps' side may be favourites to win the tournament, they will have to be at their very best in a very tough competition

It would take a brave soul to write off the Germans, who in spite of their more recent troubles reached the final in 2008 and the semi-finals of both tournaments since, losing to France at Euro 2016. But Tuesday's opponents, the current World Cup holders, present a nightmare opener for Low's side on paper.

The pair faced one another twice in the inaugural Nations League tournament in 2018/19, with Germany earning a 0-0 draw on home soil, where they will face them on Tuesday at the Allianz Arena.

This will be the first time the two sides have ever met in the group stages of a major finals, with France clear favourites going into the match - a tag Germany goalkeeper Manuel Neuer does not buy into. 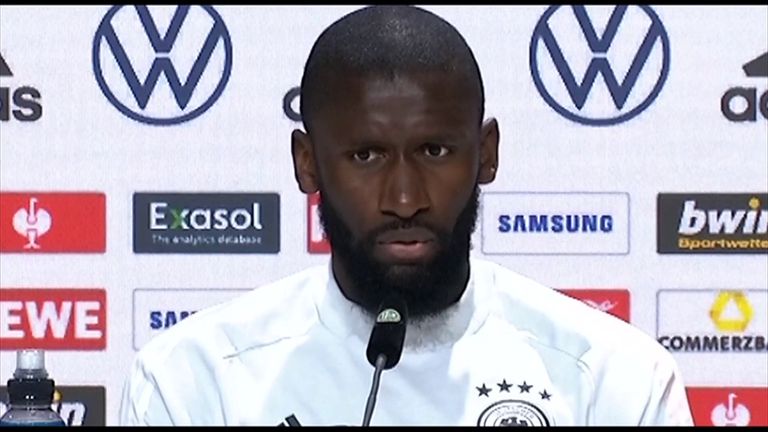 "It is very important to start with a successful result," Neuer said. "We know we owe the fans something after the last tournament. We hope to excite them with the way we will play and we need their support.

"We know France have been successful in the past years. But we are still a very good team, uncomfortable to play against. We have respect for them but we don't see ourselves as the underdogs. We want to win the game here in Munich."

There is some poetry in Portugal's first match coming against Hungary after their dramatic 3-3 draw in the group stages of the last tournament, as Balazs Dzsudzsak's double in that game - added to Zoltan Gera's opener - briefly looked set to knock them out of the competition, only for Cristiano Ronaldo's strike to earn a draw which would ultimately set them on their way to win the entire tournament. 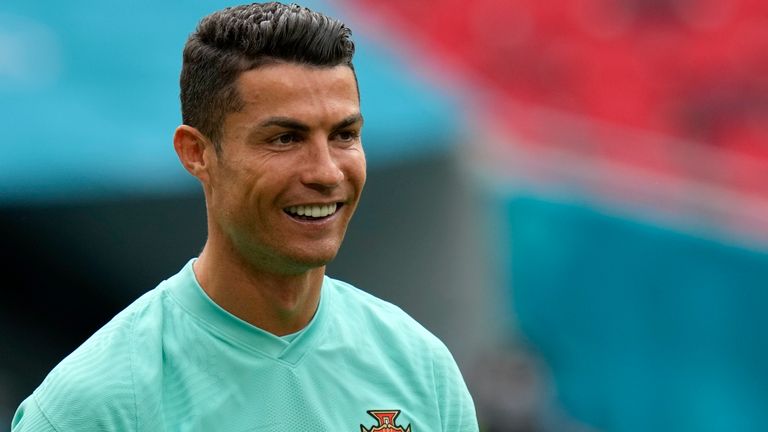 Fernando Santos, who led Portugal to the title five years ago, believes his side can hold onto the trophy, as Spain did in 2012, with their mindset as important as their personnel, which includes Premier League Player of the Year Ruben Dias.

A comprehensive look at Euro 2020 Group F with Portugal, France, Germany and Hungary looking to book their place in the knockout stages of the tournament.

Hungary vs Portugal: Santos is without Joao Cancelo after the Manchester City defender tested positive for coronavirus in the build-up to the tournament, but has Diogo Dalot, fresh from Portugal U21s' run to their own European Championship final, as a replacement. Midfielder Zsolt Kalmar will be missing for the hosts.

France vs Germany: Leon Goretzka could yet feature for Germany, having trained several times with his team-mates after recovering from injury ahead of their Group F opener. Fellow midfielder Jonas Hofmann is likely to miss out though, while France should have Karim Benzema available after the 33-year-old shook off a knock picked up in their warm-up clash with Bulgaria last week.

Jamal Musiala: Having picked Germany over England earlier this year, Bayern Munich's youngest Bundesliga scorer could yet make this tournament his own. He has now registered three caps for his country and with six goals in 26 league games for his club this season, he could yet transfer that onto the international stage.

Cristiano Ronaldo: A five-time Ballon d'Or winner. You could stop there, really. But Ronaldo certainly won't stop. Even in his 19th year as a professional footballer, he still netted 36 times for Juventus last season.

Ronaldo also scored 11 goals in Euro 2020 qualifying, and having struck three times on Portugal's route to glory in 2016, including twice against Hungary, still remains one of the world's most dangerous marksmen.

Kylian Mbappe: PSG have declared Mbappe will never be sold after a first 40-goal season for his club, but his international form is yet to quite match up to his Ligue 1 returns, and he has scored only once in five France matches this year.

But three years after winning the best young player award at the 2018 World Cup, there is little doubt this is Mbappe's time to shine for the tournament favourites. And alongside Benzema, who has had plenty of experience playing second fiddle to Cristiano Ronaldo at Real Madrid for a number of years, he can shine most in a central position as opposed to the inside-right role he took up at that tournament.

Willi Orban: Hungary are light on big names but RB Leipzig's defensive stalwart has 16 Champions League appearances to his name and missed only five games en route to a second-placed finish in the Bundesliga in 2020/21.

Hungary have kept six clean sheets in their last 10 games, and while that looks a tall order against Ronaldo and Co on Tuesday, Orban will be key to springing a second surprise in five years against Portugal if they can pull it off.

This will be the sixth meeting between France and Germany at a major tournament, but their first in the group stages. So far, their head-to-head record is perfectly balanced with two wins each and a draw.

France and Germany's only previous encounter in the UEFA European Championships was in the 2016 semi-finals - France won 2-0 courtesy of an Antoine Griezmann double.

France are unbeaten in their last five games against Germany on German soil (W3 D2). Their only previous meeting in Munich ended goalless (Allianz Arena, September 2018).

Portugal have never lost against Hungary, in 13 previous encounters (W9 D4). In fact, Hungary are the team Portugal have faced the most times without ever losing.

Questions of a rift in the France squad continue to rumble on after comments from Olivier Giroud last week, with captain Hugo Lloris forced to deny any problems in the national camp during their pre-match press conference.

Chelsea man Giroud criticised the service of his team-mates after scoring twice as a substitute in last week's 3-0 warm-up win over Bulgaria, with Paris Saint-Germain's Kylian Mbappe unhappy the matter was not kept private.

Goalkeeper Lloris brushed off the disagreement and believes France have a healthy team spirit going into their tournament opener in Munich.

"Mbappe and Giroud they had maybe a short discussion but that's normal - it's nothing unusual," the 34-year-old told a press conference.

"There are different opinions in the locker room, this can happen. It didn't harm the team at all. We've a great team spirit. I think we dealt with it very well.

"Kylian had to say something, but this is something he said in the past. We are focused now on our first match in this competition."

What are the other home nations up to?

Sky Sports News will be live from the England camp as they ramp up their preparations to take on Scotland on Friday, after the 11 who started against Croatia in their Group D opener only took part in a recovery session on Monday.

Scotland will also hold an open training session after their 2-0 defeat to the Czech Republic, as Steve Clarke assesses his options ahead of a crucial clash with England at Wembley. Charles Paterson will be live from Hampden Park with reaction from that game throughout the day.

Wales boss Robert Page will host his pre-match press conference as they ramp up their preparations to face Turkey in Baku on Thursday.

What went wrong for Scotland - and what do they need to do to bounce back against England at Wembley?

After a 23-year wait, Scotland's first match back at a major international tournament ended in defeat, with Steve Clarke's side going down 2-0 to Czech Republic at Hampden Park.

There's debate and discussion about the chances which came and went for Scotland, the mistakes at the back, the impact of "world class" Kieran Tierney's injury - and whether Scotland can bounce back in the mouth-watering match-up with England at Wembley on Friday.

And finally… was Patrik Schick's halfway-line strike better than Zinedine Zidane's volley at the same stadium? Or McFadden's goal in Paris?!