Sky Sports' Alan Smith on Arsenal's signing of Gabriel Jesus: "The centre forward position was obviously the priority and Gabriel Jesus is a good signing. Given the chance to play regularly through the middle I think he'll improve further in that position under Mikel Arteta."

Former Arsenal striker Alan Smith says Gabriel Jesus' move to Arsenal is an opportunity for him to prove himself.

Alan Smith insists the signing of Gabriel Jesus is a "coup" for Arsenal and the former Gunners striker thinks the Brazilian forward fits Mikel Arteta's project at the Emirates Stadium.

Arsenal, who were without a senior striker after the expiry of Alexandre Lacazette's contract and Pierre-Emerick Aubameyang's exit to Barcelona, were in desperate need of attacking reinforcements and their search for a striker is now over after Jesus' arrival from Manchester City.

The 25-year-old has moved to north London for £45m and he joins Eddie Nketiah as part of Arteta's new-look strike force.

Speaking to Sky Sports, former Arsenal striker Smith gives his verdict on the signing of Jesus and Arsenal's transfer window so far as the Gunners prepare for the new season.

'Jesus will improve further under Arteta'

This summer and last summer nobody was quite sure how much cash they had to splash, but clearly the squad needed strengthening and enlarging, and they are doing that.

The centre-forward position was obviously the priority and Gabriel Jesus is a good signing.

He's been in and out of the Man City team and he's played wide but given the chance to play regularly through the middle I think he'll improve further in that position under Mikel Arteta.

Will Gabriel Jesus thrive away from Man City?

Arsenal have signed Gabriel Jesus from Manchester City, but will the forward thrive away from Man City?

A lot of players nowadays have to put up with rotation and being in and out of the team, and when they are given a chance, they have to try and deliver. However, any footballer will tell you, and strikers especially, playing regularly helps because you need that sharpness and confidence in front of goal to take chances when they crop up.

There is nothing like playing week in, week out when you are trying to find that rhythm. You get on a run of scoring goals and the last thing you want is to be pulled out of the team again.

So, more often than not, you'd imagine Jesus is going to be picked to play through the middle for Arsenal.

Is Jesus the right fit for Arsenal?

South American football expert Tim Vickery says it is important for Arsenal that they understand and have a plan for how and where Gabriel Jesus will fit into their team if they sign him from Manchester City.

He fits the profile, and he is a player with something to prove. That desire and hunger is what Arteta is after.

This is not the finished article that Arteta is buying but there is a big potential for him to get better. He's still young and he fits what Arteta is trying to build in this Arsenal squad.

He's still hungry as a player and he'll want to prove himself after being in and out of the Man City team, and that hunger is vital for Arteta because he's got a squad of young players that do want to achieve in the game. Jesus will be no different. 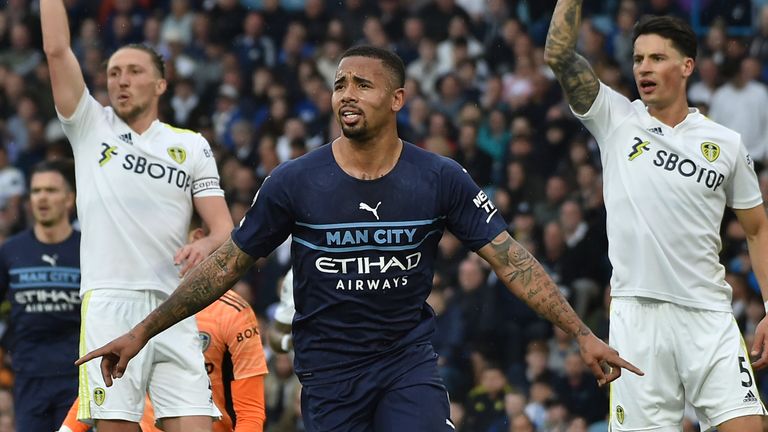 Paul Merson believes silverware could be a possibility if Arsenal can complete the signing of Gabriel Jesus from Manchester City.

There is not a lot out there that you can get hold of, short of spending £100m-plus. Also, a lot of the top clubs would be after a player of that quality.

So, I think Jesus is a very good signing for Arsenal and I think he fits with what Arteta is trying to do.

'Jesus deal a coup for Arsenal'

It's definitely a coup for Arsenal. He's committed his best years to Arsenal.

The good thing about Arsenal's recruitment now is that they are signing players without too much media fanfare. For example, we did hear about Jesus but when we did hear they were already quite far down the line in terms of securing his signature. 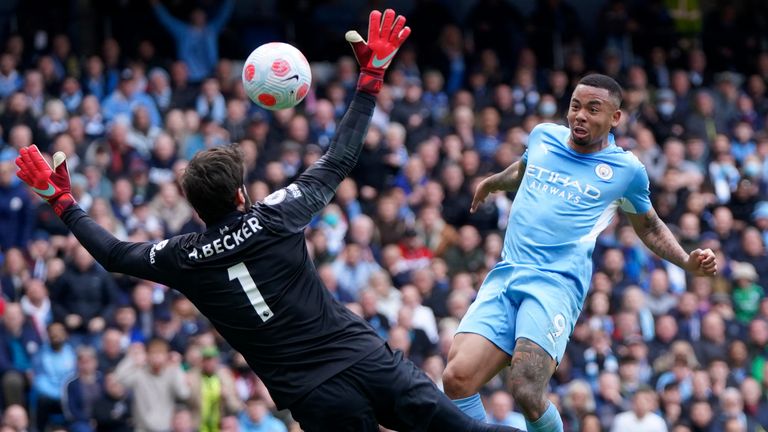 Arsenal have agreed a deal in principle for Manchester City striker Gabriel Jesus, and The Athletic's Sam Lee outlines what he will bring to Mikel Arteta's side.

Then there was Fabio Vieira from Porto. Nobody saw that one coming either and the best recruitment teams at clubs are able to do that. They do a lot of work behind the scenes, maybe even six months to a year in the build-up to signing a player, but they do it without too much fanfare or drama.

That points to a department of the club that is really functioning well and it's really encouraging that they have got that side of things working well because it was a bit of a mess a few years back. Now Edu and Arteta are on the same page, they agree what is needed and that relationship is vital.

“The basis of all good teams is competition.

“You need competition to stop players from resting on their laurels. They need to know they will not just get picked even if they produce a six out of 10 performance.

“You’ve got to have that to keep players on their toes and Jesus and Nketiah can drive each other on in training as well as matches.

“It also gives Arteta the option to play two up top if he wants to, whether that is at the start of a game or towards the end if they are chasing a game.

“Arsenal didn’t score enough goals last season. The stats show that, and they needed to increase the firepower at Arteta’s disposal. He’s now got a couple of lads who are hungry and hopefully they can do just that at Arsenal.”

The first port of call for Arsenal next season will be to try and get into the top four but that is still going to be a big ask with Spurs and what they are doing and Man Utd perhaps coming back into the equation.

It would still be a big achievement to get into the top four. They had a big chance last season, and you could say they blew it. The inexperience and the lack of depth and quality put paid to their Champions League chances in the end.

It's still going to be a big challenge but the Arsenal fans I've spoken to and from what I've seen from them on social media, they are very impressed with what's going on.

Being back in Europe, they do need better strength in depth and they are definitely heading In the right direction.

'Arteta has been ruthless'

It has been painful financially for Arsenal when letting players go. They have had to take a bit of a hit on a fair few players like Pierre-Emerick Aubameyang and Mesut Ozil, and plenty others as well. There were a lot of players there who Arteta didn't want. There was a lot of dead wood at the club going back to Shkodran Mustafi and Saed Kolasinac.

It's not easy getting rid of players these days from Premier League clubs with the salaries they are on. It's very difficult and sometimes you just have to take a hit financially and get them off the books and out of the dressing room because they aren't the sort of players you want.

Arteta has done that remarkably well. He's been pretty ruthless in his decision-making.

He's been criticised from the outside for some of those decisions. Obviously, there's the Aubameyang departure and it was a big gamble, leaving the team short of striking options. He got some stick for that every time Arsenal failed to score, but he has got the courage of his convictions and he knows what he wants.

Thankfully, he's getting the backing to try and achieve that.

“It was an important deal for Arsenal. If you bring in Gabriel Jesus and then lose Nketiah you are back down to one striker, and you probably have to go back into the market again. Arteta needs options and that’s why it’s a good deal for the Gunners.

“I’m so please that he decided to stay, having had a really good run in the team towards the end of last season. He did really well in that run and would have felt a big part of the group.

“I’m sure Arteta would have had many long conversations with him about how he wanted to use him and also that he would use him a lot more in games next season, especially with European football back at the Emirates Stadium.

“If Nketiah had left Arsenal it would have been a step down, there’s no doubt about that. He wasn’t going to Liverpool or Man City. It would have probably been a mid-table team.

“Arsenal is in his blood after coming through the academy and he’ll be really excited about the upcoming season now.

“Also, it’s really difficult to get hold of players like Nketiah. He’s a really good finisher and has that poaching instinct, which is difficult to coach. Aside from that, his overall game has got better, which did have to happen, so overall it’s a great news all round that’s he’s staying in north London.”

'Backing adds pressure to Arteta, but it's a good pressure'

It's a nice pressure. Arsenal are expected to be a successful team and he would want that expectation. So, I don't think he will be fearful of that one little bit.

As well as the new signings he's got the younger lads - the jewels in the crown - in Bukayo Saka, Emile Smith Rowe and Eddie Nketiah. They are a year older and a year wiser and just by being there they will strengthen the side.

William Saliba coming back will also strengthen Arsenal's defensive options and it will be interesting to see what happens there. He's another player who has great ability and is developing well. He's made his debut for France after doing well on loan at Marseille.

It's going to be really interesting to see how this team develops. They got off to an awful start last season, but so far, the signs are good for this season and if they can take that positive energy into the campaign, it gives them a platform to have a real go at it.