Will Leeds United manager Marcelo Bielsa sign a new deal? Are Edinson Cavani and Zlatan Ibrahimovic moving to Elland Road next season? What is going on with the club's ongoing pursuit of Brighton defender Ben White? And which other areas of the team are they looking to strengthen this summer?

Bielsa made himself a hero for life at Leeds after guiding the Yorkshire club back to the Premier League last season following a 16-year absence.

Not only that, but supporters of the club also want to know which players will be arriving at Elland Road for their top-flight return next season, with Leeds having recently had an improved £22m bid for White rejected by Brighton.

Well, not to worry as Sky Sports News reporter Tim Thornton has all the answers on the recent edition of the Transfer Talk podcast…

No concern over Bielsa's new deal - it is close 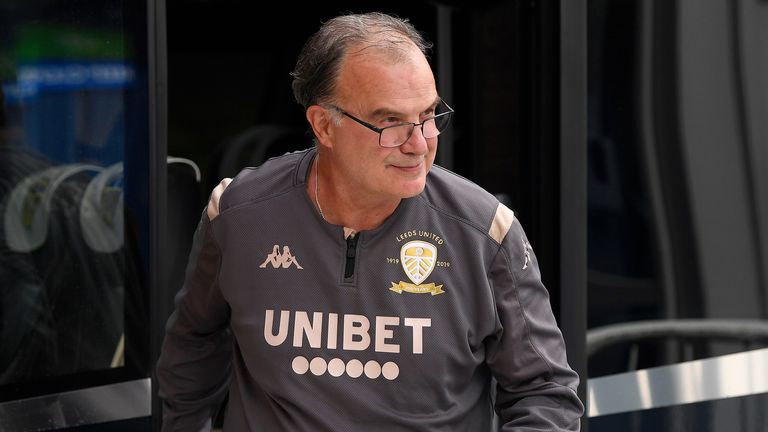 "There's no need to worry or panic, it is a process with Bielsa. First and foremost, at the end of the season, he didn't want to discuss his future, he wanted to celebrate promotion, which was quite novel.

"He thought it was good to have a break, to soak it up and to enjoy it before he focused on the next challenge. He did that and certainly for the first few days after Leeds were promoted, it was off the agenda.

Talks have been taking place and it is very close, but it is a process

"Talks have been taking place and it is very close, but it is a process. When he first joined, it took several weeks to get the contract sorted, even though an agreement was in place, and it was the same last season as well. It's not a concern, but it does take a little bit of time."

"You can get a big black marker and cross those names out [Ibrahimovic and Cavani] - they won't be coming to Leeds United. They don't fit the profile, they're not what Leeds are about.

"There has been a little bit of talk about them and you can add to that list Danny Rose and Fabian Delph, they won't be coming back either.

"Leeds have identified their targets and those targets are changing all the time because the market moves quickly. But they won't be breaking the bank to sign players for hundreds of thousands of pounds a week, it quite simply won't happen. It will be a measured approach and Leeds will get the right players in at the right price."

"They're going to try [and sign him], they've already tried very hard. He's the one they want, he was outstanding last season and he shone in a Leeds team that did incredibly well.

"But there are other teams interested as well - Liverpool have been linked with him and he's a Rolls Royce of a footballer. The talk at Leeds is if they get him and he plays every week in the Premier League next season, then he will be in Gareth Southgate's England squad for the Euros - that's how highly rated he is. Southgate has already picked him out as one to watch along with Kalvin Phillips, so he's an outstanding player.

"He could probably slot into any squad in the Premier League, but at Leeds he'll be guaranteed to play every week. Bielsa knows how to get the best out of him and he fixed the system at Leeds.

"An interesting point regarding White - I'll rewind 12 months when Pontus Jansson left Leeds and I'd been told that White is the player Leeds want to replace him. There was a lot of talk of 'who is Ben White?', no one had heard of him at the time. But Bielsa was adamant that he was the player he wanted and that is one hell of a judgement call to get him in. He has been absolutely phenomenal.

"So they've had a couple of bids and we're expecting another bid to come in. The player loved his times at Leeds, but I think he's opened minded because he knows that potentially, there may be other offers.

"From a Brighton perspective, if bids are coming in, it's a win-win situation for them as well, so it's one to watch, but he's definitely top of the list as far as Leeds are concerned and he's the one player really that they would like to see slotting into the jigsaw this summer."

Bringing in a striker is a massive priority 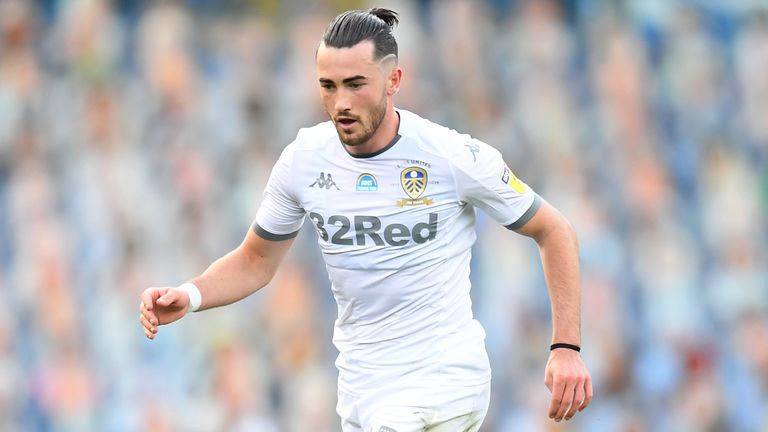 "They've already been active, the goalkeeper [Illan] Meslier has joined, Jack Harrison has joined for another year on loan and Helder Costa - that deal has been converted as well.

"So three players who were a big part of last season will be around next season as well.

"But they are looking in other areas as well, certainly a striker. Talks have been taking place and Andrea Radrizzani and Victor Orta have been abroad talking to different players over the last few weeks.

"I think we'll see them add a winger as well and a playmaker type. Certainly in the attacking areas, he likes a winger does Bielsa, and maybe someone who can give him another option apart from Pablo Hernandez, because I'm not sure he'll be able to play every game in the Premier League.

"But certainly a striker is a massive priority for them in addition to getting the White deal done."