Coronavirus: La Liga players can train individually from May 4 but no date for Spanish football return

Professional sportspeople in Spain have been given the go-ahead to return to training from May 4 as part of the country's plan to get out of lockdown.

The allowance of individual training sessions is part of Phase 0 - the Preparatory Phase - of the schedule announced on Tuesday by the country's president Pedro Sanchez.

Spain has been one of the nations hardest hit by coronavirus deaths and the news of a possible return to sporting action came on the same day any such return was ruled out completely by neighbours France, where there will be no football played until September at the earliest.

Training sessions at club centres will be allowed in Phase 1, which gets underway on May 11, although there will remain added measures in place to avoid a second peak of the virus.

La Liga has already sent clubs a detailed set of protocols to follow once training is allowed, including a preparation phase followed by individual practices, smaller group sessions and finally full squad sessions.

Before Sanchez's evening announcement, La Liga president Javier Tebas had thrown his support behind a controlled return to action.

Tebas said in a statement: "I do not understand why there would more danger in playing football behind closed doors, with all precautionary measures, than working on an assembly line, being on a fishing boat on the high seas.

"If important economic sectors cannot restart, in a safe and controlled manner, they could end up disappearing. That could happen to professional football.

"In other countries teams are already training, that's the example to follow.

"In Spain, football is an important economic driver that we need to reactivate like many others. We continue to focus on this reactivation, in a responsible manner and adhering to health recommendations, as soon as possible." 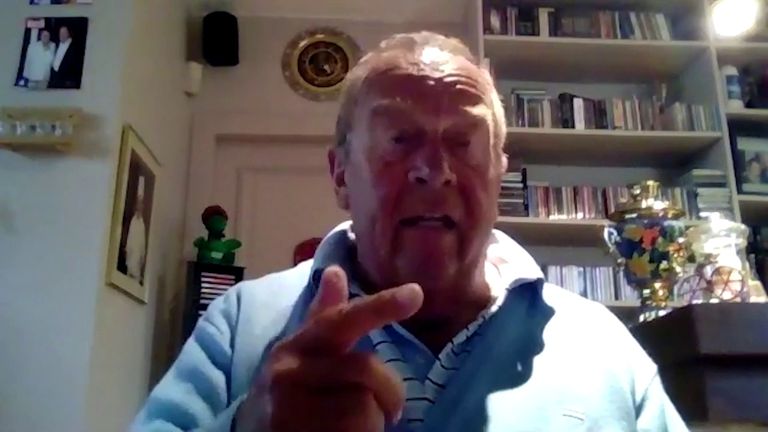 FIFA Medical Committee chairman Michel D'Hooghe believes football should not return until September 1 at the earliest.

The Bundesliga in Germany could be back in early May while 'Project Restart' is hoped could see Premier League games resume behind closed doors in June.

But speaking to Sky Sports News, D'Hooge said: "Football can only be possible if contact is possible again. Football remains a contact sport and avoiding contact is one of the first things everyone says is that you should avoid contact."