Deadline Day Two: The players who could still move to the Premier League from the EFL

Premier League clubs can continue to buy, sell and loan players with Championship, League One and League Two sides until 5pm today. Joe Rodon, Ismaila Sarr and Said Benrahma among players linked with transfers to the top flight

Deadline Day 2 is here - and Premier League clubs can still sign players from the EFL. Who could yet make a move before the domestic window closes?

The extended opportunity for transfers, allowing Premier League clubs to buy, sell and loan players with clubs from the Championship, League One and League Two, offers top-flight clubs the chance to boost their squads.

Here, we pick out the players who could beat that second deadline to move to the Premier League...

Earlier this summer, Sky Sports EFL pundits Danny Higginbotham and Andy Hinchcliffe assessed Rodon's attributes as part of the Future Star series and explained why he is such a special talent. "You look at Rio Ferdinand and John Terry and there are elements of both in Rodon's game," said Hinchcliffe. 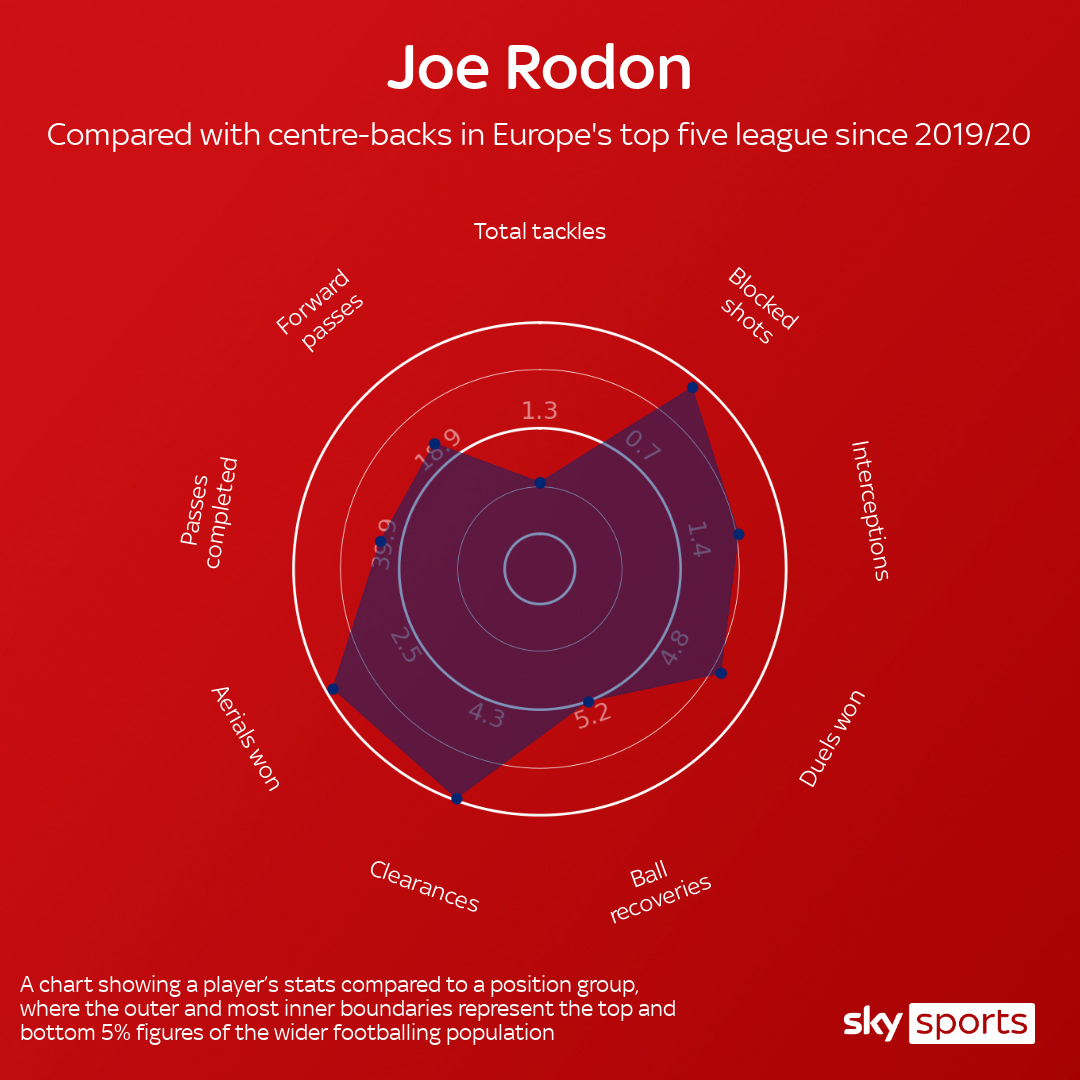 Manchester United have been linked with a move for 22-year-old winger Ismaila Sarr at Watford - and after failing to land Jadon Sancho or Ousmane Dembele on Deadline Day, the Old Trafford club have the opportunity to add another forward to their attack before the October 16 deadline.

Sarr scored five goals and recorded four assists in the Premier League last season after joining from Rennes, famously hitting the net twice to help Watford to a 3-0 win over United's arch rivals Liverpool in February, ending the Reds' unbeaten streak and denying them the outright record of consecutive Premier League victories. 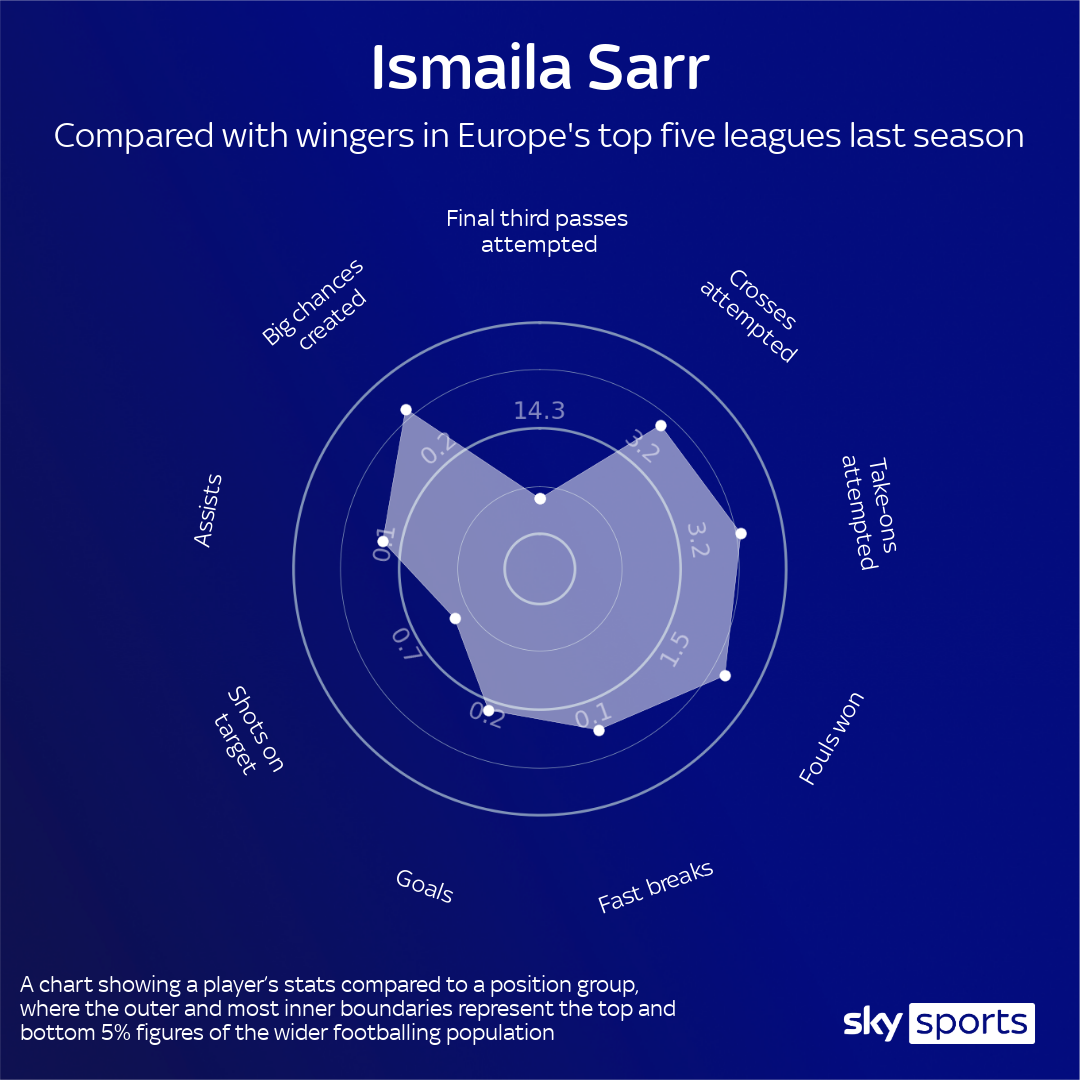 Brentford's brilliant Algeria forward Said Benrahma has been on the radar of a number of Premier League clubs after scoring 17 times in the Championship last season. His two goals in Brentford's 3-0 Carabao Cup win over Fulham underlined his ability and, speaking after that game, his boss Thomas Frank conceded a transfer could be on the cards.

"Am I confident he will stay? I'm confident that I would love him to stay, and I would love to have him," said Frank. "But I don't know. Honestly, if the price is right we are open to selling, but if not we will be happy for him to stay.

West Ham have agreed personal terms with Benrahma over his proposed £30m transfer, with the 25-year-old having undergone a medical and agreed a five-year deal with the club.

And the Hammers are increasingly hopeful the player can complete his move ahead of Friday's domestic transfer deadline.

From starting for England to Tottenham exile in less than a year, Danny Rose may drop out of the Premier League by the end of Deadline Day Two if rumours are to be believed.

Having spent the second half of last season at Newcastle, Rose has now been linked with another move up the M1 to join Championship side Middlesbrough on another loan, after being left out of every Tottenham squad in each competition so far this season.

Premier League clubs must submit their 25-man squad lists no later than October 20 - four days after the end of the domestic transfer window - and Arsenal are actively seeking a loan move for William Saliba.

Saint Etienne confirmed on Tuesday they reached an agreement with their former player and Arsenal over a season-long loan on Deadline Day. However, due to time constraints the French club failed to get the deal completed in time.

A Saint Etienne statement read: "Unfortunately, all the administrative conditions could not be met in time, in England, for the finalisation of the transfer. The disappointment is great for ASSE and William Saliba, who was particularly determined to return to the club where he had flourished."

But Arsenal could in the long-term benefit from Saliba gaining invaluable experience of English football playing in the second tier.

Arsenal feel the player has lost seven months of development as a result of Ligue 1 being curtailed last March and the defender now requires a year of playing regular football.

According to the Press Association, the Gunners are looking into the possibility of loaning Saliba to a Championship side in the coming days.

Bournemouth forward Josh King appeared close to a return to Manchester United in January. That move didn't materialise and neither did his links with Tottenham, after Spurs turned to Carlos Vinicius to provide cover for Harry Kane. But King has reportedly not given up on his ambition to get back to top-flight football.

The Norwegian has played just once for Bournemouth on their return to the Championship this season but has 48 goals in 161 Premier League appearances and could attract attention before October 16.

West Ham are now interested - but Bournemouth want around £18m for their man.

Another Bournemouth player who has plenty of admirers.

Reports this summer have claimed Manchester United, Liverpool, Leicester, Tottenham and Everton are all keen on the Wales international, who missed a large proportion of last season with an ankle injury.

Chris Wilder also remains a huge fan of the player Sheffield United were forced to sell to the Cherries while they were still in the Championship, though the Blades boss has spent big on Rhian Brewster.

Could a loan move boost his transfer value? Bournemouth's board have made it clear they want to keep the 23-year-old but interest remains.

Norwich's talented young forward Todd Cantwell has been left out of the team's last two squads, fuelling links with a transfer back to the Premier League - and Leeds director of football Victor Orta admitted to the Yorkshire Evening Post this week the club are interested in bringing him to Elland Road.

The 22-year-old scored six goals and recorded two assists in the top flight last season but the England U21 international is expected to remain at the Championship club beyond Friday's domestic transfer deadline.

Harry Wilson was a Burnley target ahead of the first Deadline Day, but the Clarets' interest cooled in the Liverpool winger after they failed to agree a deal at the start of October.

Despite spending last season at Premier League Bournemouth on loan, and impressing, Wilson is now reportedly a target for a number of Championship clubs on another loan move, including Steve Cooper's Swansea, who had a loan bid for the player rejected by Liverpool.

Derby, where Wilson spent 2018/19, and Nottingham Forest are also said to be interested in bringing him in for the season.

One player who looks set to utilise the extra time given for players to move from the Premier League to the Championship is Charlie Austin. The West Brom striker scored 10 times last season to help the Baggies back to the top flight, but now seems on course for a switch to Derby County.

The 31-year-old has slipped down the pecking order at The Hawthorns and is eager to continue playing regularly.