"Everyone knows my love for this club and the history we have shared," says Lampard; news conference at 2pm - watch on Sky Sports News

Frank Lampard has been appointed as the new head coach at Chelsea on a three-year contract, sealing a return to Stamford Bridge for the club's record goalscorer.

Derby granted Chelsea permission to speak to Lampard last week and the 41-year-old - who will meet the media at a 2pm news conference - has now completed a move back to his former club as the permanent successor to Maurizio Sarri.

Chelsea are expected to pay Derby £4m in compensation for Lampard, who was excused from reporting for pre-season training with the Championship club on Monday. 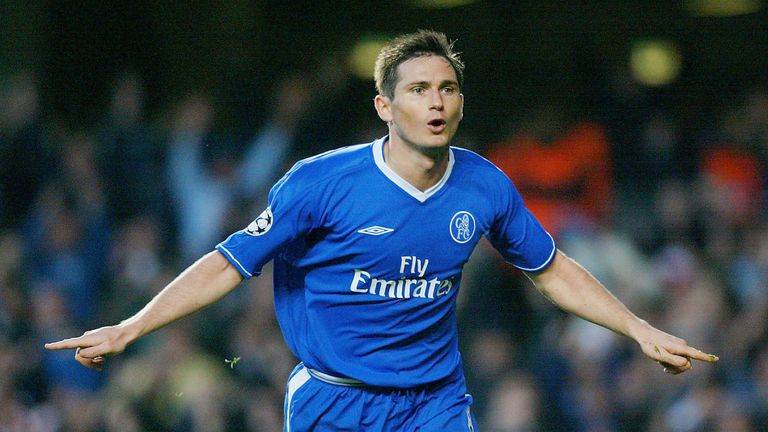 Frank Lampard had an incredible career in the Premier League - here are five stats you may not know about the former Chelsea midfielder.

After sealing his return to Stamford Bridge, Lampard told Chelsea's website: "I am immensely proud to be returning to Chelsea as head coach.

"Everyone knows my love for this club and the history we have shared, however my sole focus is on the job in hand and preparing for the season ahead. I am here to work hard, bring further success to the club and I cannot wait to get started."

Lampard, who scored 211 goals in 648 games as a player at Chelsea, will be joined at Stamford Bridge by his assistant Jody Morris and first-team coach Chris Jones.

'One of most talented young coaches in game'

After appointing Lampard, Chelsea director Marina Granovskaia told the club's website: "It gives us great pleasure to welcome Frank back to Chelsea as head coach.

"Frank possesses fantastic knowledge and understanding of the club and last season he demonstrated he is one of the most talented young coaches in the game.

"After 13 years with us as a player, where he became a club legend and our record goalscorer, we believe this is the perfect time for him to return and are delighted he has done so. "We will do everything we can to ensure he has all the support required to be a huge success."

Lampard returns to Chelsea after just one season in management, during which he led Derby to the Championship play-off final.

Derby chairman Mel Morris - who is expected to appoint Phillip Cocu as Lampard's successor - told the Rams' website: "Frank, along with Jody and Chris, leave with our best wishes and I sincerely hope they have success at Chelsea.

"I thoroughly enjoyed working with Frank and while we would have loved his time at Derby to continue, to build on the positives we saw last season, the opportunity for him to return to Chelsea as their head coach was huge."

Lampard also reflected on his year at Derby, telling their website: "I would like to say a special thank you to Mel Morris, the players, staff and everyone who is associated with Derby. It has been a fantastic experience for me, and I feel privileged to have managed such a prestigious club.

"Most of all, I want to thank the fans who supported me and the team from the day I arrived in the city. I wish everyone the best of luck going forward."

Lampard's predecessor Maurizio Sarri led Chelsea to third place in the Premier League and won the Europa League before departing for Juventus after just one season in London.

However, Lampard will have to contend with the two-window registration ban handed to the club by FIFA after they were found guilty of breaching rules regarding the signing of U18 players. Chelsea have appealed to the Court of Arbitration for Sport. 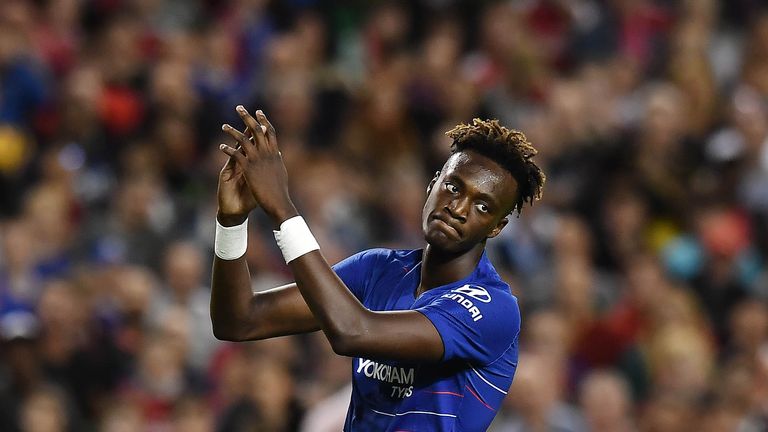 Before the news was confirmed, Tammy Abraham spoke of his hope that Frank Lampard would take the Chelsea hotseat

Lampard will be able to call on Christian Pulisic, who signed from Borussia Dortmund in January but spent the second half of last season on loan in Germany, and Mateo Kovacic, who made his loan deal permanent this week.

However, Chelsea will not be able to sign any more players until next summer - pending the outcome of their appeal - meaning Lampard may have to rely on some of the many players who spent the previous season out on loan.

Two of those who could come into Lampard's plans are Mason Mount and Fikayo Tomori, who impressed at Derby under his management last season.

Sky Sports' Jamie Redknapp praised Chelsea's decision to call upon a club legend but, amid a transfer ban, urged patience from club chiefs.

"It's a great move, not just for Frank but for Chelsea too. It's astute, you need someone who can stabilise the club somewhat when you've lost your best player and under a transfer embargo. 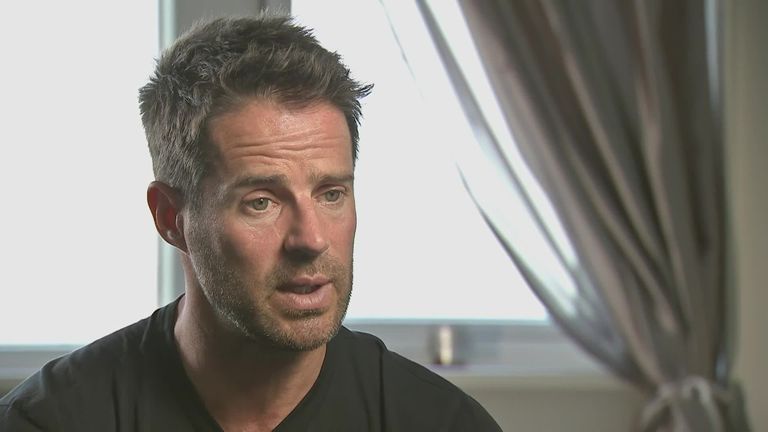 "They've got one of their own, the fans adore him. He'll need time, there'll be a lot of changes; you can't bring any personnel in to replace a big-name star like Eden Hazard. He'll need to be given time, but he will - because he's Frank Lampard.

"The expectation will be to finish in the top four, but they've got to be realistic. I think there'll be moments in the season where it'll be a struggle, because of the Hazard effect. It doesn't matter what manager you have - Pep Guardiola, Jose Mourinho, anyone - they are going to struggle without that quality of player. But if they were to finish in the top four, that would be an amazing season considering the embargo and everything else." Frank Lampard has been named Chelsea boss, but how long will he get to prove himself? The Good Morning Transfers panel discuss...

'Roman Abramovich has never been one for sentimentality. His Chelsea reign is best defined as a ruthless pursuit of success. In 16 years, there have been 14 managerial changes. The short-term approach has yielded 16 major trophies, so it is no great surprise that Maurizio Sarri was allowed to depart despite his Europa League final win over Arsenal. Business as usual.

'At the same time, though, it is impossible not to see sentimentality in the decision to appoint Frank Lampard as his successor. The former midfielder showed managerial promise at Derby, reaching the Championship play-off final in his first season in charge, but it is his storied history with Chelsea that has driven his return.'

Analysis: Which players could profit?

A transfer ban will mean Lampard must maximise the resources already at his disposal - and that could mean opportunities for some of Chelsea's talented youngsters.

From Mount to Callum Hudson-Odoi, we take a closer look at the players who could benefit most from his arrival.