What makes Chris Wilder special? Adam Bate speaks to players who have worked with the Sheffield United boss at each of his previous clubs to chart his journey from Sunday league to Premier League

If anyone was labouring under the misapprehension that Chris Wilder and his Sheffield United team are just happy to be in the Premier League, the manager has done plenty to dispel that notion in the opening months of the campaign. It is not just the victories over Crystal Palace and Everton that have done that but the reaction to the defeats too.

It was reported that during half-time of the home loss against Leicester in August, Sheffield United's first of the season, Wilder tore into his team in the dressing room. What did not make the newspapers is that he also tore off his own top in the process. It is a tale that hints at the old-school motivational techniques of a man who has had to fight his way to the top.

Those who know Wilder best would not be surprised.

"When he goes he goes," his old pal John Beresford tells Sky Sports. "He just does not stand for any nonsense. I was chuckling when I heard that rant of his when he was asked about his players working hard. I have heard that one before. That's your remit. It's non-negotiable. He expects you to give everything. He is looking for the quality that goes with it."

He just does not stand for any nonsense.

Beresford, the former Newcastle United left-back in Kevin Keegan's famous team of entertainers, knows Wilder's managerial methods better than most. He was there at the very start of the journey. A fellow Sheffield lad, their paths diverged as youngsters before becoming drinking buddies again in their retirement. Not that Beresford's lasted very long.

Wilder was making his first forays into coaching at the time with Bradway, a Sunday league team in the Steel City. He has since confessed to picking the team in the nightclub on the Saturday night before the game and in Beresford's case that was where he did his recruitment too. Wilder was soon attempting to coax his old friend into making a return.

But what was the reply?

"I thought he was joking but he told me I would love it," says Beresford.

"I turned up the following week and it was fantastic. He got a decent team together. There were a couple of weeks where I was a bit of a diva. I would turn up for these away games and say: 'I can't play on that, my knees won't take it'. But our pitches were really good, to be fair. Most of the lads were Blades fans and we even played in the Sheffield United kit."

Beresford went on to follow Wilder to Alfreton and then Halifax Town as his coaching career really began to progress. Even back then, there were signs of the success that was to come.

"From the very start, you could see that Chris was destined to become a top manager," he adds. "He had no money so he kept things quite simple but he always knew how to deal with players. The man-management side of it was second to none with him. He knew when players needed a cuddle and he knew when they needed a rollicking. 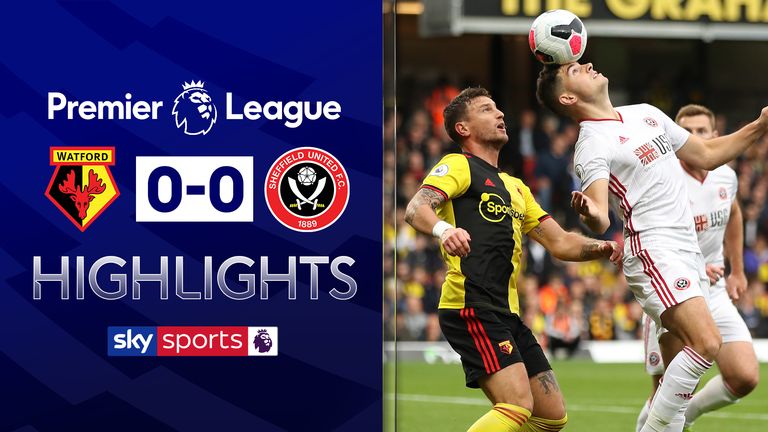 FREE TO WATCH: Highlights from Sheffield United's draw at Watford last time out

"The big thing about him is that camaraderie between the players. I was lucky enough to play under Kevin Keegan and he was a brilliant man-manager. I think Chris is similar. If there is a difference between the two it's the experience that Chris has now got to fall back on. Kevin didn't have that when it started to go wrong for him and he could not adapt.

"I think that's what has made Chris. The experience of doing it down there has helped him. He has learned from that. It doesn't matter what level it is, it's about learning how to make a difference from the touchline - isolating the weakest player, getting your best player on the ball in space. He has done it at every level and he just adapts no matter what."

The need to adapt became more pressing at Oxford United in 2010 when Wilder won promotion to the Football League for the first time. It was here that he demonstrated the nuance that accompanies his no-nonsense approach. He surrounded himself with quality coaches and was not afraid to take a more collegiate approach, seeking the advice of others.

Michael Duberry was at the tail end of his career when he signed for Oxford the following summer. The former Chelsea and Leeds centre-back, a man with more than a decade of Premier League experience working under coaches such as Glenn Hoddle, Ruud Gullit, Gianluca Vialli and Terry Venables, was nevertheless impressed by Wilder's approach.

There were no attempts to convert him into an overlapping centre-back - "if he had got hold of me 15 years earlier he might have tried it!" - but there was an openness to his style.

"He knew the old school in terms of the hairdryer and the discipline side of it but he was entering the new school as well because he knew what modern players are like and how you can lose them if you are just one way all the time," Duberry tells Sky Sports.

It was not all about doing it his way. He listened.

"He could be ruthless and he wasn't afraid to make decisions but he wanted his senior players to be his eyes and ears on the pitch. It was not all about doing it his way. He listened and when he needed to have a joke he would have a joke. We had team meetings and everyone was always encouraged to speak. I think he understood what team meant.

"He surrounded himself with people who would test him. Andy Melville, his assistant, was not a yes man, he was a Wales international who challenged him. So he had good coaching staff and the sessions really impressed me. He was very meticulous, very thorough, and ambitious. He was a young coach on his journey to get to where he wanted to be."

Despite a trio of top-half finishes at Oxford, promotion to the third tier never came. But there were enough signs that Wilder was capable of playing a brand of football that would prove effective at a higher level.

"Can you always play from the back in League Two? Not really," adds Duberry. "But he had a way of playing. He didn't just want to boot it. He wanted to play. He could adjust. He could coach. A lot of managers can just manage but he could coach as well. He had a good football brain."

The decision to leave Oxford for Northampton in January 2014 was a controversial one. Wilder was departing a team in the top six for one at the foot of the table and in danger of dropping out of the Football League for the first time in 94 years. That crisis was averted but even in October 2015, players and staff were not being paid as financial troubles continued.

Nevertheless, Wilder won the title that season with 99 points. It was an extraordinary achievement, as midfielder Joel Byrom recalls. "It was an unbelievable time for me," Byrom tells Sky Sports. "From the turmoil with not getting paid to almost breaking a points record. He brought the whole club together in a time of need. Chris was big on that."

The innovation for which Wilder is now noted at Sheffield United really became apparent at Northampton and the influence of his assistant Alan Knill can hardly be overstated. Wilder's natural man-management qualities were fused with fresh ideas on the training ground and this undoubtedly accelerated his progress. The partnership just worked.

Byrom found himself being asked to drop back from midfield into the full-back positions. Not just to cover for the advancing defenders but in order to receive the ball in more space.

"That was something that was new to me," Byrom explains. "I don't really see anyone doing it in League Two at the moment. There are a few in the Premier League who do it. You see James Milner do it a lot. Gini Wijnaldum does it. Dropping in just gives you more space.

"Some of the set-pieces we do at Stevenage now are because of Chris and Alan too. They are little things I have brought with me here and the manager has taken them on board. I have done it everywhere I have been since. They are just little bits of knowledge. I still see Sheffield United doing those same things now and they are still catching teams out.

"I now look at my career in two parts. Before Northampton and after Northampton. My whole game changed completely. I learned so much. When I was younger I did a lot of unnecessary running. After I played for him, I just knew where to stand, taking up better positions as a midfielder in order to get more ball. I learned my position under him.

"It was Alan who took a lot of the sessions on structure. He was the one working on the shape and doing the coaching side of things. They had obviously spoken about it beforehand and Chris would jump in when he needed to but he was just very good with the lads. He was the one man-managing. The one who would oversee things. They work really well together."

So it has proved at Sheffield United too where the pair have added another two promotions. Tactically, the Blades have been posing some interesting questions for the opposition. "A lot has been said about the overlapping centre-backs but he isn't asking players to do something they can't do," says Beresford. "Chris Basham can do it so he encourages him to do it.

As for the man-management principles, they remain too. "There is a lot of talk in interviews about the team spirit there and it was the same for us at Northampton," adds Byrom.

"When the time is right he would pull the captain over and tell him to take us for a drink or to go go-karting. Just get away from the training ground for a few days. Because of that, I have still got a WhatsApp group now with most of those lads. We still go out together."

Forging bonds. Creating a culture. These are elements of team success that are fundamental at any level and Wilder has been doing it throughout his managerial career. It all resonates with Beresford, the man who has followed his old friend's journey from the start. The only question that remains is where and when that journey will come to an end.

"People said they were favourites to go down but I didn't see that at all," says Beresford. "I think they will surprise a lot of teams this season. They have a coach who is always thinking about how he will handle different situations. He has served a long apprenticeship. The only problem Sheffield United are going to have in the future is keeping hold of him.

"It just goes to show what you can do if you get the chance because what he has done has been nothing short of phenomenal."

But not necessarily a surprise.

How to watch Sheffield United vs Arsenal