Raul Jimenez: Wolves striker says doctors told him it was a 'miracle' he survived a skull fracture last year

Raul Jimenez made his first competitive appearance on Saturday since suffering a skull fracture last year; Wolves striker and David Luiz accidentally clashed heads in November 2020; Jimenez had emergency surgery and says doctors told him he is lucky to be alive 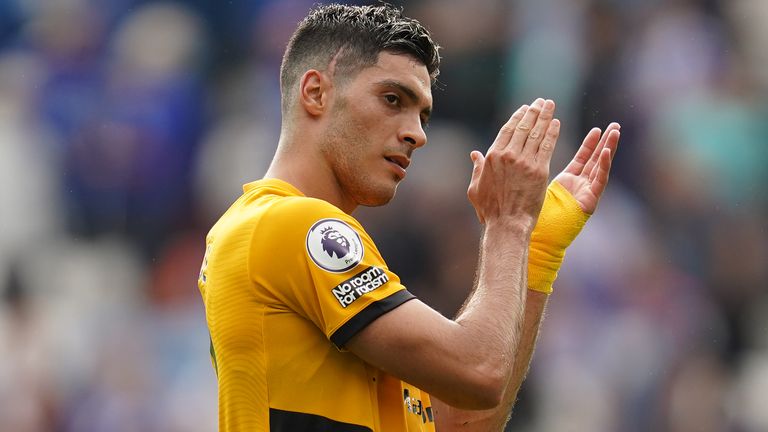 Raul Jimenez says doctors told him it was a "miracle" he survived a skull fracture last year, but the Wolves striker was always confident he would recover and play football again.

Jimenez made his first competitive appearance on Saturday since sustaining the injury at Arsenal in November 2020 following an accidental clash of heads with David Luiz.

The Mexico international received oxygen on the pitch before being carried off on a stretcher and taken to hospital, where he had emergency surgery for a major traumatic brain injury (TBI) and skull fracture.

Almost nine months later, the 30-year-old played the full 90 minutes of Wolves' Premier League season opener against Leicester. Addressing reporters on Tuesday, he spoke at length about the "shocking" incident and his road to recovery.

"Since the first moment, the surgeons and doctors told me what happened and the risks," Jimenez said. "Sometimes it's not what you want to hear but it's their job. They told me it was a miracle to be here.

"The bone had broken and there was a little bit of bleeding inside my brain. That's why the surgery had to be quick and it was a really good job from the doctors.

"Since the beginning, they were really supportive with me. The skull fracture took a little bit longer than we all expected to heal and it really is a miracle for me to be here with you."

'I was confident I would play again'

Jimenez returned to full pre-season training under new Wolves boss Bruno Lage in July and scored his first goal since the injury in a 1-1 friendly draw with Stoke.

He now wears specially-designed headgear for heading, full-contact training and matches. He will continue to do so for the rest of his career and says it never crossed his mind to stop playing football altogether.

"I always thought it was maybe like an ankle injury or a knee injury, and after my recovery I'll be back to do what I love to do," he said.

"I never thought about finishing my career or stopping playing. There was a chance of that, but I was always confident I was going to return." The last Premier League player to sustain a similar injury was Everton defender Michael Keane, who had a hairline skull fracture in August 2018.

Before that, Ryan Mason fractured his skull in a clash of heads while playing for Hull at Chelsea in January 2017. He returned to training later that year but did not play another competitive match and was forced to retire in February 2018. 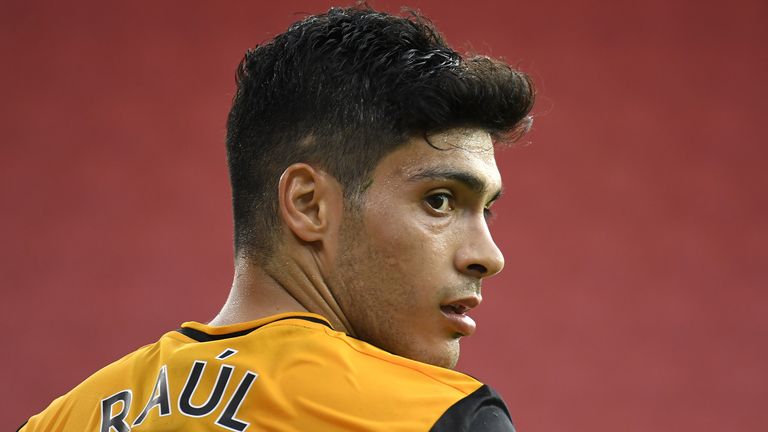 In 2006, goalkeeper Petr Cech sustained a depressed fracture of the skull when he slid in at the feet of an opponent while playing for Chelsea. He required emergency brain surgery and wore headgear in matches until he retired in 2019.

Jimenez, who admits he struggled mentally at times during his recovery but is grateful for the support network around him - including his Wolves team-mates and staff - revealed Cech has been in touch. 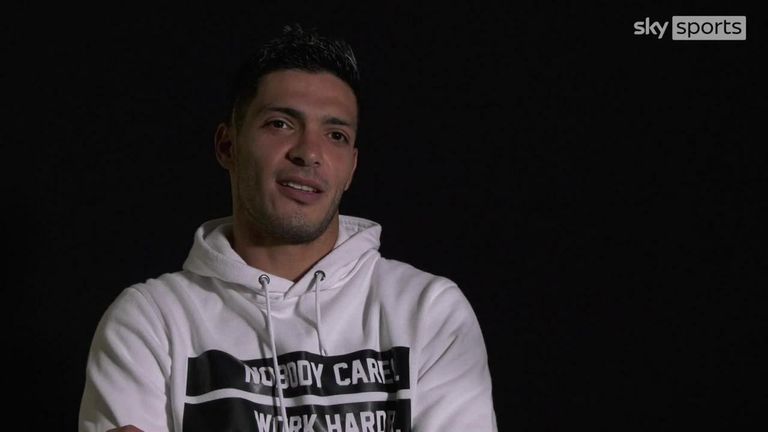 "I have been in contact with Petr," Jimenez said. "He texted me when I needed, when I wanted he was there.

"Once, when the team went to a game in London, he went to the hotel with the doctor to bring one of his helmets to see if we could do something similar. Even if they don't know you, they are there to help."

Jimenez says the headgear he wears has been modified since the first time he wore it during pre-season. Despite its comfort, he would rather play without it.

"But the doctors told me that it's protection, to prevent something that in this moment could be more dangerous for me.

"I feel good to do it without the headgear, but I know I have to be in line with the doctors, the surgeons. They say it is best for me to use it."

During his return to Premier League action at the King Power Stadium on Saturday, Jimenez revealed he was congratulated on his recovery by a number of Leicester players including James Maddison and Caglar Soyuncu.

This weekend, Wolves' star striker will play at home in front of a full crowd as former boss Nuno Espirito Santo brings his Tottenham side to Molineux.

Jimenez is looking ahead to a bright future, something that seemed so uncertain last November.

"I feel really good," he said. "I feel I'm a player again now after almost nine months of being out.

"Now I'm training with the team and I have been the whole of pre-season, I think it was the right moment to come back and start the season again.

"I'm waiting for the moment when the fans call my name. Before the injury I think I was playing good, the team was playing really good and doing good things on the pitch.

"We are like a family so it's a target to get the team back where it deserves."