In part 16 of the series, Sky Sports' Voice of Football takes us on a virtual visit to Southampton's St Mary's and reflects on the days when he could travel on the FA Cup final bus.

Keep an eye out for some special Tyler's Teasers. Today's question is all about players with an alphabetical quirk in their names like Jason Dodd. 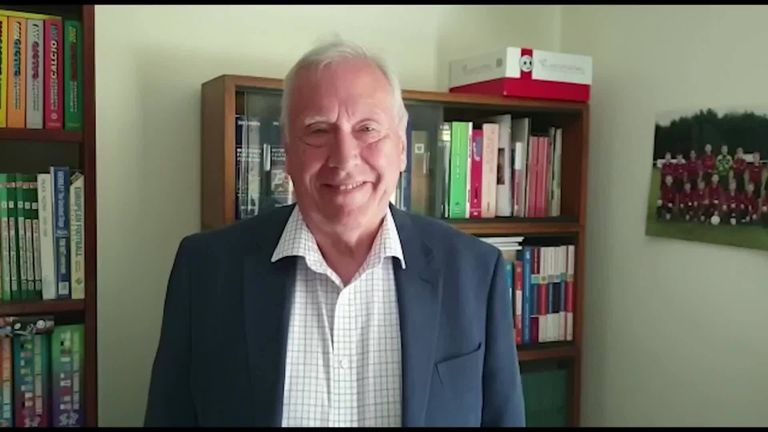 Take a look at Martin Tyler's Southampton teaser on players with only two letters in their surname. Scroll down for the answer.

St Mary's: How I get there

I am spoiled for choice in routes from my home to St Mary's. Like Brighton, it is quicker to reach than some London grounds on the other side of the capital from me. The old ground, The Dell, will always hold a place in my heart. I did my very first television commentary there, but I have plenty of memories of the new stadium now.

It is like a red version of Leicester City's blue. The structure must have come from the same builders' kit!

The same access too - a walk round the track, a climb up past the fans to the back of the stand and plenty of room to settle down and watch the Saints.

Southampton switched grounds in 2001 and moved much closer to St Mary's Church where the club had its original roots. Before being called simply Southampton from 1897, the club was known as St Mary's Young Mens' Association and Southampton St Mary's - hence the long-time nickname, the Saints.

My most notable memory of St Mary's

Southampton's finest day was in 1976 when they won the FA Cup as a Second Division side against mighty Manchester United. I was very privileged to be allowed on the Saints team bus, providing live interviews with the players as they travelled along the road to Wembley.

The "Camera on The Coach" exclusive was an ITV trump card in the annual battle for viewers against the BBC on Cup Final day. Lawrie McMenemy, the club's driving force, had given me the thumbs up because I had covered a few Southampton games in my very early days as a commentator.

A year earlier I had been in the same fortunate position with Fulham and I was also to travel with Liverpool, Manchester United and Tottenham in the same capacity. Some players were camera-shy and plainly nervous about the match ahead, but for others like star striker Mick Channon it was just another day at the office.

His attitude was that they were the underdogs, so there was no pressure and that is the way it panned out. Southampton secured an historic win with a goal from Bobby Stokes.

On the following afternoon, ITV put to air a highlights programme called "How The Cup Was Won". The trouble was that it was recorded in the morning. I was dispatched to the Saints' hotel to round up the still-celebrating Mick and Bobby and bring them to the studio. Bless them, they came, if somewhat sleepily, medals in hand.

Our Soccer Saturday legend Phil Thompson will remember I had to drag him out of bed for the same reason after Liverpool's FA Cup win in 1974.

I would have to plump for the England vs Kosovo game last year as the most remarkable match I have broadcast from St Mary's.

England conceded after 34 seconds, the quickest they had gone behind since that notorious San Marino goal in 1993, but then scored five in a runaway first half, including a bizarre own goal. Kosovo proceeded to "win" the second half 2-0 during which Harry Kane failed with an England penalty. It was knockabout stuff really, a romp of an international which ended 5-3.

Judging by the smiles I saw as I sat in the car park after the action, the Kosovan supporters enjoyed it even more than the England fans!

It has a lovely symmetry to it. The stands are all of an equal height. The sightlines are excellent.

On December 28th 2014, 40 years to the day after I made my television debut at The Dell, Sky Sports allowed me to commentate on Southampton v Chelsea and take my two children up on to the gantry at St Mary's.

After the game I introduced them to Lawrie McMenemy, the Saints manager for my first game, and of course the FA Cup-winning manager in 1976. A special connection. 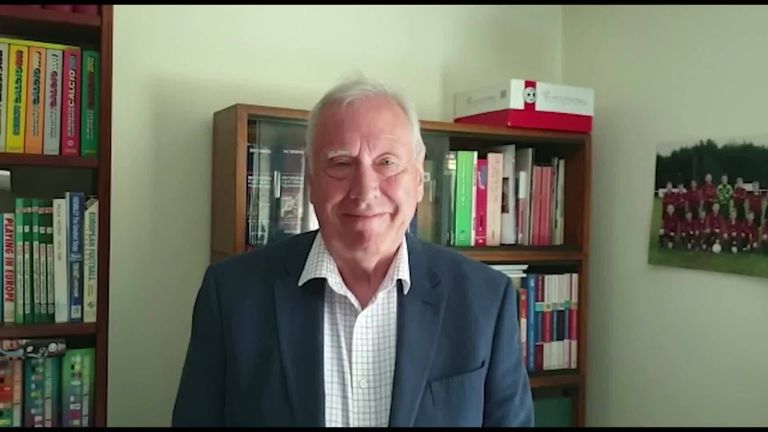 On Tuesday: Martin brings us his guide to Tottenham's new stadium