Newly-appointed Aberdeen team captain Scott Brown is hopeful his experience of winning trophies at Celtic will translate into further success at Pittodrie; the 36-year-old player-coach also promised not to change his combative playing style 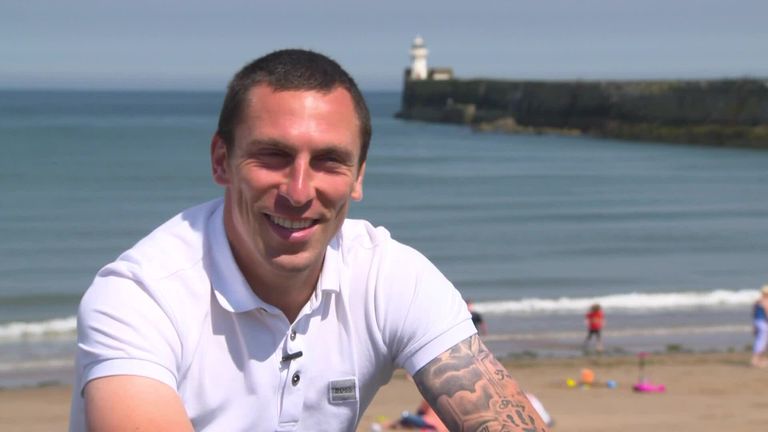 Scott Brown reveals why he joined Aberdeen, discusses what he wants to achieve at Pittodrie and how he will feel taking on former club Celtic

Scott Brown hopes his experience of winning trophies can help his new club Aberdeen as they target silverware of their own.

The newly-named Aberdeen team captain joined the Dons this summer after 14 successful years at Celtic, and will work under a familiar face in new boss Stephen Glass.

The 36-year-old, who will combine his playing duties with coaching responsibilities, revealed tough battles with Aberdeen down the years convinced him it was the perfect place to continue his career.

"They pushed us all the way, they gave us [Celtic] a great challenge," Brown told Sky Sports News.

"That was what pushed me towards Aberdeen and knowing Stephen (Glass) as well, that helped.

"They have had ambition, they have been to semi-finals and finals in the past and I want to try and help them, hopefully push them over and hopefully we can get some medals to this club."

Brown is excited for his new challenge at Pittodrie but is insistent a change in scenery will not result in him toning down his combative style of play.

"I might not be everybody's cup of tea, I gather that," Brown said.

"I wasn't everybody's cup of tea at Celtic or Hibs either and I have not really changed as a player over the last 14 years.

"I have always got that drive, I like to do the ugly part of the game as well, I like to stick my foot in, I like to wind opponents up. It's part and parcel of who I have been over the last 20 years of my career. 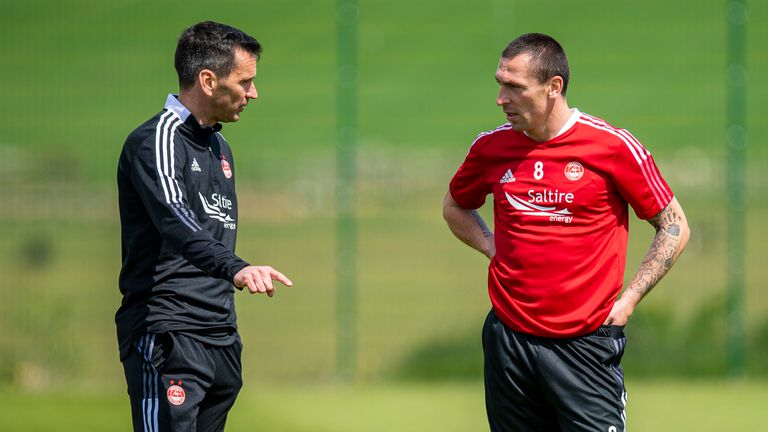 With under two weeks until Aberdeen's Scottish Premiership opener against Dundee United, Glass has been busy shaping his squad ahead of the new campaign.

However, he insists his appointment of Brown as team captain - a move that saw Joe Lewis become club captain - was an amicable decision, and praised the qualities and attitude of both players.

Brown is set to captain the Dons in competitive action for the first time when they face BK Hacken in their Europa Conference League second qualifying round first leg at Pittodrie on Thursday. 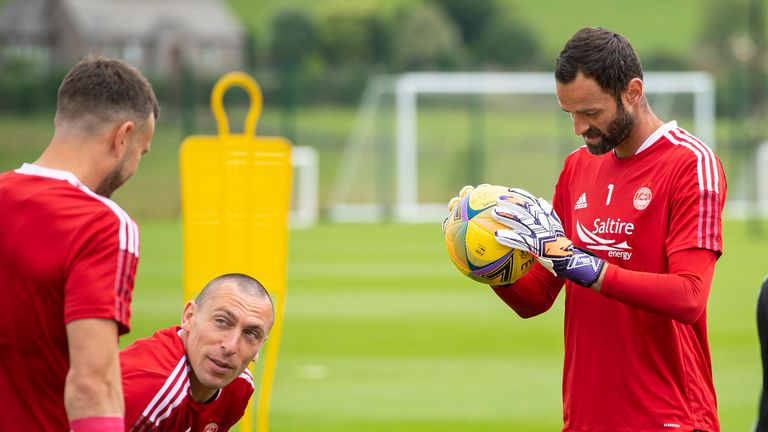 "In terms of bringing a winning mentality, a winning group - a group of players that know what it takes - but also players that are willing to be real professionals and help the first team and help the kids. It is important you have the right characters to do that," Glass told Sky Sports News.

"Joe (Lewis) knows what it is to lead Aberdeen, Joe is an impressive character around the place and that is important that continues.

"In terms of an on-field leader, I don't think there is anyone better than Scott Brown and everybody understands that."