Kevin van Veen broke the deadlock for Motherwell from the penalty spot on 42 minutes after Scott Tanser's handball; Motherwell's caretaker Steven Hammell will have talks with Motherwell directors next week after cutting short his summer holidays to take charge against St Mirren 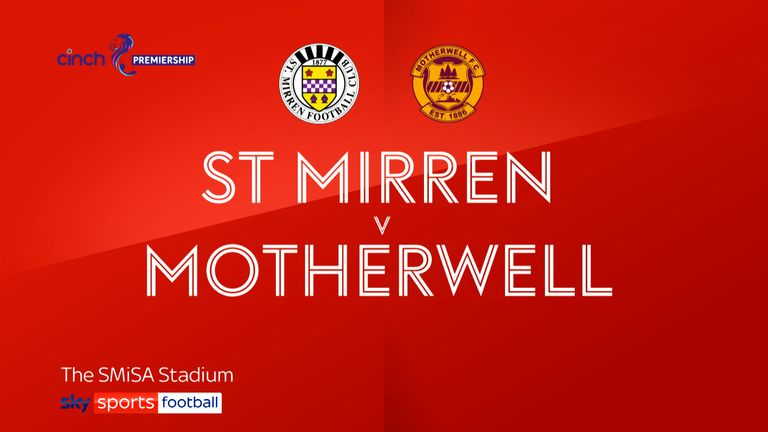 Highlights of the Scottish Premiership match between St Mirren and Motherwell.

Van Veen struck in the 42nd minute after Scott Tanser had been penalised for handball by referee John Beaton.

The visitors had Ricki Lamie sent off in the 82nd minute but held on for only their fourth league win of 2022, half of which have come against St Mirren.

The hosts were left to rue some poor finishing and the brilliance of Motherwell goalkeeper Liam Kelly, who pulled off two outstanding saves.

Hammell had less than 48 hours to prepare for the Paisley trip following the departure of Graham Alexander in the wake of Motherwell's 3-0 aggregate defeat by Sligo Rovers in the Europa Conference League.

Motherwell's academy director, who made a post-war record 583 appearances for the club, stuck with Alexander's preferred 4-3-3 formation but made three changes.

The suspended Callum Slattery dropped out, along with Bevis Mugabi and Ross Tierney, as Sondre Solholm, Sean Goss and Connor Shields came in.

The fixture list pitted Hammell against his former boss and Alexander's predecessor Stephen Robinson, who before the game dismissed reports that Motherwell had earmarked him for a Fir Park return as "nonsense".

The opening quarter was scrappy with the main incident being a clash of heads between Mark O'Hara and Paul McGinn. The latter had to go off, handing Stephen O'Donnell an unexpected return to action in the 19th minute.

The Scotland right-back's Fir Park career had looked over after falling out of favour under Alexander and he had not even featured in pre-season.

The game burst into life when Saints created a flurry of chances around the half-hour mark. Jonah Ayunga got in behind but struck well over with his left foot.

Ryan Strain shot over from 10 yards after getting the better of Barry Maguire and Kelly soon pulled off a superb one-handed stop from Ayunga's header before Solholm did well to stop Alex Greive netting the rebound.

The visitors picked up and Tanser was penalised after blocking Blair Spittal's shot. The wing-back protested his innocence before Van Veen sent Carson the wrong way from the spot.

O'Hara did not reappear after the interval and Tanser's miserable day was complete when he pulled a hamstring in the 52nd minute.

Saints created a steady stream of chances as Strain fired well over after a clearance dropped to him in yards of space, Keanu Baccus headed straight at Kelly from 12 yards and Curtis Main nodded wide from closer in.

The Motherwell goalkeeper then surpassed his first-half stop by throwing himself to his left to guide Main's close-range header away from goal.

Lamie was shown a straight red card following a challenge on Baccus before being involved in a scuffle which saw Maguire and Ayunga booked.

Kelly made further saves from Main, Ayunga and Richard Tait as Motherwell held on with the help of a homegrown midfield trio of Maguire, substitute Dean Cornelius and 18-year-old debutant Kian Speirs, who came close with a late curler.

Hammell set for talks with Motherwell chiefs next week 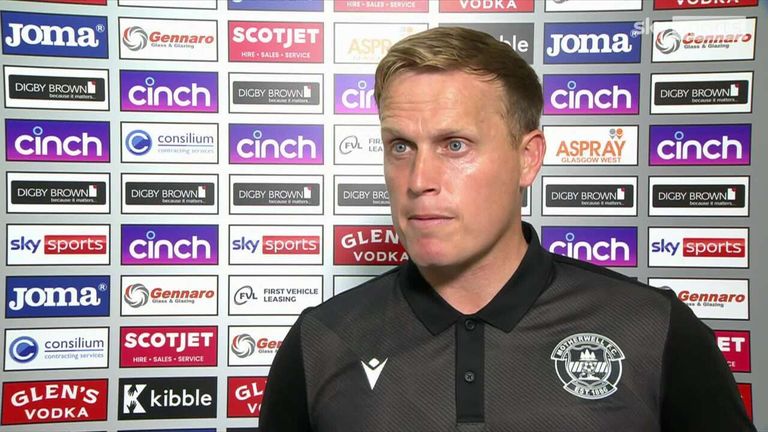 Motherwell's caretaker manager Steven Hammell reflects on their opening day 1-0 win against St Mirren and insists the club must move forward after a positive start.

Steven Hammell will have talks with Motherwell directors next week after cutting short his summer holidays to mastermind victory over St Mirren.

"I got the first couple of days off in about four years and then I got the phone call," he said.

"I had to book a boat back. My car and my family are still over there so I am leaving here to go back and get them and then come back in on Monday morning. So it's been a lively couple of days.

"The chairman (Jim McMahon) spoke to me after the game and we are going to have a little chat in the next couple of days, along with myself and (chief executive) Alan Burrows, and see what the best thing to do is.

"With the fans and the relationship I have got with them, whatever they deem is the best thing for the football club, we will get after that.

"The last couple of days, I have not thought about it. We wanted to win and we will chat in the next few days. I would imagine there's a lot of people interested in it as well, and hopefully we will have a better answer next week."

Burrows: We are an "attractive" club "I'd like to think that over the last 10-15 years Motherwell's built a decent reputation as a club who likes to work and develop managers.

"We're not a hire and fire type of organisation, we like to work with them to build, so hopefully people look at it as an attractive position.

"The Motherwell job never really changes, it's quite a difficult job by its nature as you're asking people to win in a very competitive league.

"There's a different aspect to the job at Motherwell and that's clearly player development. You're bringing players in to make them better with the purpose of selling them on and also we've got a very established and elite academy that is one of the best in Scotland." 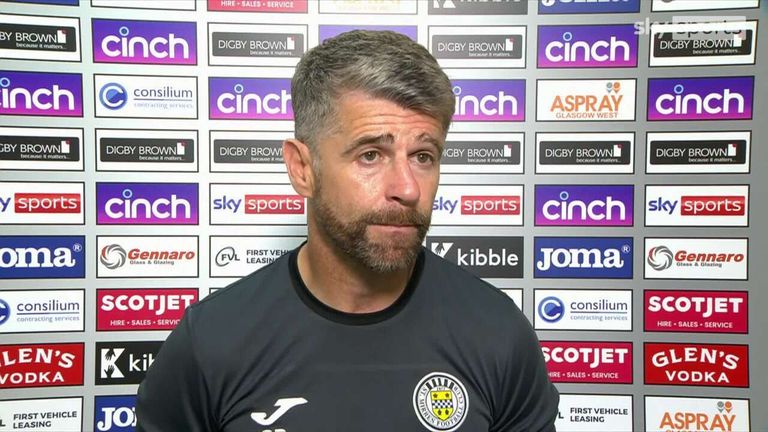 St Mirren boss Stephen Robinson reflects on their 1-0 loss to Motherwell and says he was delighted with their performance but was gutted to lose their first game against the side he previously managed.

St Mirren manager Stephen Robinson dismissed a pre-match report that claimed he was Motherwell's first-choice replacement for Alexander, who succeeded him at Fir Park.

"It's not true in any shape or form and I find it incredible in modern society that people can put that in writing and have it believed without repercussions," he said.

"That unsettles everybody at St Mirren but I'm totally committed to the job here."

Robinson, who admitted referee John Beaton was correct to give the penalty for Scott Tanser's handball, added: "I think anyone can see that this was a game we shouldn't have lost. We've created so many chances but met a goalkeeper in
inspired form. It's a long time since I've seen a performance of that calibre.

"We had opportunities where we didn't test Liam but, with the form he was in, I'm not sure we would have scored anyway."

What's next for St Mirren and Motherwell?

St Mirren return to action next week with a trip to Aberdeen on Saturday August 6; kick off 3pm, as Stephen Robinson's side look to get off the mark with their first points of the new Scottish Premiership season.

Motherwell, meanwhile, play the first game of the new season at Fir Park against St Johnstone next Saturday on August 6; kick off 3pm. It remains to be seen whether Steven Hammell will remain in caretaker charge.