Manchester City striker Sergio Aguero storms to the summit this week after netting a record-breaking hat-trick in a 6-1 win against Aston Villa, with team-mates Riyad Mahrez (No 2) and Gabriel Jesus (No 4) also getting on the scoresheet.

Danny Ings (No 3) scored his 10th goal in as many starts during a 2-1 win at Leicester to maintain his ascent up the chart, helping Southampton record their fourth win in five games and climb clear of the relegation zone.

Watford were also languishing at the wrong end of the table a month ago but have transformed results under new boss Nigel Pearson, with Abdoulaye Doucoure (No 5) and Troy Deeney (No 7) among the goals in a 3-0 win at Bournemouth.

Chelsea full-back Cesar Azpilicueta (No 6) continued his fine form with a match-topping number of touches in a 3-0 win over Burnley, assisting Callum Hudson-Odoi for his first goal in the Premier League.

Both Merseyside clubs have representatives among the top performers, with Trent Alexander-Arnold (No 8) featuring in Liverpool's win over Tottenham, and Richarlison (No 10) netting the winner for Everton against Brighton.

In terms of each club's top performer, Miguel Almiron is perhaps the most rejuvenated and relieved, having broken his 26-game duck for Newcastle in the Premier League before Christmas and scoring against Wolves on Saturday. 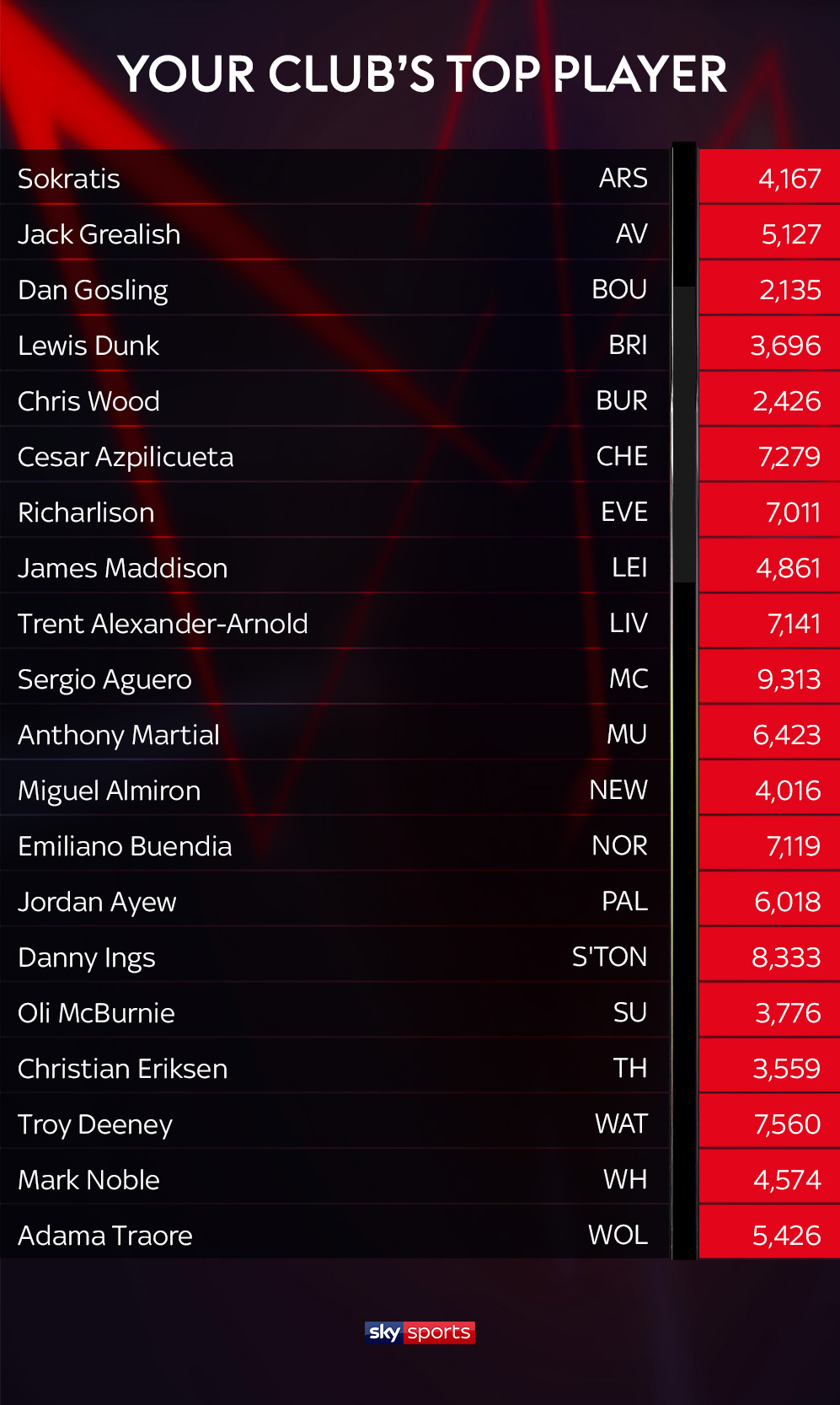