Tottenham head coach Jose Mourinho says he would not swap Giovani Lo Celso for Bruno Fernandes after Spurs missed out on the Portuguese midfielder last summer when they signed Lo Celso.

Tottenham had opened talks with Sporting Lisbon over a deal for Fernandes at the end of last summer's transfer window with Fernandes claiming he agreed a deal with Spurs, but they eventually signed Lo Celso on a season-long loan from Real Betis while Mauricio Pochettino was in charge of the north London club.

Lo Celso then made his move permanent under Mourinho in a £27m deal in January when Fernandes also joined Manchester United for £68m.

Since his arrival, Fernandes has been a revelation at United having been directly involved in eight goals in his eight Premier League appearances, while Lo Celso is yet to register a goal or an assist in his 21 league games for Tottenham.

Asked whether he regrets Tottenham missing out on Fernandes last summer, Mourinho told Sky Sports News: "I don't know anything about that, but if that is true, and if Giovani Lo Celso was the player that came to Spurs [instead of Bruno Fernandes], then I would say I wouldn't change Giovani Lo Celso for any player.

Despite scoring just twice in 30 appearances this season for Tottenham, Lo Celso has impressed with his flair and creativity, recently shining in their 2-0 home win against West Ham.

The Argentine initially found game time limited under Mourinho but has now become a key part of his plans having started 11 of Tottenham's last 15 games in all competitions.

Mourinho has praised Lo Celso's positive attitude and feels there is plenty more to come from the 24-year-old, who is currently playing through injury.

The Portuguese boss said: "I came to the club and he wasn't playing. I think the only match he started was Red Star Belgrade away in the Champions League - apart from that he was not playing.

"When I arrived I went in other directions and he did exactly what I love a player to do: 'I'm going to show you'.

"[There was] no spoiled kid reactions, no crying, no moaning, no agents and family throwing messages to the press and to the social media. It was just between him and me: 'I'm going to show you', and he showed me step-by-step.

"When he had his first start: 'Goodbye, I give you no chance and this place is mine'. In this moment, what people can see from him is an injured player playing, or a player that during the week is not working like the others.

"He's working with lots of different conditions to try to play and to try to resist until the end of the season so what you see from Gio now is not the end product - he's a fantastic player for us."

Mourinho: No story behind benching players

Lo Celso did not start in Tottenham's return fixture from the coronavirus shutdown against Manchester United, while Mourinho has also kept usual centre-back regulars Jan Vertonghen and Toby Alderweireld on the bench for Spurs' two comeback games.

Mourinho said: "We all - including players, our fans and the media - have to get used to Tottenham having top players on the bench.

"It looks like you accept that at [Manchester] City, Liverpool and Chelsea. You accept that Scott McTominay, Bernardo Silva, Willian and Alex Oxlade-Chamberlain are all on the bench but at Tottenham when a player is on the bench there's always a story behind that, but there is no story.

"We want to be a top team and we want to have a top squad."

Jose: I have no problem with Ndombele

Tanguy Ndombele, Tottenham's £54m record signing from Lyon, has been an unused substitute in the club's last three games and in recent weeks reports have emerged from France that Ndombele is not happy and wants to leave.

Mourinho admits Ndombele has enjoyed a difficult period since he took over he remains optimistic the France international can become a success at Spurs.

"I know when I arrived there were problems. Injuries, small injuries, physical condition and that broke that initial impact when a player starts working with the manager and it broke the immediate impact you can have with other players," Mourinho said.

"Football is full of players who have made difficult starts and then ended well.

"There is no problem, there is no story. We are a big club with very talented players."

Tottenham defender Eric Dier continues to await a verdict from the Football Association following his charge for misconduct in April.

The charge relates to an incident after Spurs' FA Cup exit at the hands of Norwich in March, which saw Dier climb into the stands at the Tottenham Hotspur Stadium and seemingly confront supporters.

But Mourinho says the fact that Arsenal midfielder Matteo Guendouzi was not charged by the FA for appearing to grab the throat of Brighton striker Neal Maupay last month means Dier will also avoid a ban. 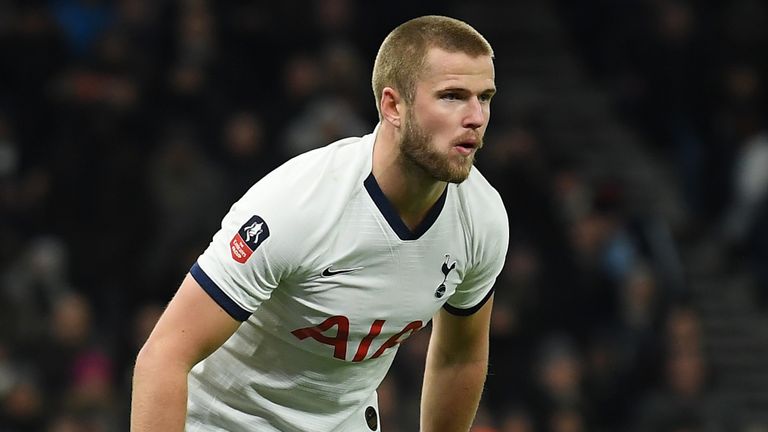 Mourinho said: "Since the moment against Norwich the public opinion coming from different areas, coming from people that were already in his situation, coming from the top professionals in the world of football, there was not one person that thought that the player deserved any kind of punishment.

"This week when I saw what I saw - when a player grabs another one by the neck in front of everybody when the game finishes - I can't believe anything is going to happen to him [Dier].

"I just can't believe it because if that happens [Dier receives punishment] then that's such a huge contradiction and I don't know how we can accept such huge contradictions, so I don't think he can be punished for something that he didn't do when sometimes things happen on the pitch in front of the eyes of everybody so honestly I don't believe [he will be punished]."

Asked whether he expects a verdict on Dier's charge soon, Mourinho responded: "Yes, that's what I expect."