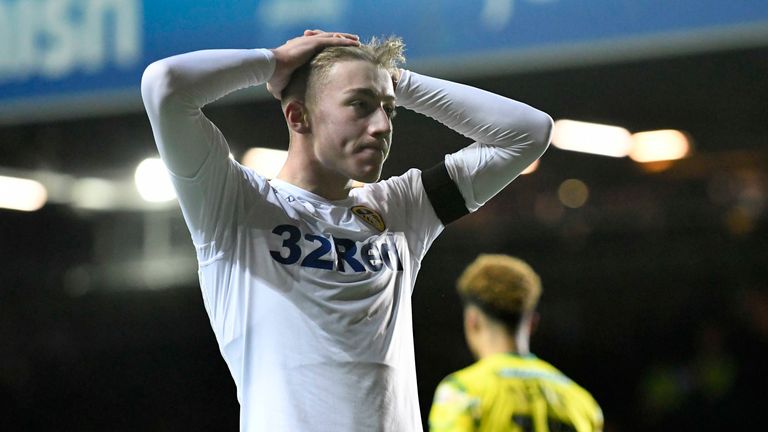 Jack Clarke's imminent transfer from Leeds to Tottenham is "the wrong move", according to Danny Mills, who added that the youngster will be "nowhere near" Spurs first team next season.

The 18-year-old midfielder is on the verge of completing an £8.5m move to North London after passing a medical on Thursday.

Clarke came through Leeds' youth system and made his senior debut in an EFL Cup game in 2017. The York-born winger scored twice and made two assists in 25 appearances for Marcelo Bielsa's side in 2018/19.

Four of those appearances for the Whites were as starter, and ex-Leeds defender Mills is sceptical over the youngster's transfer value. "You're coming off the bench and it's easier to pick the ball up and run at people, why has Bielsa said 'you are not worthy of more starts?'

"I actually think it's the wrong move, is he going to be in the Tottenham team next season? No chance."

Clarke helped Leeds reach the Championship play-offs last term but was an unused substitute in their two ties with Derby at Elland Road and Pride Park, as Bielsa's team lost 4-3 on aggregate.

Despite registering a regular run in Leeds' first team prior to his Tottenham move, Mills remains critical that the Englishman chose not to remain at a club which, in his view, would offer the youngster more opportunities in 2019/20.

"He's too young, he is going to be nowhere near the first team, there's a lot of potential there, but at this stage it is very very raw and it is purely potential.

"Next season he might've had 15-20 starts and had the opportunity to impress, he now goes to Tottenham and at best he's going to be in the U23 squad.

"Playing games week in week out is what he needs to do, I think this could actually send his career a bit backwards because he is not going to play football."

There's also the Transfer Talk Podcast, the daily UK, Regional and European Paper Talk, plus features across skysports.com and the Sky Sports App