At a time when football grounds have closed their doors, we've asked Martin Tyler to share some of his favourite facts and memories of the homes of clubs around the world.

This week, Sky Sports' Voice of Football is looking at the top five clubs in the Sky Bet Championship and takes us on a virtual visit to Leeds' Elland Road.

Keep an eye on The Football Show on Sky Sports News and @SkySportsPL for some special Tyler's Teasers from Martin. 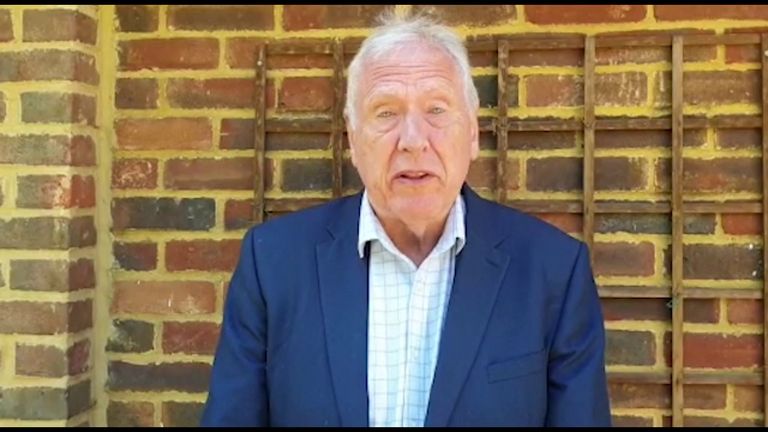 How I get there

Elland Road is a ground I know well. I worked for Yorkshire Television, which is based in Leeds, from 1976-1981. More recently Leeds United were relegated, but it is 16 years ago now and since then I have only occasionally been back.

In my early days I drove from my London base and quickly wore out the cheap second-hand cars I could only afford back then! I went through at least one a season. The trains from London are very good now.

The access used to be up a straight ladder rivetted against the Elland Road end of the main stand and then a walk along gang planks, but it is less taxing now. The view is excellent.

It would be ready for Premier League television coverage if Leeds do earn the promotion which looked so likely when the season came to this abrupt halt.

Originally known as The Old Peacock Ground, it was the home of Leeds City until the club was disbanded after a financial scandal in 1919. There was then a plan to use the site with its clay soil as a brickworks until a newly formed Leeds United stepped into the breech.

My memories of the ground

The fireworks came a day early at Elland Road on November 4th 2000, except if you were watching Leeds United versus Liverpool from Australia with the clocks being several hours ahead.

The mother of Leeds' Socceroo striker Mark Viduka certainly was. Mark told me so before the lunchtime kick-off and on the final whistle blew kisses in her direction into the Sky Sports cameras which were beaming the pictures Down Under.

In between, the £6m signing from Celtic the previous July almost single-handedly destroyed a very in-form Liverpool, scoring all four goals in a thrilling 4-3 victory for David O'Leary's team. It was a wonderful rollercoaster of a contest. Liverpool streaked into a 2-0 lead, Sami Hyppia and Christian Ziege exposing a weakness in the home team by heading in free-kicks.

Ziege must have been thinking about his goal because he delayed a clearance in Leeds' next attack and the ball bounced off Alan Smith into Viduka's path in the Liverpool penalty area. Mark lifted it cleverly over the suddenly-exposed Sander Westerveld. It was 1-2 at half time.

Within a minute of the re-start Viduka was at it again, a superb near post header from a Gary Kelly cross, the type of early delivery strikers thrive on. In truth Liverpool had already had enough chances to sew up the game so it was no great surprise that they went back in front. It was a goal fashioned from the Czech Republic, Patrik Berger sliding the ball in from the left for Vladimir Smicer to score.

Leeds looked to Viduka again and he did not fail them. An opportunity to make it 3-3 seemed to have gone but he did possess extraordinary balance for such a sturdy man. A full 360 degree turn with the ball at his feet gave him a second sight of goal and he planted in his hat-trick.

Two minutes later came number four and the decider, a delightful clip over the goalkeeper similar to his opening goal. These days it would not have passed the VAR test because there was more than a hint of offside but it gave a brilliant game a fitting finale.

It was definitely V for victory for Leeds United on that never to be forgotten day at Elland Road.

The recently-constructed Bremner Square pays tribute to the charismatic captain in the club's glory days. It is also a stylish reminder of the era from the mid 60s to the mid 70s when Leeds United were one of the top sides not just in England but also in Europe.

Twenty years ago European nights were also very special here. Under Marcelo Bielsa you feel the return of the good times could be just around the corner. 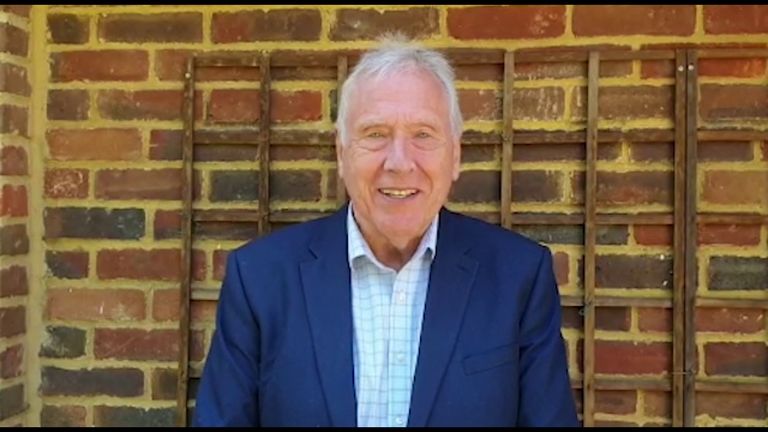 Martin Tyler's question was about Leeds United's last match in the Premier League. Here is the answer.

On Tuesday: Martin brings us his guide to West Brom's The Hawthorns